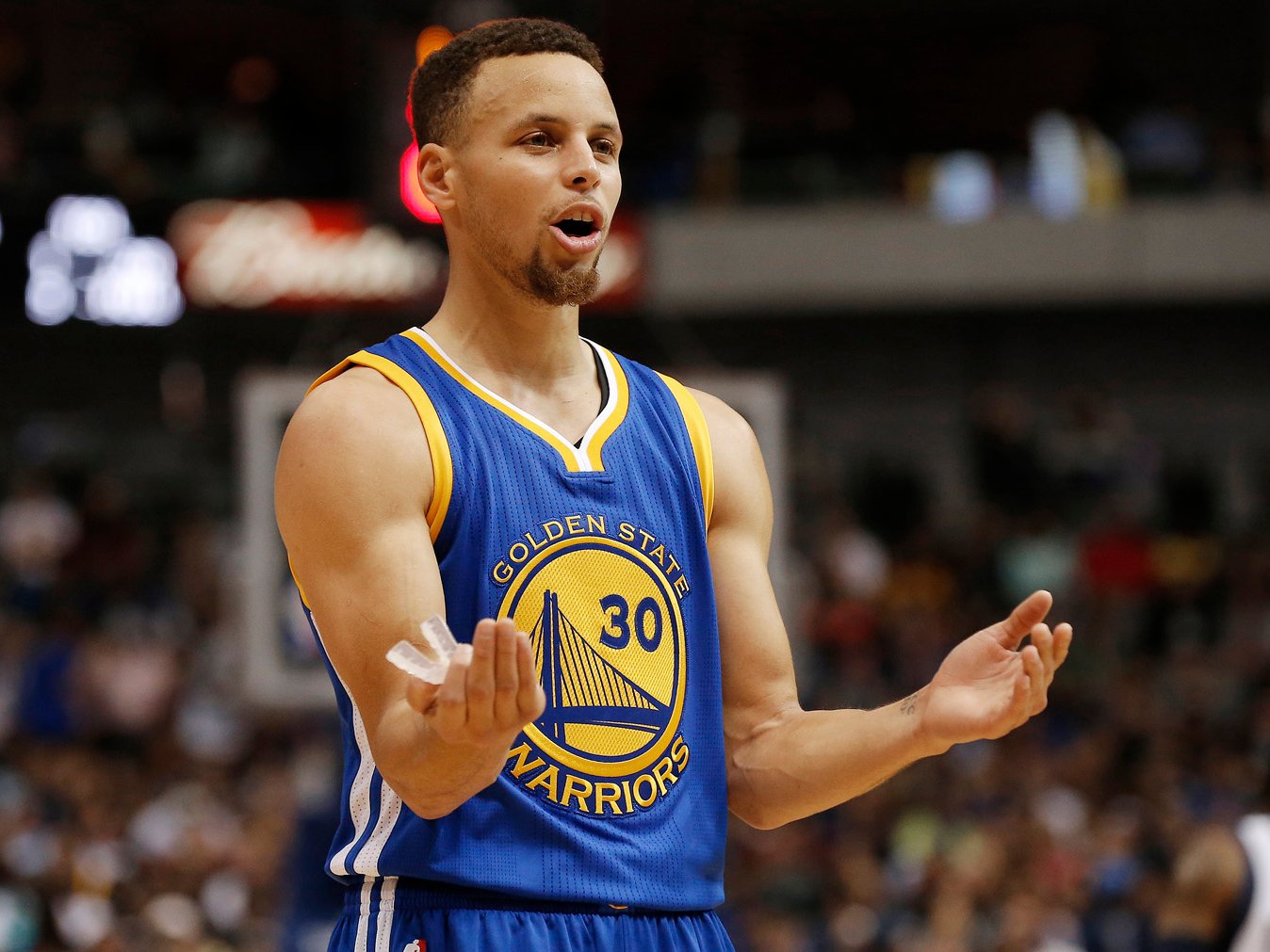 Under Armour’s bet on Stephen Curry has proved to be a genius one.

Curry is the reigning MVP on the NBA’s best team, the Golden State Warriors, he’s the new face of the league, and, according to a Morgan Stanley analyst, worth perhaps $14 billion to Under Armour.

But before Under Armour signed Curry in 2013, he was a Nike athlete.

ESPN’s Ethan Strauss gave an in-depth look about how Under Armour stole Curry — or how Nike lost him — and reveals some embarrassing details about Nike’s presentation to Curry when he was a sneaker-free agent in 2013.

First, according to Strauss, Curry was already feeling slighted by Nike. Curry hoped to be given a youth basketball camp, like many of the NBA’s biggest stars, but didn’t get one. When it came to the meeting, Nike dropped the ball by mispronouncing Curry’s first name and messing up a slide in a presentation:

The pitch meeting, according to Steph’s father Dell, who was present, kicked off with one Nike official accidentally addressing Stephen as “Steph-on,” the moniker, of course, of Steve Urkel’s alter ego in Family Matters. “I heard some people pronounce his name wrong before,” says Dell Curry. “I wasn’t surprised. I was surprised that I didn’t get a correction.”

It got worse from there. A PowerPoint slide featured Kevin Durant‘s name, presumably left on by accident, presumably residue from repurposed materials. “I stopped paying attention after that,” Dell says. Though Dell resolved to “keep a poker face,” throughout the entirety of the pitch, the decision to leave Nike was in the works.

According to Dell, it was also clear that Nike was placing Curry in a category below their top stars like LeBron James, Kevin Durant, and Kobe Bryant.

Few people saw Curry’s rise coming, and it’s possible that Nike didn’t value Curry as highly as their other superstars. When Under Armour, after wiggling their way into Curry’s view, as Strauss explains, offered a contract worth a little under $4 million a year, Nike didn’t match.

Now, Under Armour, which boasts an impressive collection of athletes, is coming after Nike, and Curry is leading the charge. Sonny Vaccaro, a former sports-marketing executive who worked with Nike, told Strauss of Nike losing Curry, “This is Nike’s biggest fear. They can’t overcome this in the shoe business. This is going to be detrimental to them. Psychologically.”