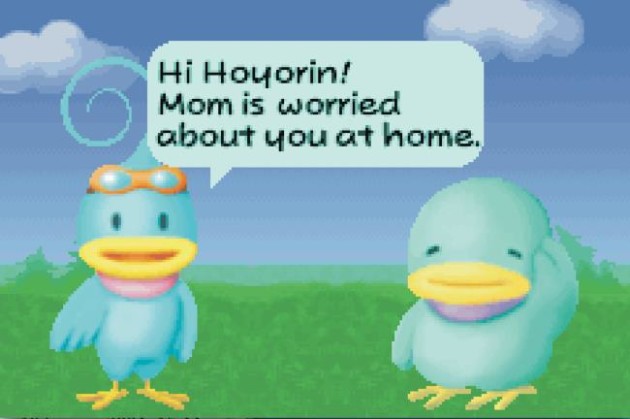 Nintendo has tapped into the import Game Boy Advance library for the Wii U Virtual Console, giving the popular cult hit KuruKuru Kururin its first official launch in North America. This is one of those rare games that also saw a release in Europe and Australia, meaning that the low language barrier won’t even matter because the game already has an English translation.

KuruKuru Kururin follows the story of a bird who flies around in a gyrating helicopter-like craft. I don’t see the purpose of a bird pilot either, but whatever. He must rescue his wayward siblings by piloting through narrow corridors, ensuring that he reaches the goal on time.

Essentially, it’s just a cute little story to douse context onto a fabulous puzzle game. KuruKuru Kururin tasks players with moving a rotating line through curves and 90-degree turns, requiring them to both wait for the perfect moment and reach the goal in a timely manner. It’s a speed-runners delight and will require a lot of practice to perfect.

Great choice to get this ball rolling. Now Nintendo, how about we start seeing some Fire Emblem, or you know… Mother 3?