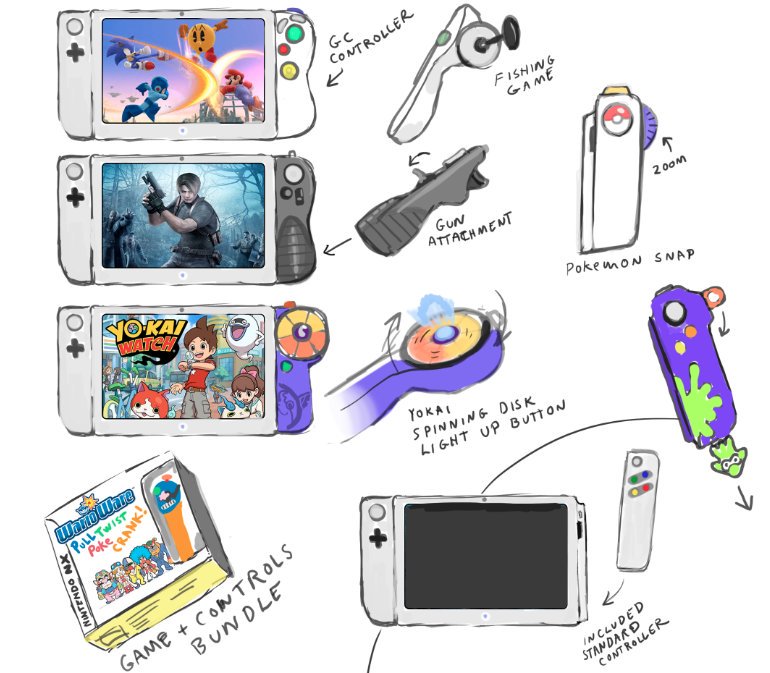 A few days back, we published a story featuring a fan concept of the Nintendo NX. The artist based the concept on rumors surrounding the new console. It turns out the rumors were true.

The Nintendo Switch features two controllers on each side, called Joy-Cons, that slide on and off. The concept took that idea and suggested that games could have unique controllers. Now it looks like the concept might have been close to reality.

Speaking with Bloomberg after the reveal, Nintendo President Tatsumi Kimishima said some interesting things. It sounds like the Joy-Cons could be unique to the software played.

“…in terms of the various ways you can play, you will have to see it together with the software and accessories that we’ll have, which we will reveal in January.”

Obscure? Sure. Kimishima clarifies, though, indicating that we’ll see a “wider array” of accessories for the Switch.

If the Nintendo Switch has swappable Joy-Cons, I hope they come bundled with games.

I just hope we don’t foot too much of the bill at checkout. I also hope these move beyond the realm of gimmick and into fun play mechanics.

We’ll have more on the Nintendo Switch as it comes.