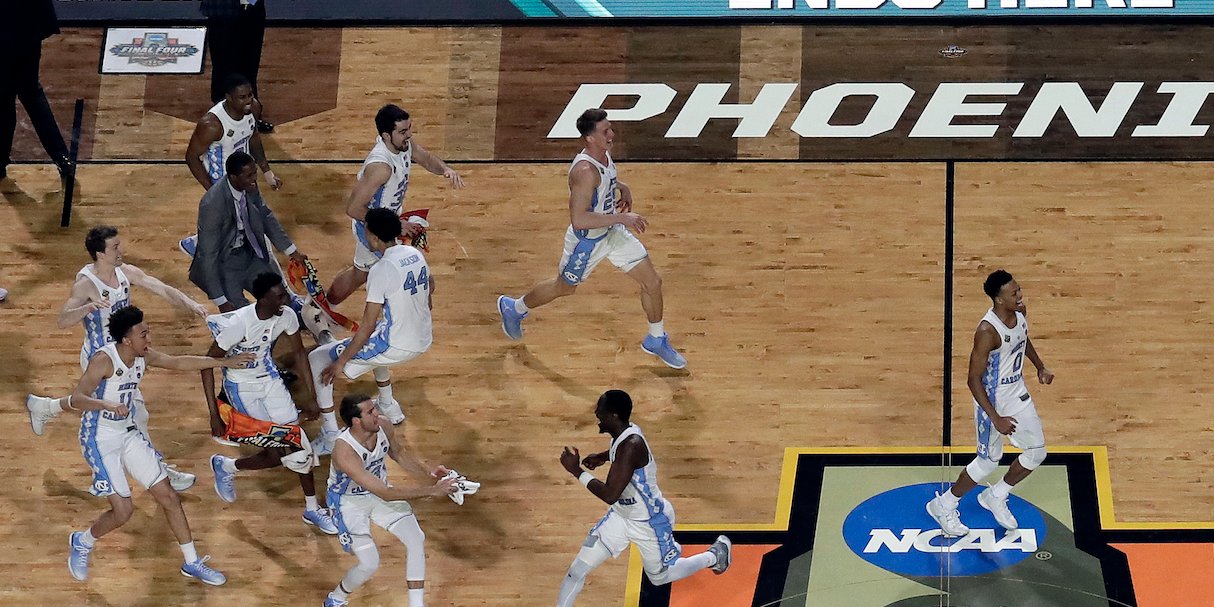 University of North Carolina won the NCAA Tournament Championship over Gonzaga on Monday, grinding out a 71-65 game.

A back-and-forth affair that was largely marked by overzealous officiating suddenly became a tight tug-of-war in the final two minutes as both teams began to hit big shots.

However, it was North Carolina that executed down the stretch, using an explosive final 27 seconds to pull away for the win.

With 50 seconds remaining, North Carolina won a jump ball. On the ensuing possession, Isaiah Hicks made an impressive running jumper, hanging and hitting it with one hand to put UNC up 68-65 with 27 seconds to play.

After a Gonzaga timeout, UNC center Kennedy Meeks came up with a big block on a Gonzaga jumper, with UNC collecting the rebound and throwing an outlet pass to Justin Jackson for perhaps the game-sealing dunk. For good measure, UNC then stole a Gonzaga outlet pass, took it the other way, hit their free throws, and sealed the game.

It all falls apart for Gonzaga pic.twitter.com/I3XQEi9fcX

North Carolina got their vengeance after losing to Villanova last season at the buzzer, via Kris Jenkins’ game-winning three-pointer. This year, they slugged through another bout, paced by point guard Joel Berry’s 22 points.