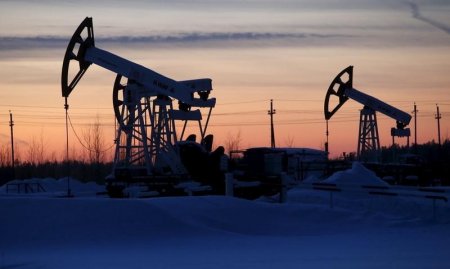 SINGAPORE (Reuters) – Crude oil prices dipped in early trading on Friday as reports of a meeting by oil producers to freeze output failed to convince traders that enough effort was being made to rein in ballooning global oversupply.

The drop in prices came after oil markets rose late on Thursday on the back of strong U.S. gasoline demand and what ANZ bank called a “perennial hope that OPEC members can coordinate supply”.

That hope was stoked by reports that OPEC-members Saudi Arabia, Qatar and Venezuela, as well as non-OPEC producing giant Russia, would meet in March to discuss capping crude oil production at January levels.

But the rally did not last into Friday as traders estimated that a freeze in production would not reduce a glut that has pulled down prices by 70 percent since 2014.

“Capping production at January levels, when the market was pumping out well over a million barrels of crude a day above what consumers need, will in no way reduce overcapacity. In fact, given that Iran has started to return to markets since January, it’ll worsen the glut,” said one senior oil trader.

Despite the glut, prices did receive some support this week from strong demand for gasoline, especially in the United States.

“The idea that gasoline demand is actually rising suggests that perhaps the lower prices of crude are actually prompting a greater usage of this product (gasoline),” said Vyanne Lai, oil analyst at National Australia Bank.