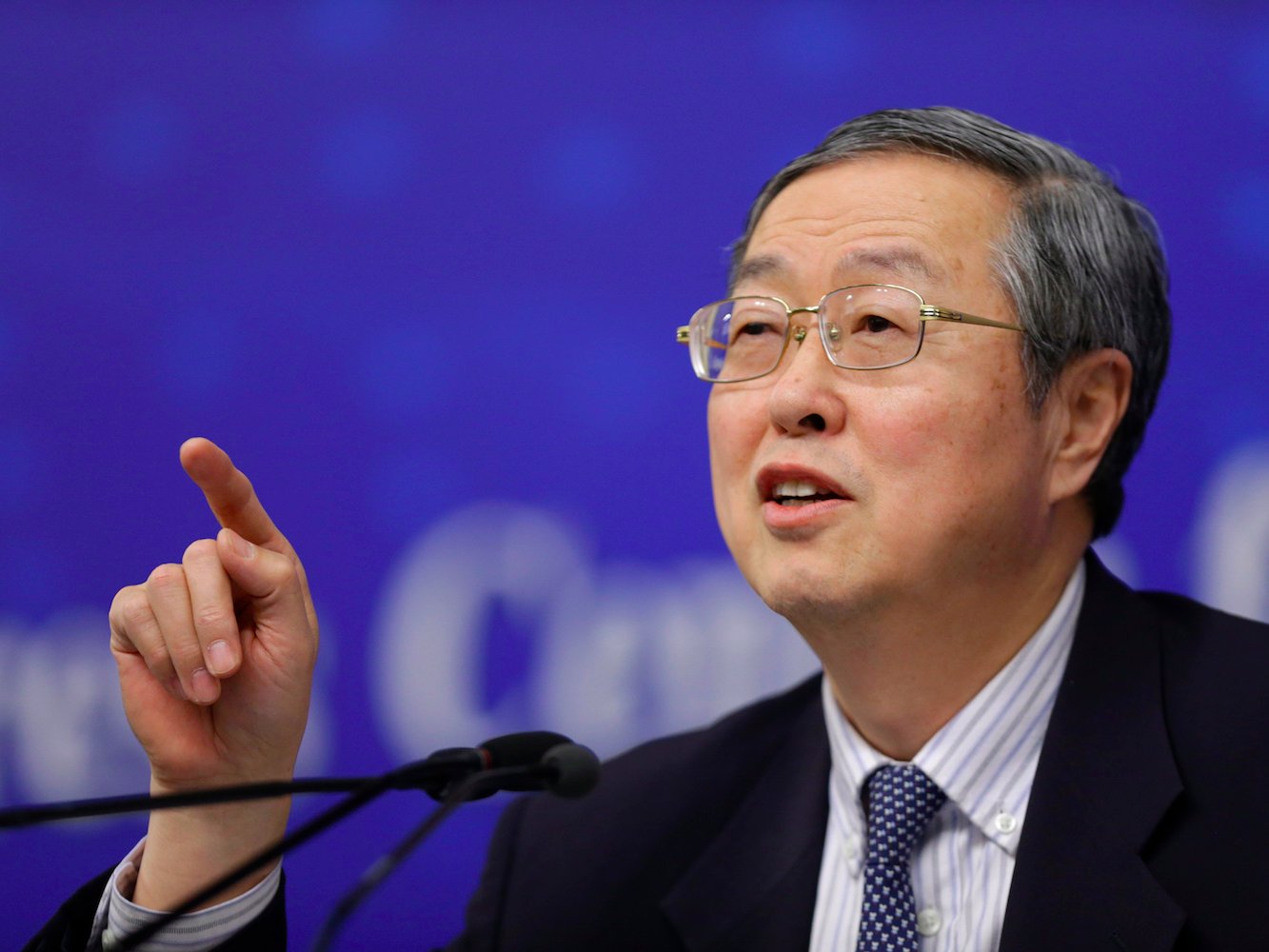 China still has more room and tools in its monetary policy to tackle downward pressure in the economy, and its fiscal policy will be more proactive, central bank governor Zhou Xiaochuan said on Friday.

Zhou, speaking at a conference held by the Institute of International Finance in Shanghai in conjunction with a G20 meeting of central bank governors and finance ministers, also said that the direction of China’s reforms will not change, but that the pace might change.

“Given the current situation of the Chinese and global economy, our monetary policy is now prudent and relatively accommodative,” Zhou said, according to Bloomberg.

He added that there was no basis for persistent depreciation of China’s yuan.

Betting on a further depreciation in the value of the yuan is one of the most popular trades being put on by some of the biggest hedge fund managers in the business.

This trade got particular notice earlier this month when Hayman Capital’s Kyle Bass outlined his view that the yuan would need to fall in value given a dearth of reserves in its banking system.