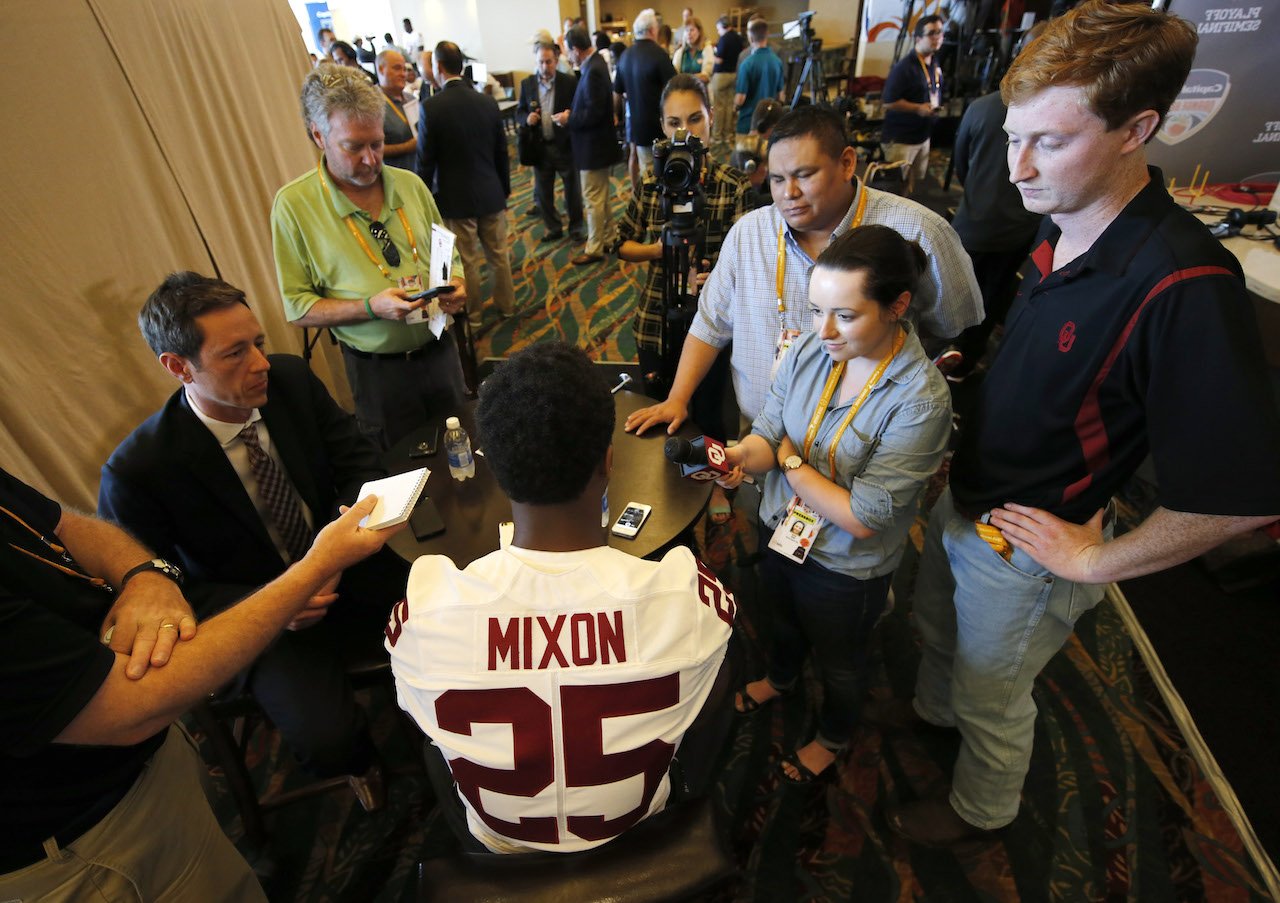 Oklahoma running back Joe Mixon met with the media on Tuesday, his first time talking to reporters since he was suspended for the duration of the 2014 football season for allegedly punching a female student in the face.

The press conference was bound to be a disaster from the start, when university personnel instructed reporters to only ask football-related questions and were warned that, if they brought up the 2014 incident, they would be dismissed from the meeting.

We’ve been told that anyone who asks Joe Mixon a non-football question will be escorted out. I’m ready for lunch anyway.

Reporters shirked this warning, though, and still asked Mixon non-football related questions. Mixon either refused to answer, or had a university official sitting to his left (pictured in a suit above) answer for him:

Joe Mixon on what he learned during his season-long suspension… Only answered football questions. #Soonerspic.twitter.com/F1hwXfKZX2

Mixon also said he didn’t have any regrets about anything:

Reporter: Do you have any regrets at all, to anything, Joe?Joe Mixon: No. #Soonerspic.twitter.com/ciNevjTuc6

For the alleged incident in July 2014, Mixon was charged with one misdemeanor count of acts resulting in gross injury, and accepted an Alford plea deal in which he maintained his innocence while also acknowledging that a jury would have enough evidence to convict him.

Video of the incident was never released to the public, as Oklahoma law at the time didn’t mandate it. That law, incidentally, was changed two days after camera surveillance footage of Mixon’s alleged incident was destroyed. The new state law that came into affect would have made the video public, but because of the timing it never was.

As part of the plea, Mixon received a one-year deferred sentence, mandatory counseling, and 100 hours of community service.

This season, Mixon has been a productive tailback as a redshirt freshman. Oklahoma plays Clemson in the Orange Bowl on New Year’s Day.