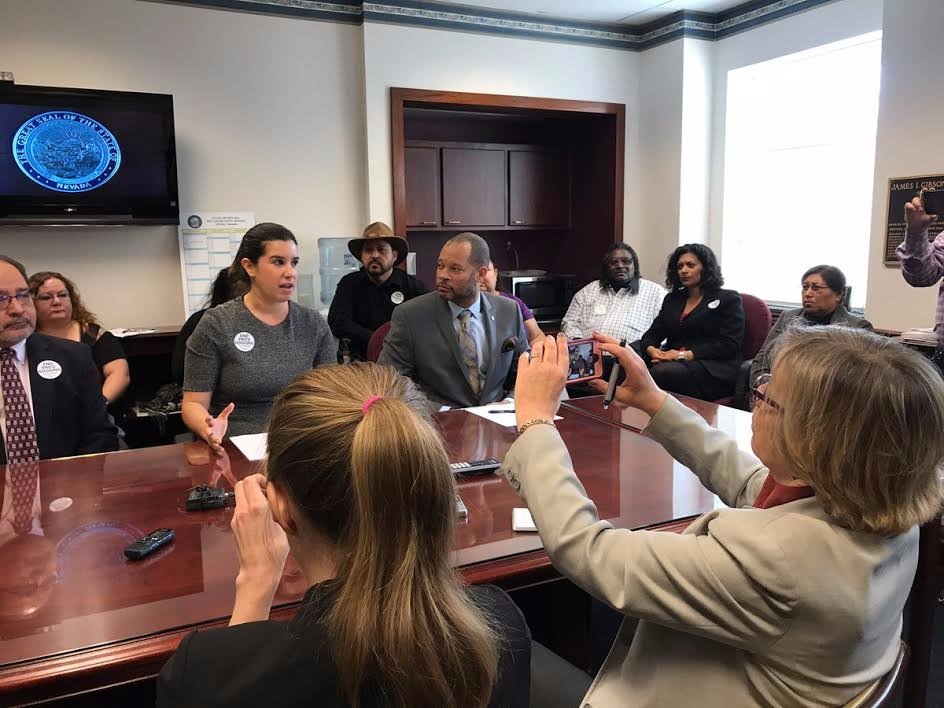 The state of Nevada is taking a new approach to tackling the rising price of prescription drugs with a new bill.

The bill, introduced in March by state Senator Yvanna Cancela, has already faced opposition from lobbyists and nonprofit patient groups that disagree with the bill’s approach to reining in prescription drug spending.

Nevada is one of 23 states with proposed legislation to take on the rising cost of prescription drugs. But unlike others that focus on drug prices in a general sense, Cancela’s bill focuses on two specific groups of drugs that are used to treat diabetes: insulin and biguanides.

It’s the latest milestone in government actions at the local, state, and national levels that attempt to change the way we spend money on prescription drugs.

Why Nevada is targeting drugs to treat diabetes with its legislation The list price of Humalog and Novolog, two short-acting insulins, over 20 years. The list prices don’t factor in any rebates or discounts the drugmaker pays out.Andy Kiersz/Business Insider

Insulin, a hormone that healthy bodies produce, has been used to treat diabetes for almost a century, though it’s gone through some modifications. In the past few years, the list price of insulin has increased routinely.

The list price of the most commonly used insulins have increased roughly 300% over the last decade. Technically, there’s no “generic” insulin, though a cheaper version of a long-acting insulin did come on the market in 2016. There are cheaper medications for biguanides, such as metformin, which are used to treat Type-2 diabetes.

Before becoming a state senator, Cancela worked as a director for the Culinary Workers Union in Las Vegas, which represents about 60,000 workers. The union pays for its members health insurance through a self-funded trust, which Cancela told Business Insider gave the organization a lot of access to details about how its health funds were being spent. One of the drugs she noticed was becoming a problem for members was insulin.

There are roughly 281,000 adults living in Nevada, or 12% of the total population, that have one of the two types of diabetes, with another 39% in the prediabetes stage, in which blood glucose levels are elevated but not to the point of type-2 diabetes. Because diabetes is one of the biggest medical problems in Nevada, Cancela said, it made for a perfect starting point to introduce legislation.

Here’s what the bill wants to do

The Nevada bill, known as SB265, takes four main approaches to confronting the drugmakers that make insulin and biguanides to treat diabetes.

No shortage of pushback

Like most legislation that tries to rein in prescription drug spending, SB265 is facing its fair share of pushback and criticism.

Cancela said there’s been around 70 lobbyists who have come in for the session to oppose the bill, which is more than double the number present for Nevada’s 2015 session, according to The Nevada Independent. There’s also been a number of patient groups that have spoken out as well, including those representing people with lupus and epilepsy.

“Proposed legislation in the Nevada State Senate unfairly targets people with diabetes, would be a major windfall for health insurance companies, and leaves patients wondering who’s next,” Lupus of Nevada said in a Facebook post. “We’re specifically worried that Nevadans with Lupus could be singled out.” A Type 1 diabetes patient holds up bottles of insulin.Reuters/Lucy Nicholson

A letter from Novo Nordisk — a company that manufactures insulin and other diabetes medications — argued that the bill doesn’t take into account the rebates drug companies pay out to middlemen. That issue was raised in a number of the letters opposing the bill.

“This proposal would impose significant new, complex and punitive requirements on drug manufacturers when manufacturers already provide competitive discounts to payers and represent only a single component of the enormously complex US drug pricing and distribution system,” the company said in the letter. “This complexity, which the proposed legislation fails to address, has resulted in confusion around what patients pay for medicines.”

To be sure, there’s more to the story than just the list price a manufacturer sets. Along the way, there are as many as five companies that have a stake in the price of a medication. But there’s a lack of transparency about the portion each player gets. To counter that, some drug companies have started disclosing their net prices, or the amount it actually receives in return for the drug after factoring in any rebates or discounts paid out to middlemen.

Sanofi noted in its opposition letter that its net price for Lantus, a long-acting form of insulin, fell over five years.

Sanofi said in a statement to Business Insider:

“Sanofi believes this legislation will fail to achieve its intended purpose and may actually restrict patients’ access to important medications. As a company founded on and committed to science and improving health, we understand that affordability and access to our products is critical for patients and society, and we are committed to working with all stakeholders to ensure patients have affordable access to the treatments they need in a system that is sustainable and continues to promote ongoing investments in science and innovation.”

Others, like Ken Thorpe, the chairman of the Partnership to Fight Chronic Disease (a group that partners with a number of healthcare companies and patient organizations) and a health policy professor at Emory University, criticized the idea that the bill is a way to help those living with diabetes. He argued in a piece in the Nevada Appeal that the price caps won’t keep people from getting diabetes.

“If they’re really trying to get the cost of healthcare to grow at a slower rate, this is not the way,” he told the Appeal. Instead, he said, there should be more of a focus on preventing diabetes.

Cancela said that’s something she’s working on as well, calling SB265 “one piece of the puzzle.” She has another piece of legislation that would promote urban agriculture to increase access to healthy foods in low income communities.

The bill is still with the Health and Human Services committee, meaning it needs to clear the Assembly and Senate before it makes its way to the governor.

But of course, drug price bills have failed in the past. In November 2016, Californians voted against a proposition that would’ve capped prescription drug prices at what the Department of Veterans Affairs pays for them.

Cancela understands that it’s not going to be an easy ride.

“We’re trying to do something that’s never been done before,” Cancela said.