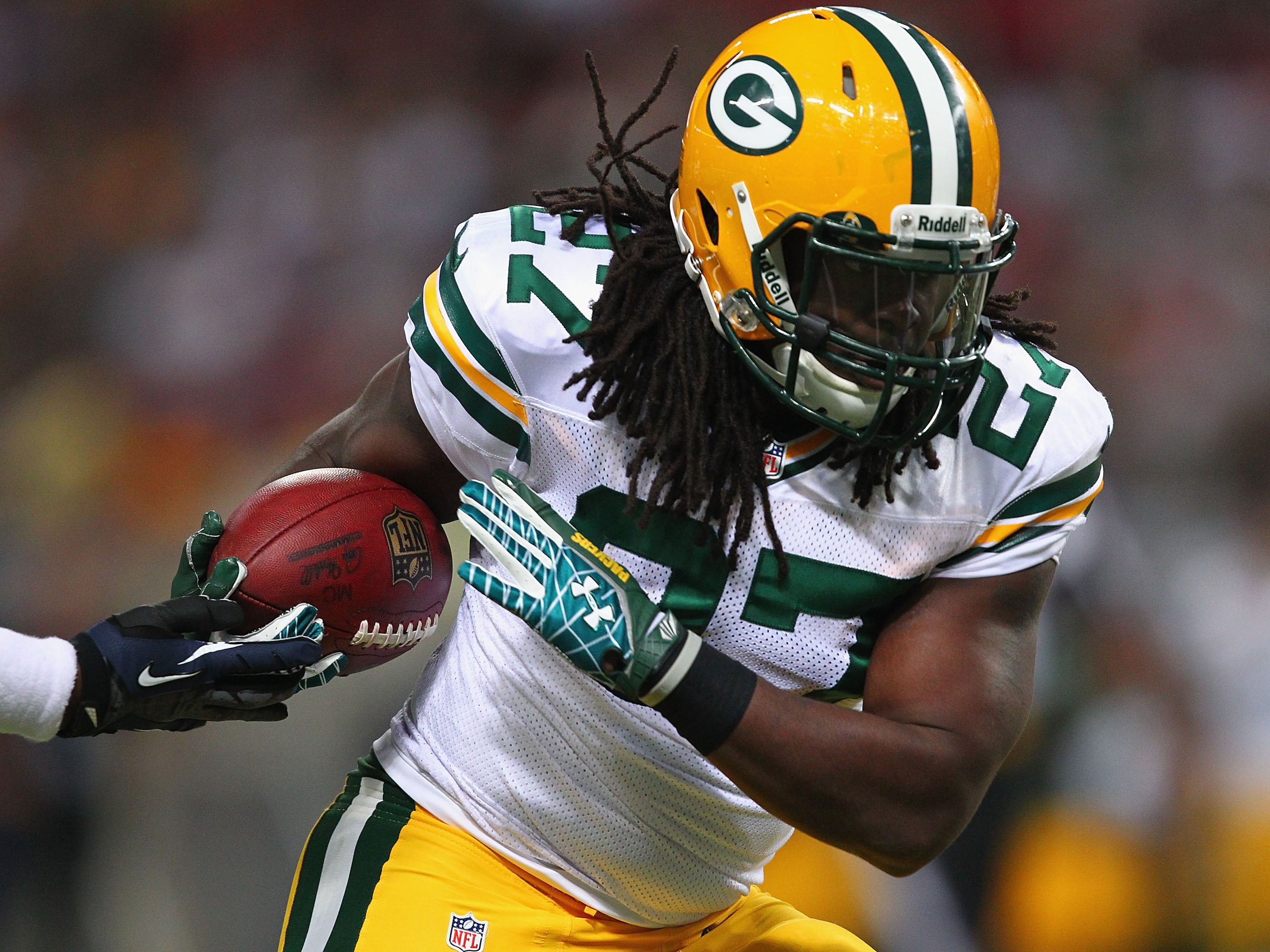 Eddie Lacy’s struggles to cut weight and stay in shape have come to define his short career as an NFL running back.

After an underwhelming 2015 season in Green Bay — during which his weight-gain was mocked by everyone, even ESPN — Lacy was informed by Packers’ head coach Mike McCarthy that he needed to lose weight if he wanted to see the field next season.

So over the off-season, Lacy flew out to Jackson Hole, Wyoming, and embarked on a rigorous two-month boot camp with fitness guru Tony Horton, founder of the popular exercise series P90X.

By all accounts, their time together benefited Lacy — and Horton.

So Horton put Lacy, and himself, through the workout wringer. Here, from the Press-Gazette, is a taste of their routine:

“I wasn’t here to do football stuff,” Horton said. “I mean, I made him do yoga. We went to boxing classes. We did P90X, we did P90X2, we did 22 Minute Hard Corps, we did a lot of my personal workouts. We did pull-ups and push-ups until we couldn’t lift our arms. We did everything.”

The toughest session was a plyometric routine Horton has done on Monday nights for the last 15 years. Those who have tried it with him, he said, include musical artist Usher and a number of Olympic speed skaters. Each time, the result is the same: A task as simple as walking will be difficult for the next four or five days.

According to Horton, Lacy had trouble sitting to use the bathroom when he was done.

“He’s a genetic freak,” Horton told the Press-Gazette. “But he took it easy there the last year and a half. Just like anybody else, if you don’t pay attention and think you’re going to get by on pure genetics, it’s going to catch up to you.”

Along with exercise habits, Lacy also learned from Horton the importance of a healthy diet. According to the Press-Gazette, Lacy completely turned around his eating and drinking habits and started taking supplements, with Horton adding, “He didn’t know that healthy food could taste good.”

Born and raised in the suburbs of New Orleans, Lacy developed an affinity for some of the region’s heavier dishes. He ate things like pork and beans, crawfish, fried pork chops and fried chicken, almost all of which were prepared by his father…

And so began the secondary focus of their relationship, with Horton often cooking for both himself and Lacy. He taught Lacy to whip up egg whites and vegetables in more flavorful combinations. He explained that excess alcohol lowers testosterone levels, so Lacy cut back on drinking. When tests showed Lacy was low on Vitamin D and fiber, Horton introduced him to supplements for the first time.

Lacy’s rigorous boot camp seems to have worked, though Horton would not say exactly how much weight he believed the Packer had lost.

Lacy, too, would not give an exact number. When asked by the media how much weight he had lost, Lacy instead revealed that he had learned a valuable lesson about conserving energy.

“Enough to be lighter,” he said.