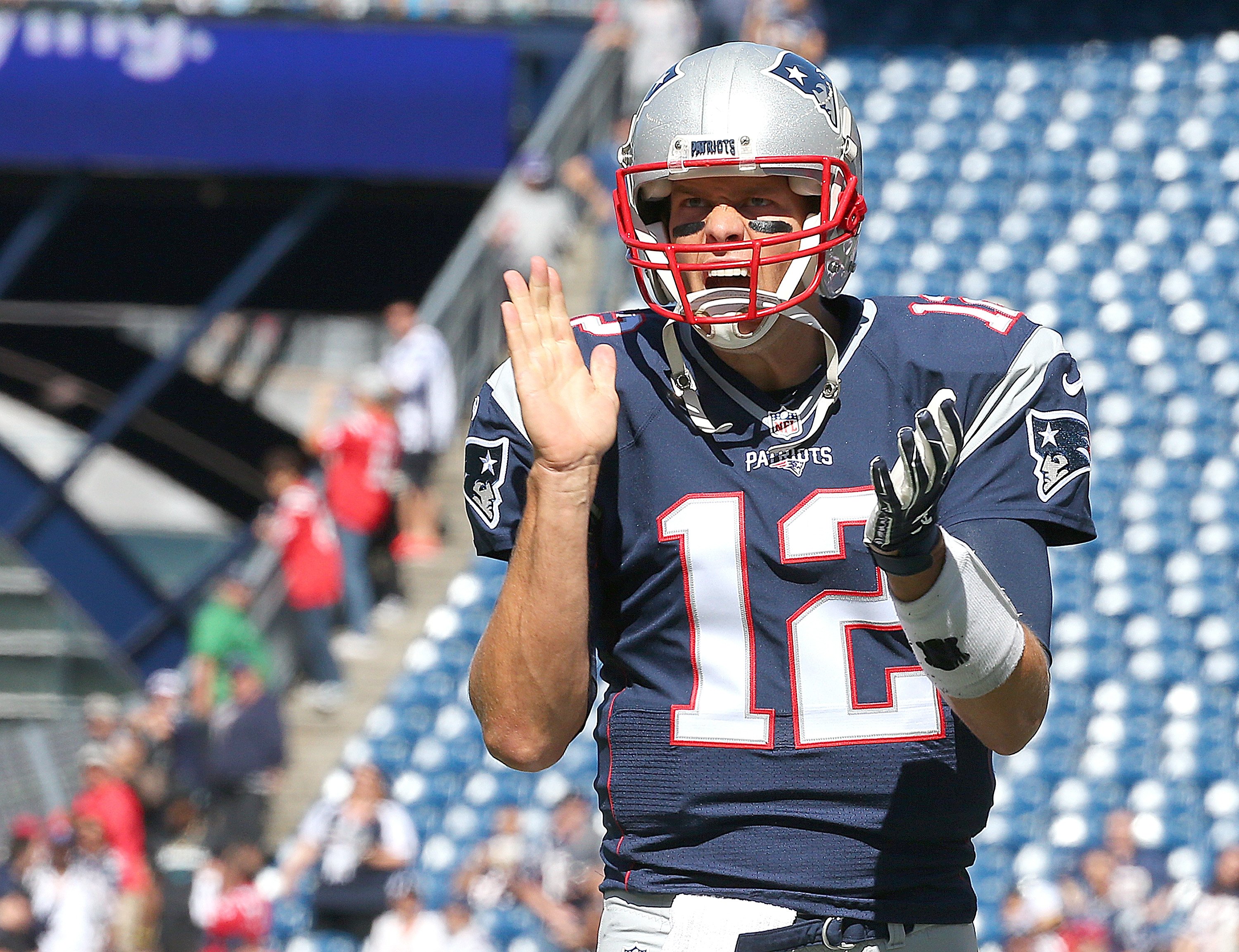 According to Patriots wide receiver Brandon LaFell, it’s not quite the leisurely experience you’d expect from your average game of catch.

In a fun story from Kevin Clark of the WSJ on Tuesday, Brady takes “catch” far more intensely than anything he’s even see.

When you consider the sickeningly healthy diet Brady has himself on; that he’s never tried coffee despite spending his career on a team sponsored by Dunkin’ Donuts, and married to a woman from the country responsible for exporting a third of the world’s coffee; and that he’s 38-years-old and dead set on playing football well into his 40s, it’s really not a shock that he’d also have different expectations for catch.

LaFell, who was thrilled when Brady asked him to play catch in the locker room during his first two weeks in New England, had no idea what he was in for.

“We’re five yards apart, in the locker room, so I’m thinking this will be some soft-touch stuff,” LaFell told Clark. “Then he starts doing his footwork, flicking his hips, just zipping the ball, all in the locker room.”

Brady is running through footwork progressions in the locker room? Throwing lasers? Shocker!

“I’m just looking around saying: ‘Why didn’t anyone warn me about this?’ ” LaFell added, also telling Clark that he wasn’t wearing gloves during their first session. “That’s when I knew this was a whole different approach.”

Beware, Patriots fans: when your fantasies come true and Touchdown Tom asks you to play catch with him, make sure you’ve at the very least got some gloves in your back pocket.