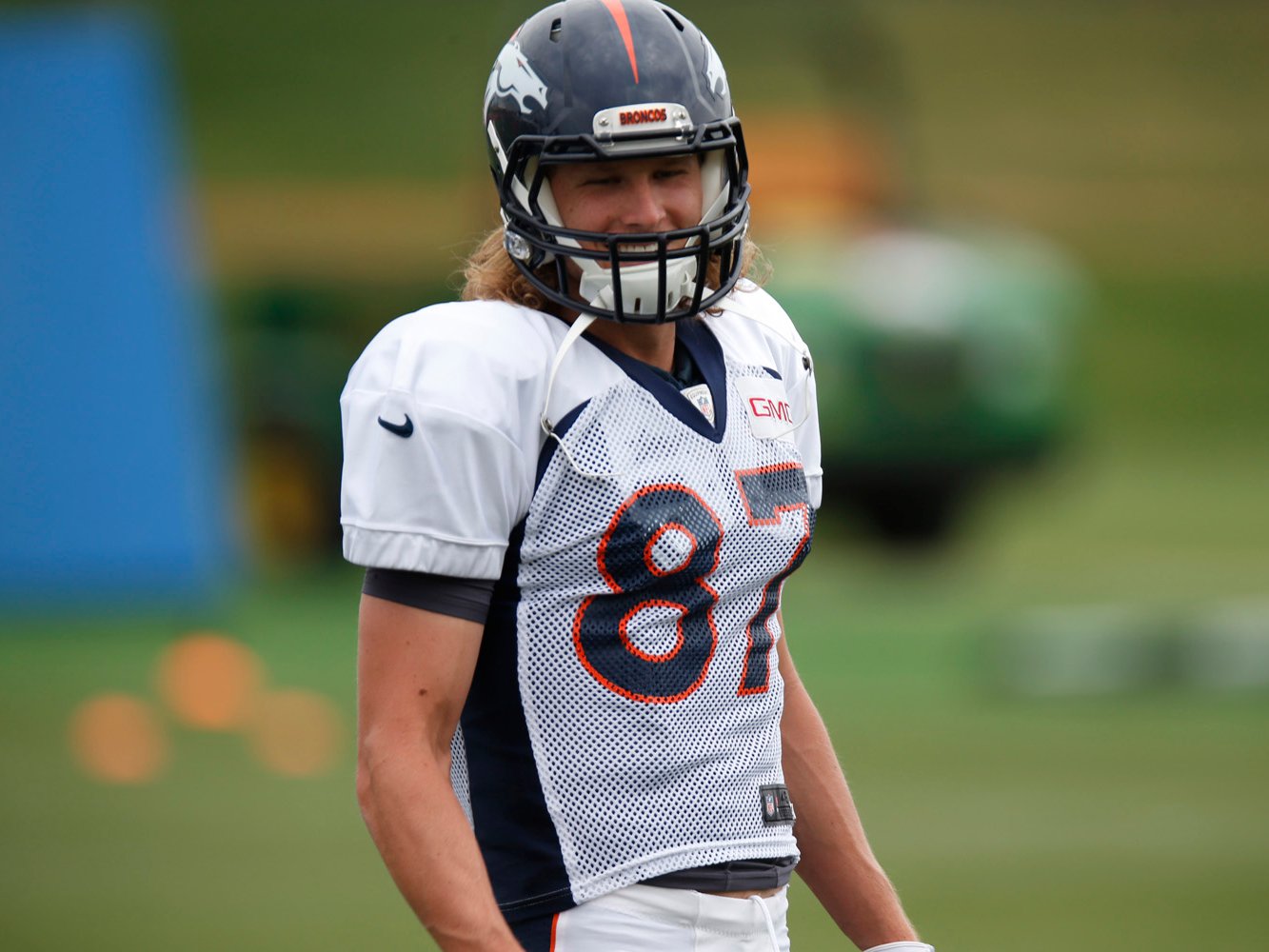 Peyton Manning credits Jordan Taylor, a 23-year-old practice-squad receiver who doesn’t have a single catch in the NFL, for getting him through the season.

While Manning was rehabbing from a foot injury during the regular season, he turned to Taylor to be his warm-up partner, texting him for morning workouts and having Taylor run endless routes.

Since Manning came back in Week 17 of the regular season, he and Taylor have continued those workouts into the postseason.

As a thank-you, Manning helped Taylor out before the team went to San Francisco for Super Bowl 50.

According to Lindsay H. Jones of USA Today, Taylor didn’t have a nice suit for the trip, so he asked Peyton if he had an old one he could borrow. Peyton is 20 pounds heavier than Taylor, so he had one made instead:

“He texts me back and all he said was, ‘I’ll get you set up,'” Taylor told USA TODAY Sports. “I didn’t know what that meant.”

What it meant was Taylor was about to receive his first custom suit. Manning’s suit guy showed up at the team facility in Englewood, Colo. the next day and took all of Taylor’s measurements. The suit and a pair of shirts and ties arrived in time for the team’s Sunday departure, and Taylor proudly wore the fitted gray suit — complete with an orange-and-blue tie and blue-and-white pocket square — on the team flight.

Here’s a look at the spiffy suit:

Manning said to Jones, “He may have been one of the best dressed players on the team coming out here. I just appreciate his help, and I’m excited about his career.”

I feel bad because I was running him into the ground and he hadn’t even started practice yet. I have a bad habit of saying, just one more, and one more can turn into 10 more. I don’t think I could have gotten though my rehab and gotten back if it had not been for him. I am very grateful for his help.