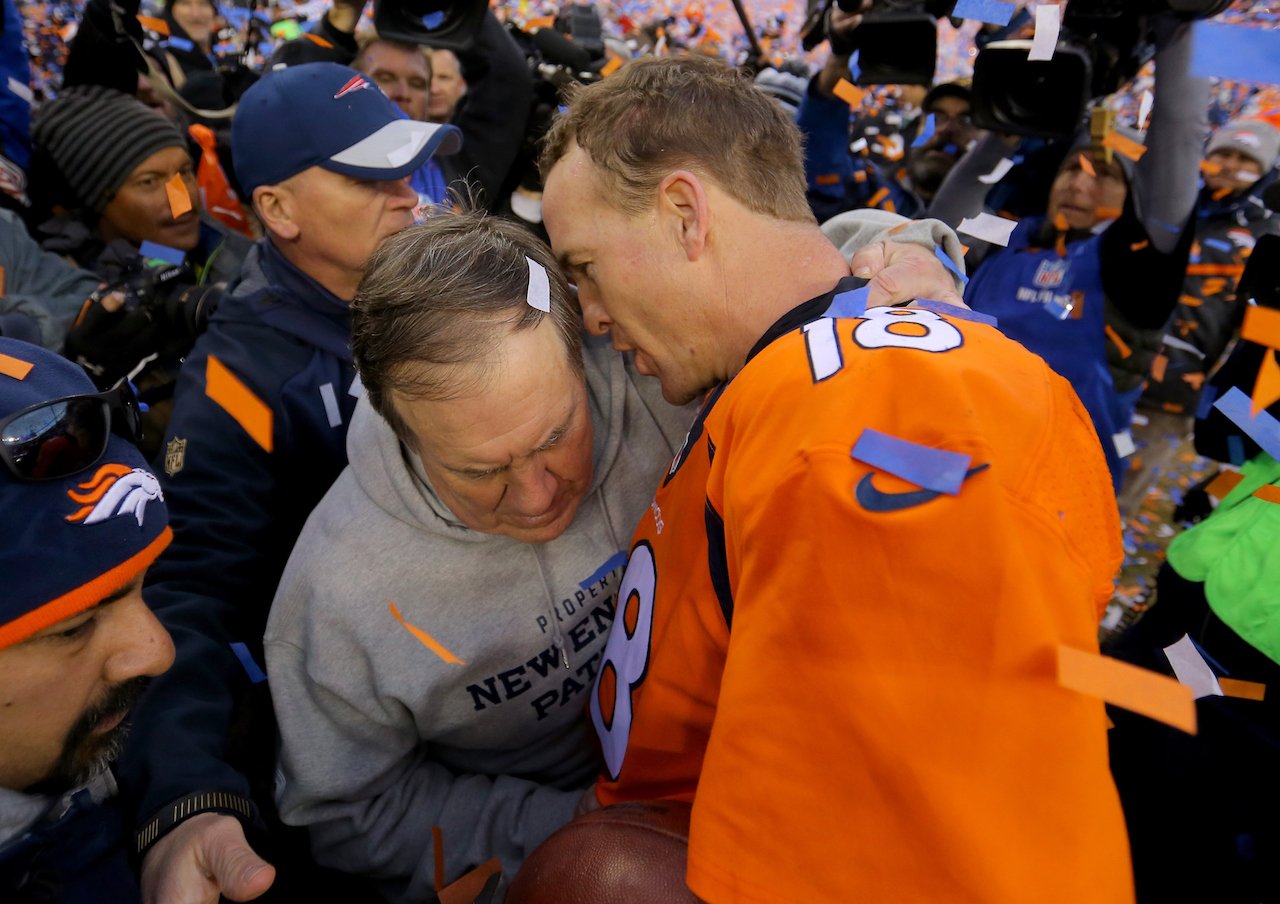 The Denver Broncos advanced to Super Bowl 50 after beating the New England Patriots in what is likely to be the final match-up between Peyton Manning and the New England duo of Tom Brady and Bill Belichick.

Manning has squared off against Brady and Belichick 18 times over the course of his career, and because 39-year-old Manning is likely to retire after the Super Bowl (he can’t untie his own cleats), he spent a while at midfield talking to both individually after the game ended.

Belichick declined to say what he and Manning talked about, but luckily for us, a microphone picked up their conversation.

“This might be my last rodeo. So it sure has been a pleasure,” Manning said.

After the game, Manning spoke at greater length about his rivalry with Brady and Belichick.

From MMQB’s Peter King (via Deadspin):

“I really feel that when everybody tries to analyze me versus Tom and me versus Belichick, I think it’s more about enjoying the games and the rivalry,” Manning said. “And today I hope everybody enjoyed that game. I know I enjoyed being there. That’s what I told Tom and Bill—that I’ve enjoyed this game and I’ve enjoyed all of them. I’ve enjoyed the rivalry and all the games we’ve been in. It’s been such an honor to play against both of them. This is my seventeenth time playing against the Patriots with Tom at quarterback. It’s my 24th against Belichick as head coach or defensive coordinator. I can’t shake either one of them. They are always there. They’re always standing between me and where our team wants to go. What a rivalry. It’s been such a big part of my career. So I wanted to take the time to pass that along to them, with how much respect I have for both of them.”

Manning hasn’t officially announced whether or not he plans to retire. It’s unlikely he’ll be back in Denver next season, but it’s not entirely implausible that another team in the NFL will pick him up. Still, chances are that Sunday was the last time he and Belichick will face off for a shot in the Super Bowl — at least with Manning as quarterback.

NOW WATCH: Cops surprised these kids by bringing Shaq to play basketball with them