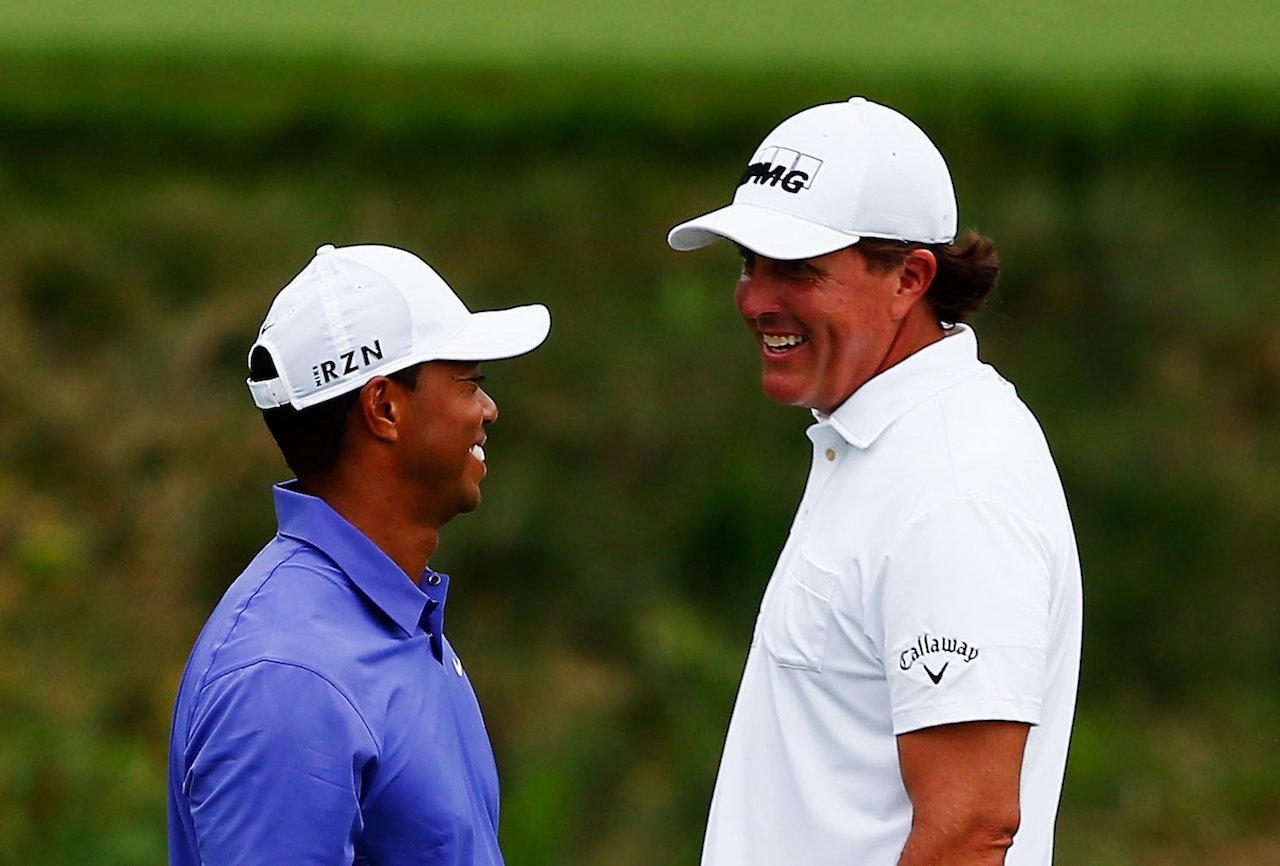 Though it’s unclear when we’ll next see him on a golf course, Tiger Woods has nevertheless managed to capture all the golf headlines this week.

First, reports suggested that Woods’ recovery from his latest back surgery were not going well, and that he could barely walk without feeling pain. Two days later, Woods posted a 13-second video to Instagram of himself swinging a 9-iron on an indoor golf simulator with the caption: “Progressing nicely.”

Whether the 40 year-old, 14-time Major winner will return in time for the Masters is still very much up in the air. And given his recent form, even if Woods were to return, it would be highly unlikely that he provided much of a challenge for Jordan Spieth, Rory McIlroy, Jason Day and the rest of the new generation of golfers that has taken the game by storm.

According to Phil Mickelson, however, none of these young superstars are anywhere near the level of play Woods reached during the peak of his career.

“There is nobody in the game that I have seen that is remotely close to the level of performance Tiger was in his prime,” Mickelson said in an interview with Golf.com. “Mentally, short game, or ball striking, I don’t think anybody matches him in any of those areas. And Tiger put them all together in one to create a career that is mind-boggling in the game of golf.”

The total package bit is key. Even considering the vast amounts of talent currently on tour, no one player seems to quite have it all in the same way Woods did. Which is why it’s so hard to believe anyone can match the Tiger Slam, or put together an extended run as historically great as Woods’ in the early 2000s.

As Michael Shamburger writes in TBL, there are still plenty of terrific golfers on tour these days. One could argue there are more great golfers than when Woods put together his run. From Shamburger:

Will they ever reach Tiger’s level? Probably not, but we don’t have to watch and think “how would these guys do against Tiger in his prime,” when we can just watch and enjoy this group of talented young golfers battling it out every week.