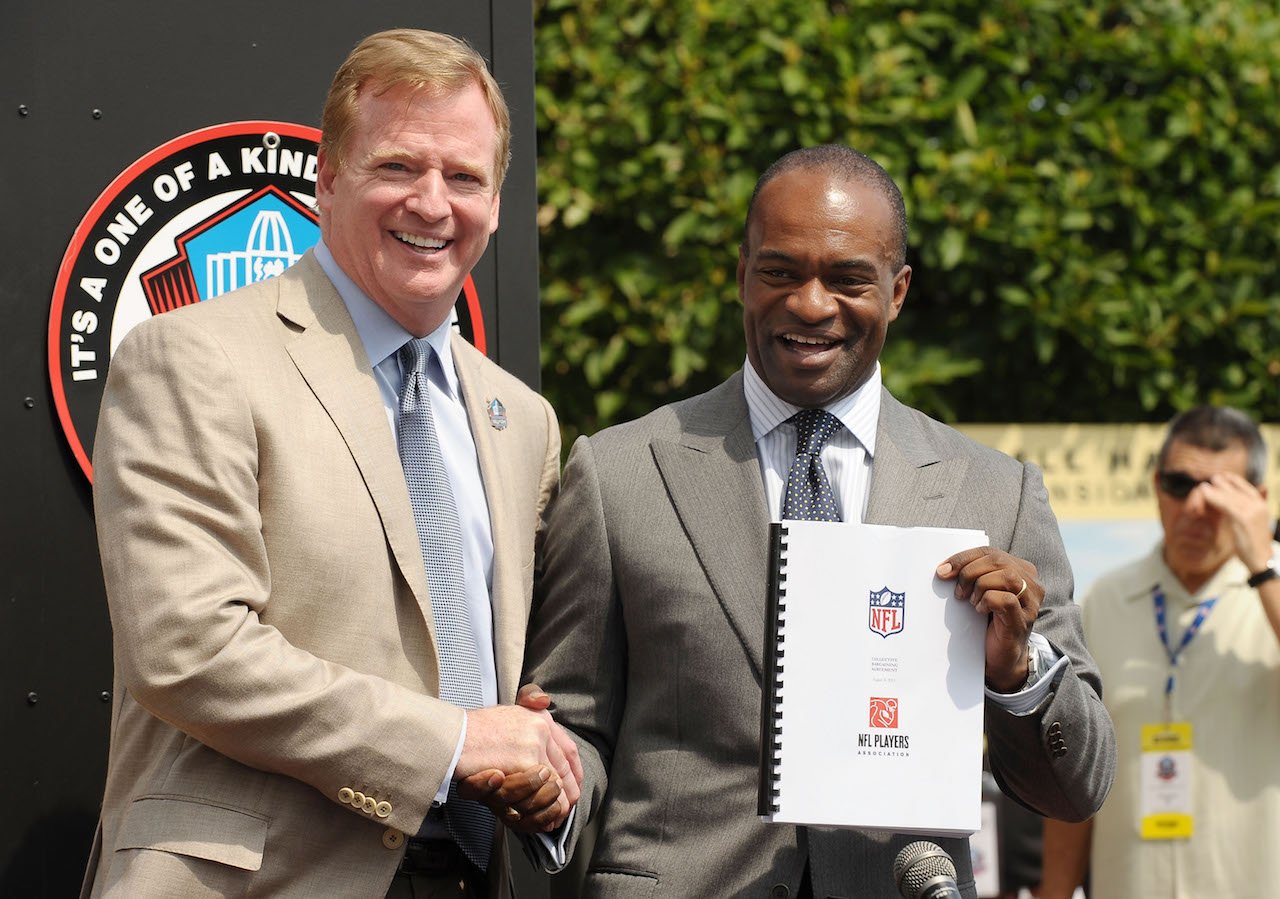 An independent arbitrator ruled last week that the NFL must return over $100 million it withheld from the player revenue pool over the past three seasons, as reported by the The Wall Street Journal Tuesday.

According to the WSJ, the NFL Players Association discovered in January that NFL owners had mischaracterized as much as $120 million worth of ticket revenue over the past three seasons, keeping approximately $50 million in salary out of the players’ pockets.

The dispute centered around the “waived gate” provision of the collective bargaining agreement. Under the current CBA, NFL teams have the right withhold “waived gate” revenue earned from things like luxury box sales and ticket naming rights from the player revenue pool in order to finance stadium construction costs.

This was the NFL’s justification. Deadspin helpfully breaks it down:

That’s what the NFL says they did here, but the arbitrator ruled that “waived gate” revenue revenue counts as typical ticket sales, of which the players receive 40%. That’s how you get the players’ share of around $50 million from $120 million in withheld revenue.

As such, the NFL must return the money to the shared revenue pool immediately.

“The NFL essentially created an accounting exemption that excluded a significant amount of revenue over the period of three years that really belonged to the general revenue pool,” Atallah said. “The impact is north of about $100 to $120 million. The specific impact that it has on the business of football is that it impacts the salary cap number that we calculate every year.”

Atallah added that he wanted to give the NFL the benefit of the doubt and believe they had made an honest accounting mistake, but the way the league handled things once the NFLPA’s team of auditors discovered the error made him skeptical.

“What wound up happening was, when we caught the error, when we caught the accounting issue, we said them, look, this is a problem, you don’t have the right under the CBA to account for the money in this way. Just put it back in the revenue and lets settle it like business partners. And the response that we got from them was, no, we believe we have the right to do this.Go ahead and do what you need to do. So we filed an arbitration, essentially sued them within the system, and we won the decision the decision in our favor, putting the money back in the system.”

“I wish that there was a way that I could present this that didn’t make it look so bad. Again, if I’m going to take them for their word and say that it was a “technical account issue” — which is what their explanation for this is — then why did you not resolve this with us as a business partner when we raised it with you? Why did you take a look and force us to file what essentially was a law suit under our system arbitration process and force you to account for the money in the right way and have a decision come down against that, frankly, is kind of embarrassing.”

In this case, the System Arbitrator recently resolved a technical accounting issue under the CBA involving the funding of stadium construction and renovation projects.

The effect of the decision is principally one of timing; it will increase the number of seasons over which the League’s investments in stadium projects will be recouped from local stadium revenues. The decision should have no effect on the League’s long-standing commitment to stadium improvements; that commitment was most recently reflected in the League’s decision to provide hundreds of millions of dollars in financial support for the Rams’ new stadium in Los Angeles as well as financial support for new stadiums in Oakland and San Diego.

NOW WATCH: How Cam Newton makes and spends his money