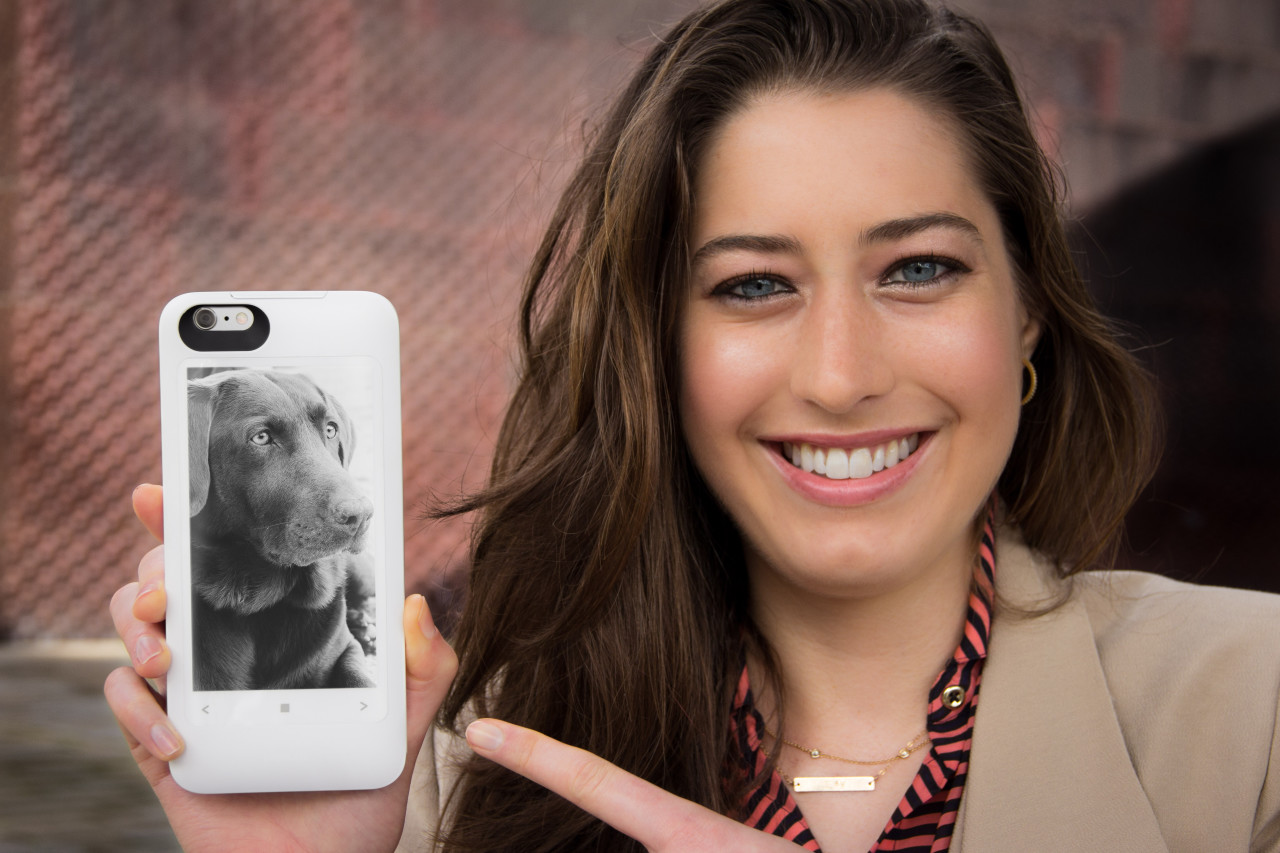 What if the back of your iPhone doubled as an e-ink display? That was the idea that led to the original PopSlate case, but while the possibilities for that second screen might seem endless the actual product was pretty limited. Now the company is back with PopSlate 2, boasting a ton of new features and a dramatically improved design.

PopSlate learned a lot from the original model, and it took all that feedback into careful consideration when creating a follow-up. “Having tens of thousands of Generation 1 devices out there provided invaluable insights for popSLATE 2,” said company founder Yashar Behzadi. “We were able to create a product that effectively transforms your iPhone into a super-phone, by integrating the key functionality of a smart watch, e-reader, and battery case into one thin and elegant device.”

On the hardware front, the PopSlate 2 is 40 percent thinner than its predecessor. It’s available in a larger size for the iPhone 6 Plus and iPhone 6s Plus, while the original only came in one iPhone 6-sized option. The case also features three new capacitive buttons for navigating that shatter-proof e-ink display.

Another big change is the decision to include a Lighting plug, which connects PopSlate 2 directly to your iPhone. That means the case’s built-in battery can help power your smartphone, offering an extra five hours of web browsing. You can also charge both phone and case simultaneously with a single wire.

Even more exciting than the revamped design is all the new software included with PopSlate 2, which comes bursting with special features. There’s a social media dashboard and a digital wallet for storing tickets, membership cards and boarding passes. You can use the e-ink display to read books like you would on a Kindle, check sports scores for your favorite teams or just check the time without ever waking up your iPhone

The case can also run up to five of these simplified apps at once in the background, so you’ll have access to tons of information at all times. Jumping between those apps is as simple as tapping the capacitive buttons.

Overall, this new case seems like a huge improvement over the old model. It packs in pretty much every feature we wished was included in the original PopSlate, along with a few we never even thought to ask for. We’re looking forward to getting our hands on a review unit in the next few months, but if you’re interested you can pre-order one for yourself right now.

PopSlate 2 is available in black or white on Indiegogo for as little as $69 thanks to an early bird special. Once the case actually launches it will cost $129 for the smaller iPhone 6/6s version and $149 for the larger Plus-sized model.