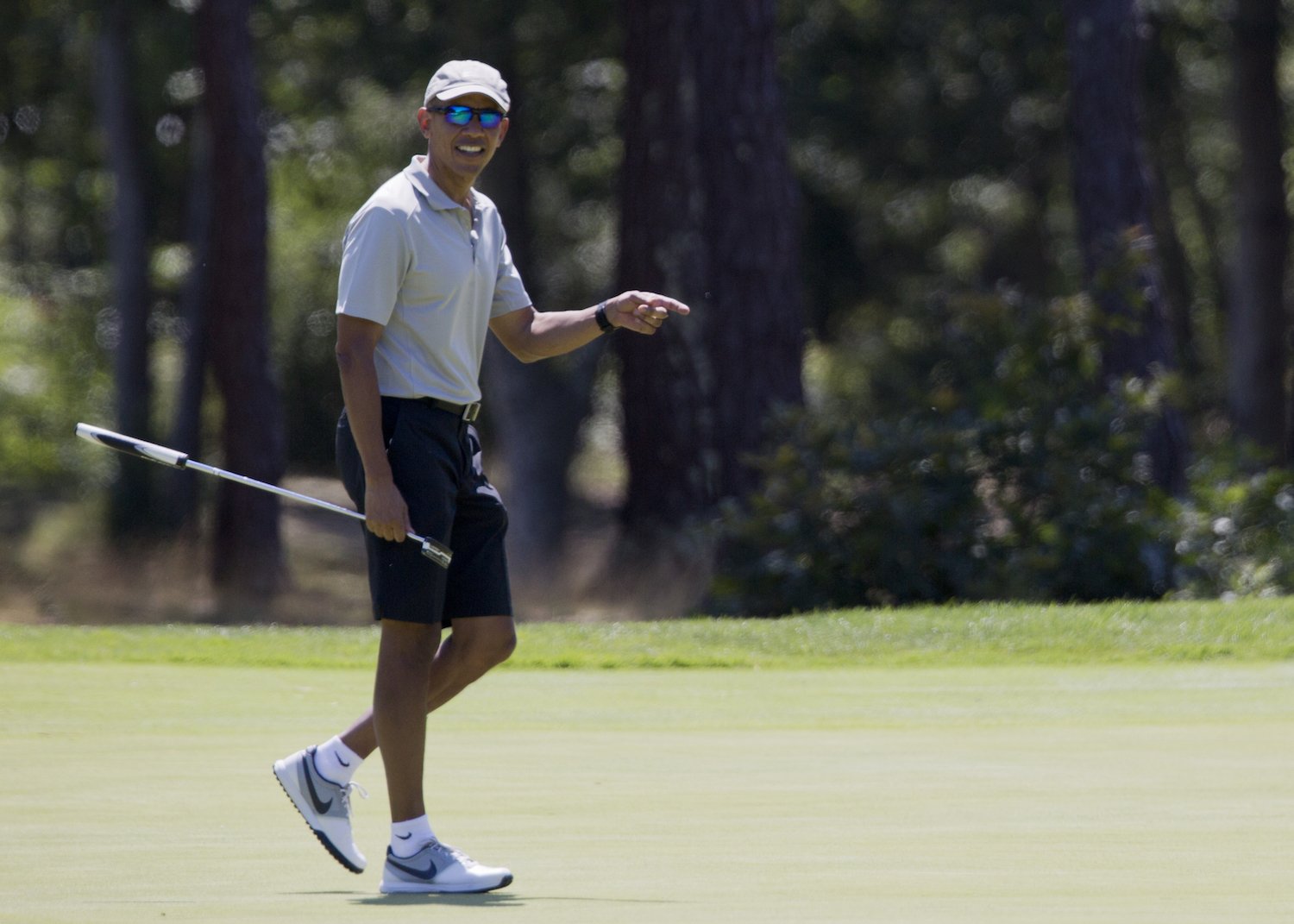 In February 2013, Obama flew on Air Force 1 from Joint Base Andrews in Maryland to Chicago to give a speech on the economy. From there, he jetted to Palm Beach to hit the links with Woods and take some lessons from Butch Harmon.

How did the four-day trip cost so much?

“The bulk of the cost came from 22 total flight legs flown by six military transport planes involving 14 different commercial airports, as well the actual operation of Air Force One, which costs approximately $200,000 per hour of flight. The breakout of the total cost was $2.8 million billed to Defense and $767,000 to Homeland Security.”

Obama has played over 300 rounds of golf during his term in the White House. His best shot that has been publicly documented came in December 2015 in Hawaii, when he chipped in from off the green.