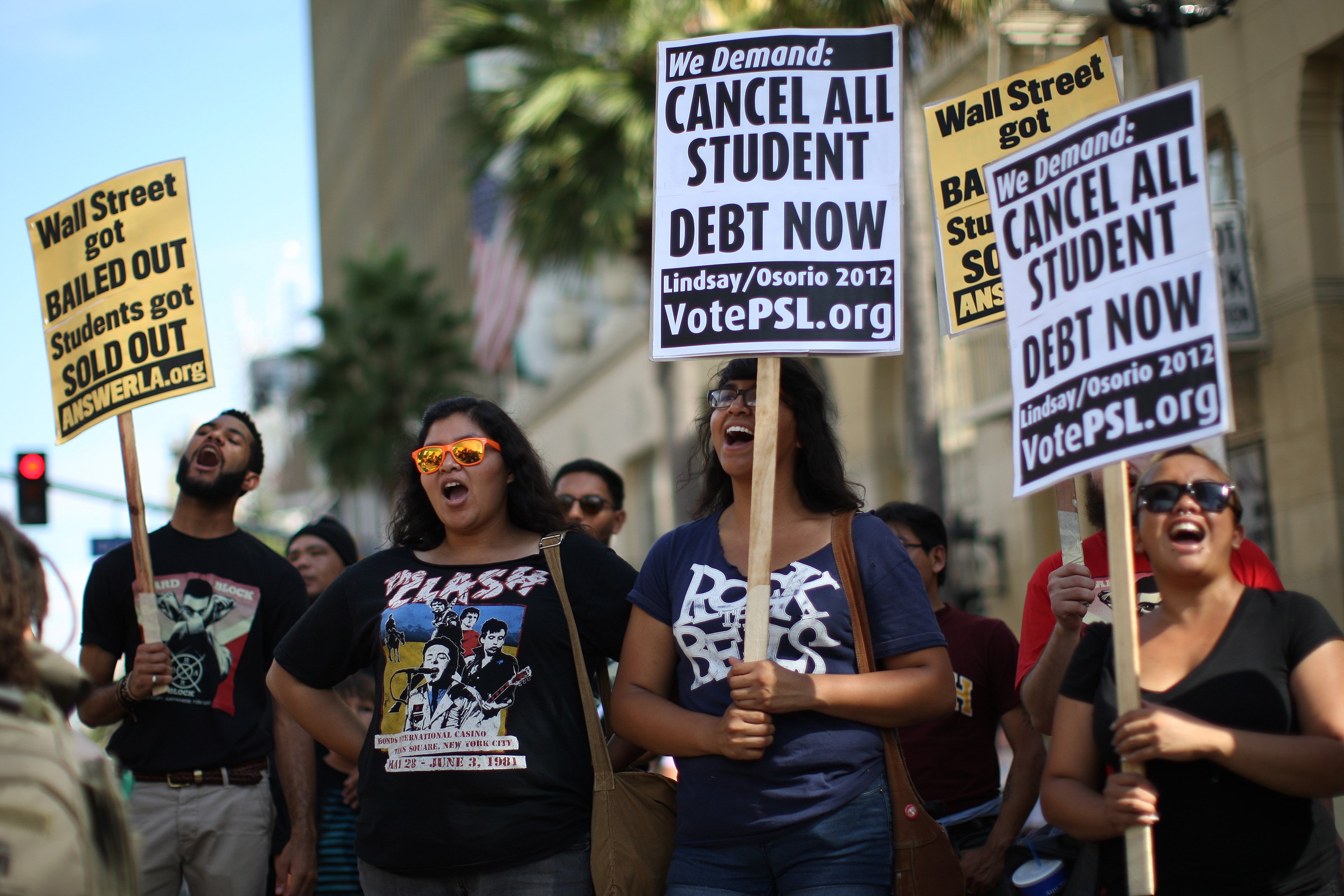 This chart shows how quickly college tuition has skyrocketed since 1980

As student-loan debt in the US has grown to staggering levels, many policymakers refer to the seemingly inexorable levels of mounting debt as a crisis. They have suggested plans to provide college for free, or at minimal cost.

US Sen. Bernie Sanders (I-Vermont), a Democratic presidential candidate, unveiled his ambitious College For All Act in June, for example, The plan would provide free tuition at all public colleges and universities in the country.

And former Secretary of State Hillary Clinton proposed the New College Compact in August, promising that students attending public colleges would not need to take out loans to do so.

As popular as calls for providing free college have become, they will not solve the issue of eliminating high levels of student debt, education professor Susan Dynarski wrote in a Brookings Report released on Thursday.

She argued that there is actually an inverse relationship involved — people with relatively small levels of student debt have a harder time paying it off than people with massive student loans.

“Default is highest among those with the smallest student debts,” wrote Dynarski, a Brookings non-resident senior fellow. “This default rate actually drops as borrowing increases.”

She explained that borrowers with the smallest debts are the most likely to default, noting that 34% of borrowers with less than $5,000 in student-loan debt end up defaulting on their loans, according to figures she pulled from The Federal Reserve Bank of New York. Dynarski attributed this phenomenon to borrowers who attend for-profit or community colleges. They amass smaller debts but are unable to pay them off as they struggle to find lucrative employment.

She further explained that borrowers with the highest amount of debt are often graduate students who finish with law or medical degrees. So while they graduate with debt in excess of $100,000, they are also in a position to earn a hefty salary once they find employment.

And tuition-free college plans don’t help reduce the debt burden for students who attend private colleges or must take out loans to fund their living expenses.

To solve this problem, Dynarski suggested updates to the federal government’s repayment plans. Those include “having loan payments adjust automatically, just as our income-tax withholding adjusts automatically from paycheck to paycheck,” as well as lengthening the timeframe of the standard loan repayment from 10 to 20 years.

SEE ALSO:The ‘most innovative school’ in the US is now offering the world’s cheapest MBA

NOW WATCH: A teacher explains what teachers really do all day