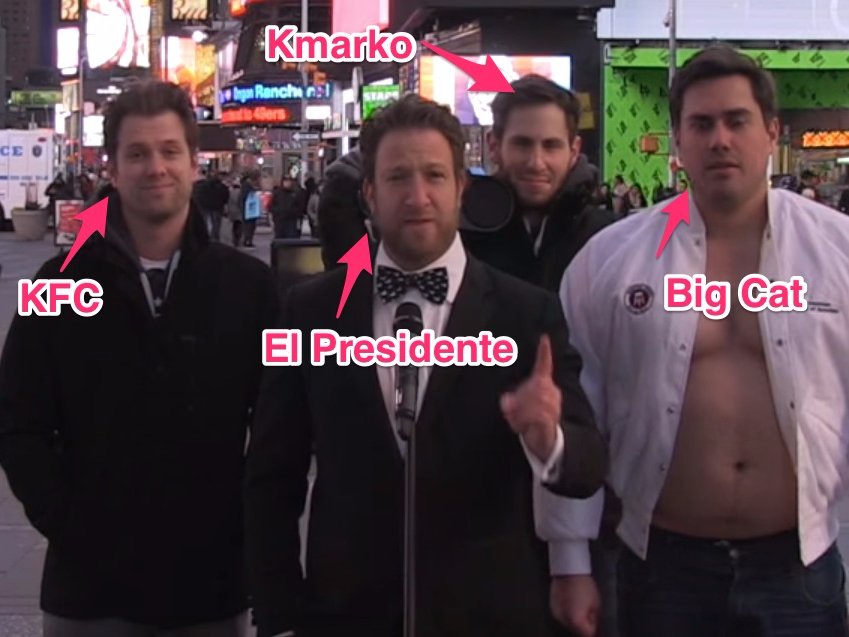 It’s one thing to get acquired. It’s another to do it in a video where you call your new boss the “big swinging d— at the cracker factory.”

But if you’re a Barstool Sports fan, you’re not shocked. The crude, funny, sports-guy lingo is right in line with the brand that founder Dave Portnoy has spent years building, and about 5 million monthly readers have come to love.

Barstool Sports, the Boston-based satirical sports and men’s lifestyle blog that’s popular among male millennials, announced in an emergency press conference that it had been acquired by Peter Chernin’s Chernin Digital Group.

Set to the song “New York, New York,” CEO David Portnoy and his “deputies” stood in Times Square to tell the world about their impending relocation to New York and where the sports site will go from here.

In a Periscope livestream, Portnoy told viewers that he sold 51% of his stake and the deal was less than $20 million — about a $10 million to $15 million valuation, specifically. Portnoy says his site is “very profitable” but that the valuation was based on revenue, not profit which “f—– [them] up a little during the negotiations.”

He says he never expected that anyone would ever invest in his company, and he knows he left money on the table during this exit, but he thinks joining Chernin is worth it.

Portnoy, who generally goes by “El Presidente,” went through the site’s laundry list of failures and acknowledged that it could use a boost from a bigger media organization. This acquisition will help take Barstool Sports “to the moon,” Portnoy says, but it wasn’t his “cash out” moment.

Still, Portnoy says he was able to put millions in his pocket while still pouring the majority of the lump acquisition sum into the business.

And if that isn’t enough, check out the full announcement on Barstool’s website. It ends with a nice “P.S. — I’m kinda rich now.”