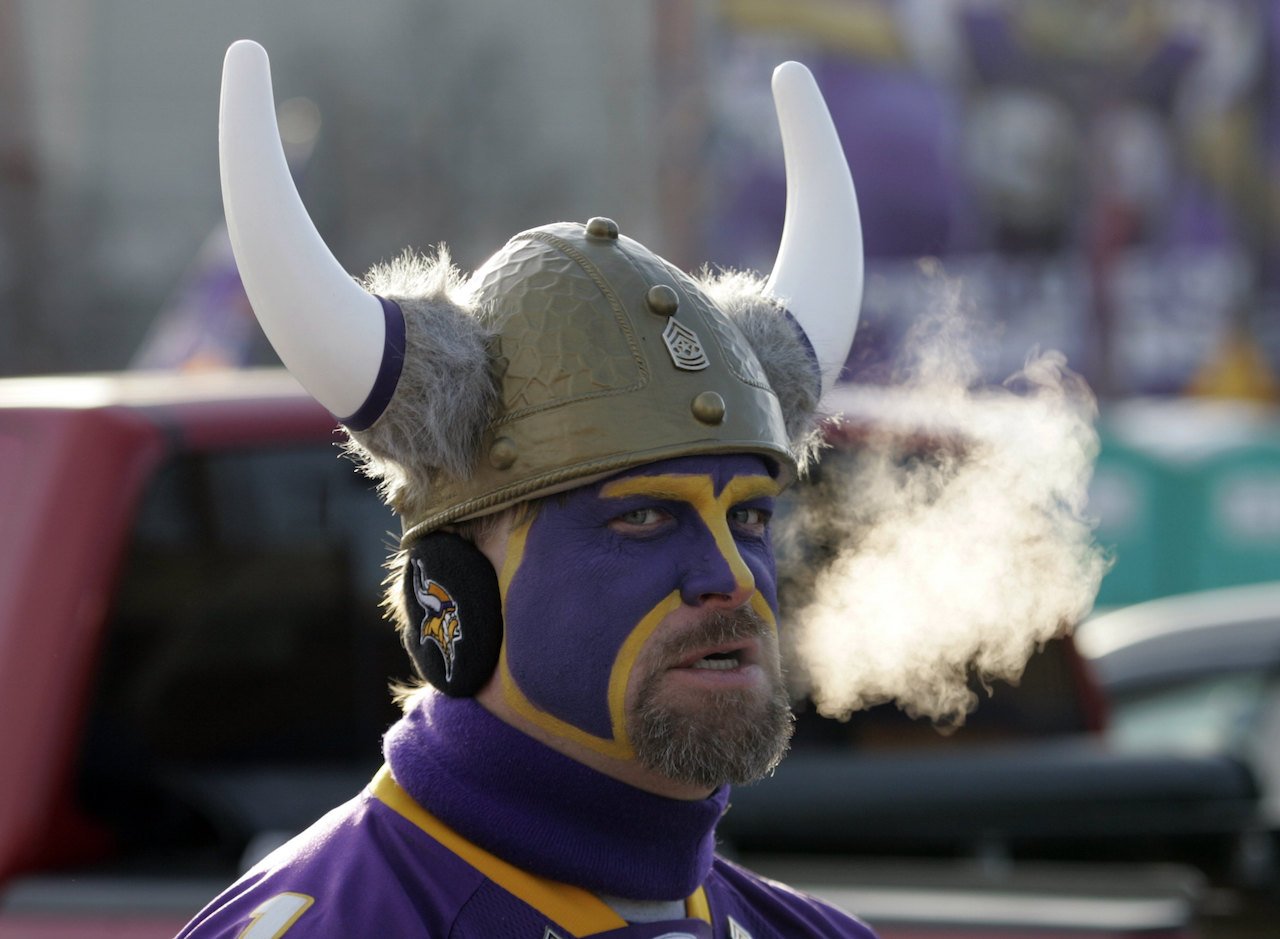 According to listings on SeatGeek as of Thursday afternoon, the lowest price for a ticket into TCF Bank Stadium in Minneapolis is $45, compared to $98 for the Bengals/Steelers game in Cincinnati; $144 for the Texans/Chiefs game in Houston; and $147 for the Redskins/Packers in Washington.

Unsurprisingly, the cheapest seats in the stadium are not just in the nosebleeds — they are in the corners of the stadium smack in the middle of west-northwest winds whipping in from the stadium’s scoreboard cutaway.

Weather conditions are expected to be so cold that the Vikings are asking fans in attendance to layer up with Styrofoam, cardboard, and old newspapers in order to stay warm. Blankets (nonelectric) are not only allowed but encouraged. Free hand-warmers will be distributed upon entry, and free coffee will be provided, too.

If the teams kick off in subzero temperatures, it will be for just the second time ever in Vikings’ history and the first since 1972. For the Seahawks, Sunday is likely to be the coldest game in franchise history.

“We know Minnesotans are resilient when it comes to cold weather and unified when it comes to the Vikings, so we view this Sunday’s game as a rallying moment,” Vikings President Mark Wilf said in a statement on the team’s website. “At the same time, we want our fans to be smart and safe when they are supporting the team, and we are taking a few extra steps to assist in that effort this Sunday.”

Look: It’s always special going to watch your team live in the playoffs. Especially when they haven’t hosted an outdoor playoff game in 40 years. But sometimes cheering from the couch is good enough.