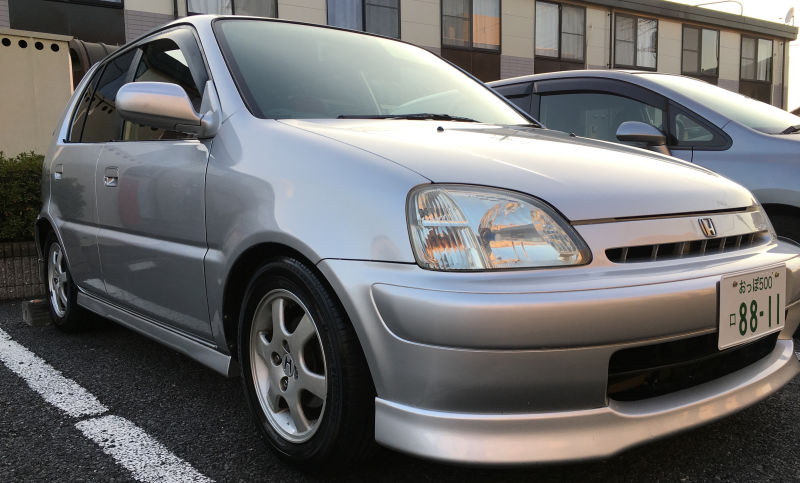 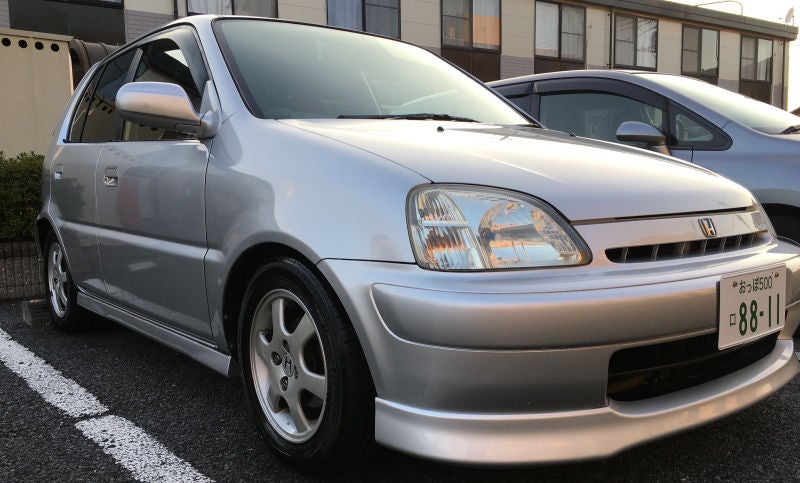 The Honda Logo GA3 5-Door D-series hatch (the Fit before the Fit) was in pretty poor shape when I bought it a year and a half ago for $975. Mechanically, it’s great! Passes inspection, has insurance, has a comfortable interior, all that… Jazz (womp womp). However, the outside was trashed, and I’ve even had a few mishaps of my own.

Honestly, at this point, I’m not even trying to modify it that much. My primary focus right now is simply, you know, not having destroyed panels. It’s harder than you might think. I’m mostly trying to bring it back in line with stock, and then branching off towards making a sort of GA3/5 “Type R.” I mean it’s already a Type TS, and I’ll keep it called that because calling it an R would be lame, but this is the look I am going for, as I think it is the best design language put out by Honda. Stock the TS comes with front and rear lips, side skirts, and the same steering wheel as the JDM Integra Type R. There’s a later model one that resembles the EK9, and I might get it.

And of course, I’m looking to modify the engine or do an engine swap, and do a transmission swap, although that’s honestly probably last. The car is already faster than my base model EK hatch ever was, and I assume that despite the 10 less horsepower, it’s due to the significant difference in weight. The GA3 already weighed substantially less, and then I went and pulled a bunch of shit out of it and put in the false floor.

But first is first: gotta have those panels. Pretty much the only places I have been using to rebuild the GA3 are Amazon Japan, where yes, you actually can buy car parts:

And Super Autobacs, which is sort of like an AutoZone or O’Reilly’s except, uhm… full of JDM goodies, helpful people, and if you’re a member (as I am) $5 installations of pretty much everything.

So one of the advantages to having a $975 car is that you don’t feel so bad if you screw up doing the work yourself. So, you know, I’m trying to do as much of the work myself as possible. While the driver’s side is pretty good (aside from a couple of scratches), the hood was dented, and the entire passenger side, fender, front door, rear door, are really in poor condition and need to be replaced. Unfortunately, with Amazon, since it’s marketplace, I’m limited by what people put up. So starting on the 25th, I ordered myself a hood, which arrived the next day:

After running over to the Sekichu hardware store, and picking up a socket wrench set, I got it installed after work, but before dark. I then headed back to Autobacs for Castrol Oil and a new PIAA oil filter. I was pretty sure that the oil and the oil filter had been changed at shaken (inspection), but when I checked my records, I was well over what I should have been in mileage. I let the Autobacs staff do the oil change because, remember…? $5 install anything. Not DIY, but come on, in this case time was worth more than the money, besides I think I pay a membership fee of like $9 a year or something.

Next thing I ordered off of Amazon as neither Autobacs nor Honda carried one was a new air filter. None of that “cold air intake” bullshit for me. I had custom piping on the EK, and honestly? It probably didn’t even help. On the GA3 I removed the baffler from the assembly so I could hear the vroom vroom, but otherwise, I left the stock box alone. 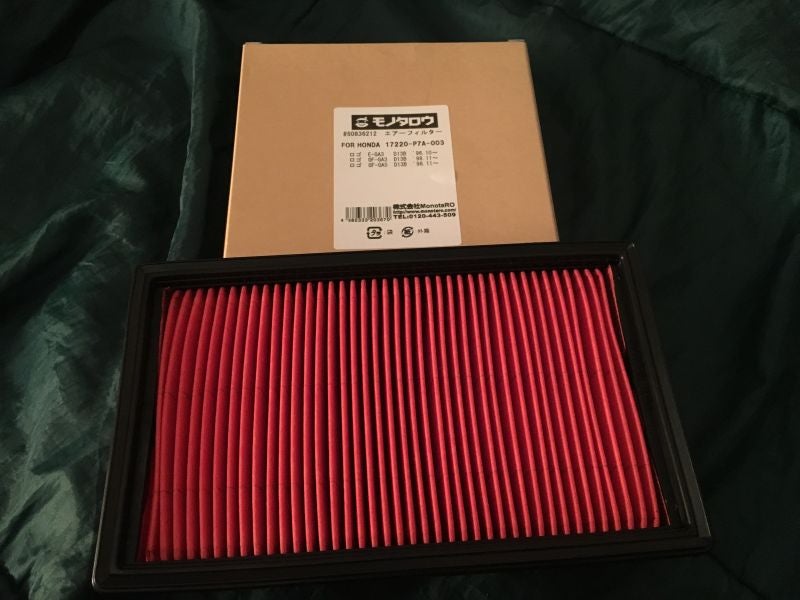 I also dealt with an impromptu snow rally last week, as I live in the mountains, that had a branch fall on me as I was driving on the twisties, that scratched the GA3 even more than it was, and, oh yeah, tore up and off one of my side skirts. 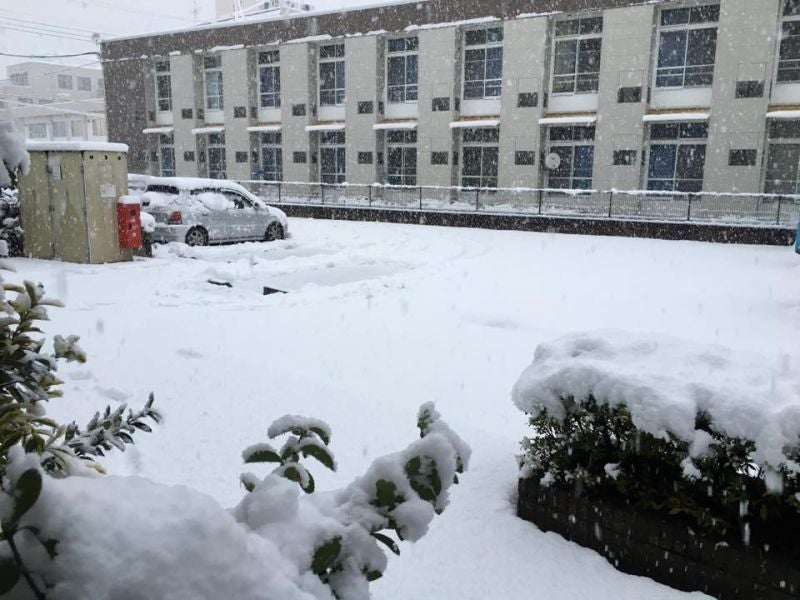 This left the passenger side skirt with huge gashes, a rip in the corner, and a giant hole. Well, this was going to be fun. Time to cue up Mighty Car Mods and figure out how to do something I’ve never done before.

That meant that starting with the few hours of light I had on Saturday and a beautifully warm day today, I bogged, primed, painted, and clear coated the side skirt, but alas, did not have time to install it. I also made the running plastic strip BLAAAAAACK to snap on before it goes back on the car. It had been spray painted silver when the previous owner gave zero fucks and just sprayed over the damage to the passenger side. Honestly, not bad Kat, not bad. 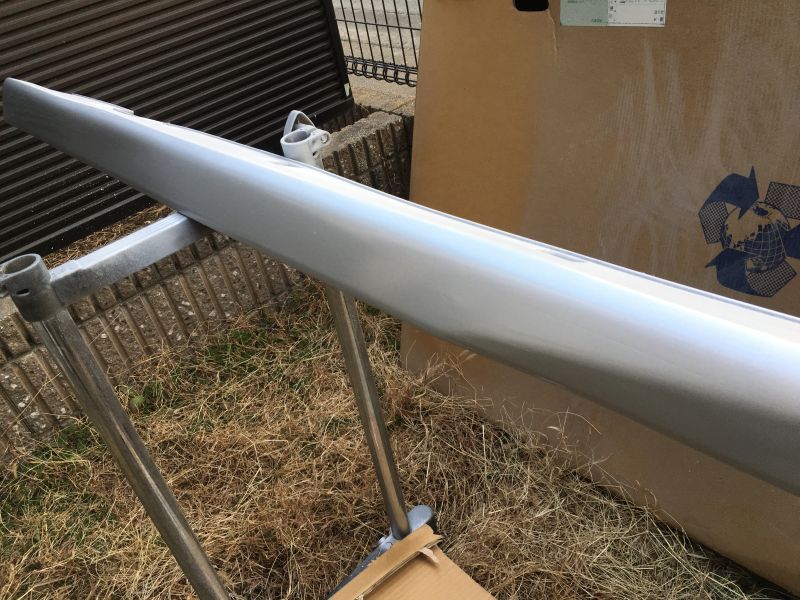 It didn’t come out perfect, but it came out better than when I bought it, so before snowrallypocalypse, and it’ll be replaced as soon as one pops up on Amazon. Alternately, if it ends up being the final piece, I’ll see if Honda still has one stashed somewhere.

While I was waiting between each coat, I painted the inside hatch panel cover to match the rest of the car and replaced the missing snap clamp thing by buying a new one from Autobacs. 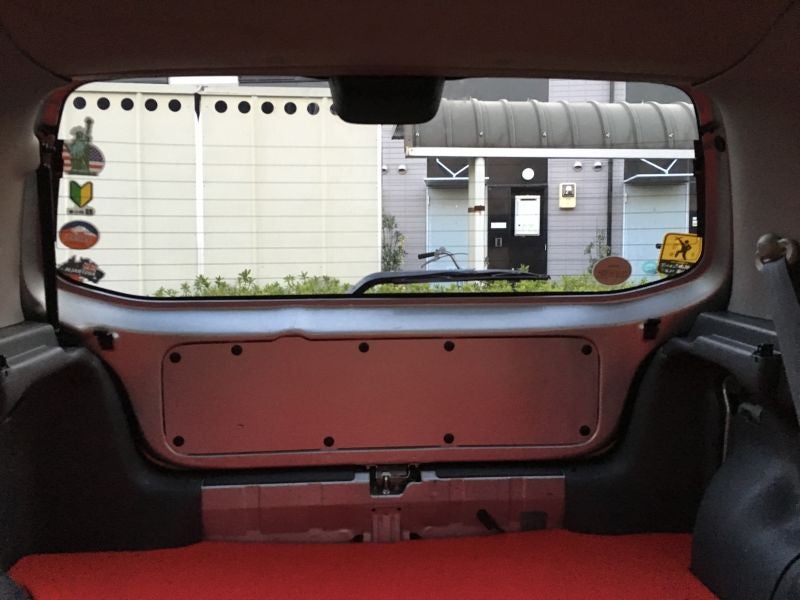 And I washed and waxed, and then washed and tire shined the wheels/tires. 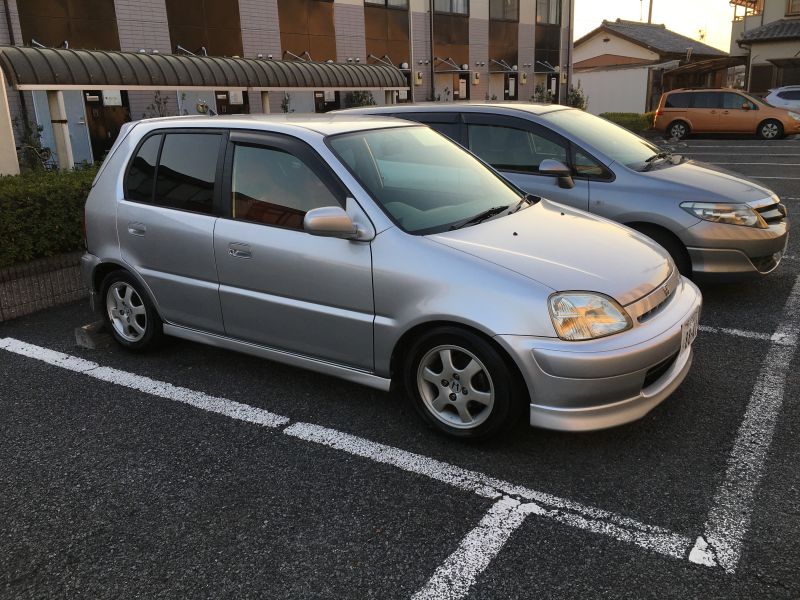 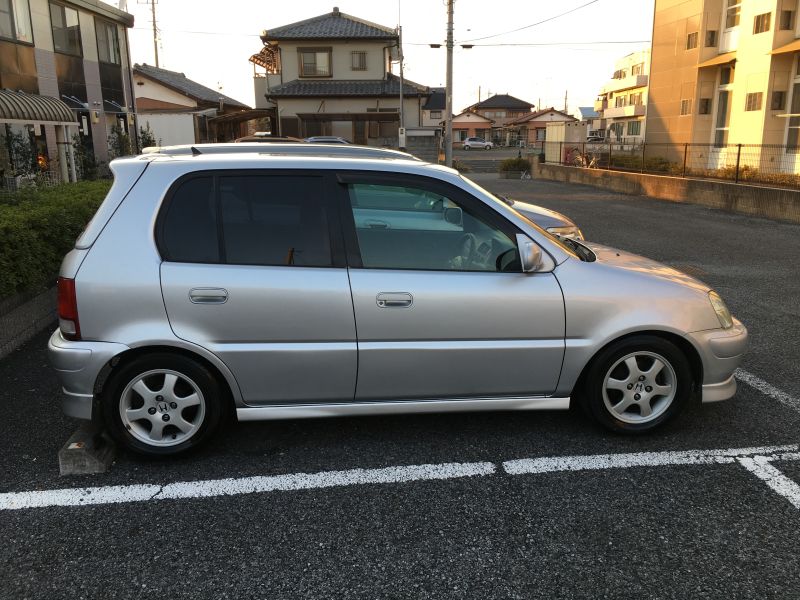 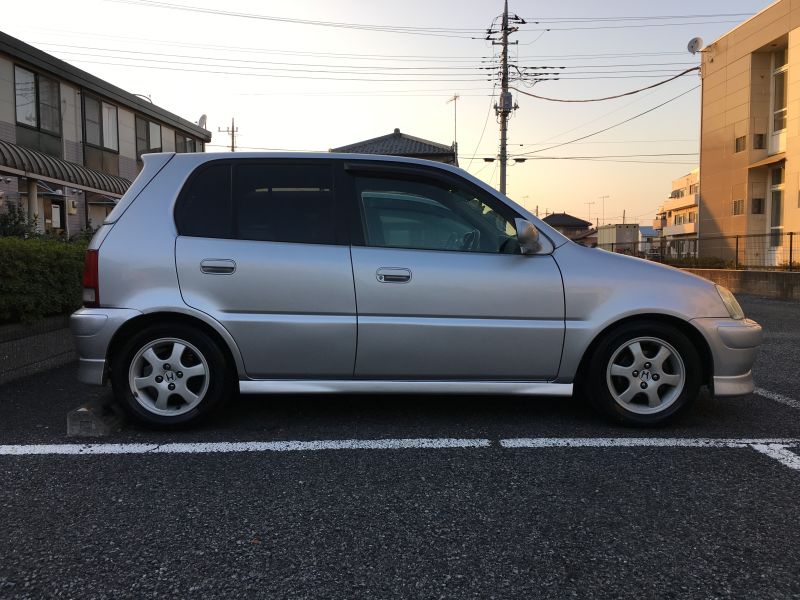 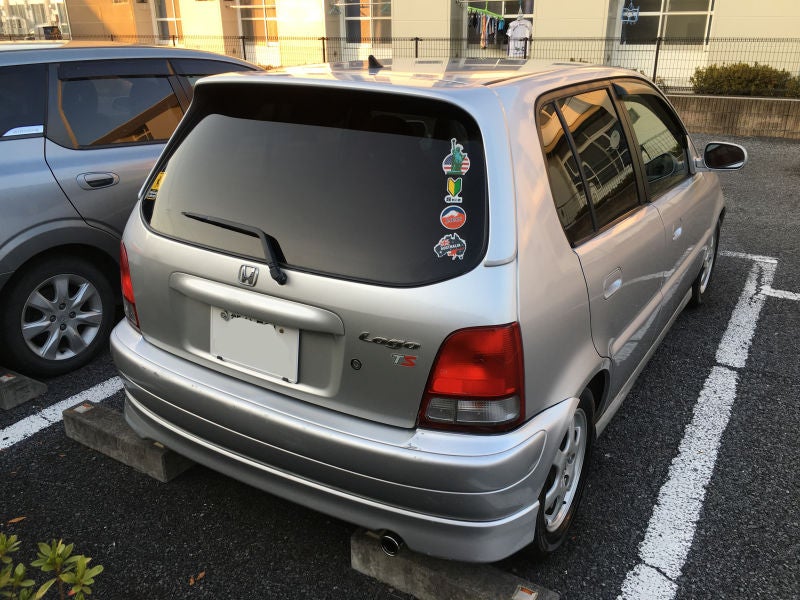 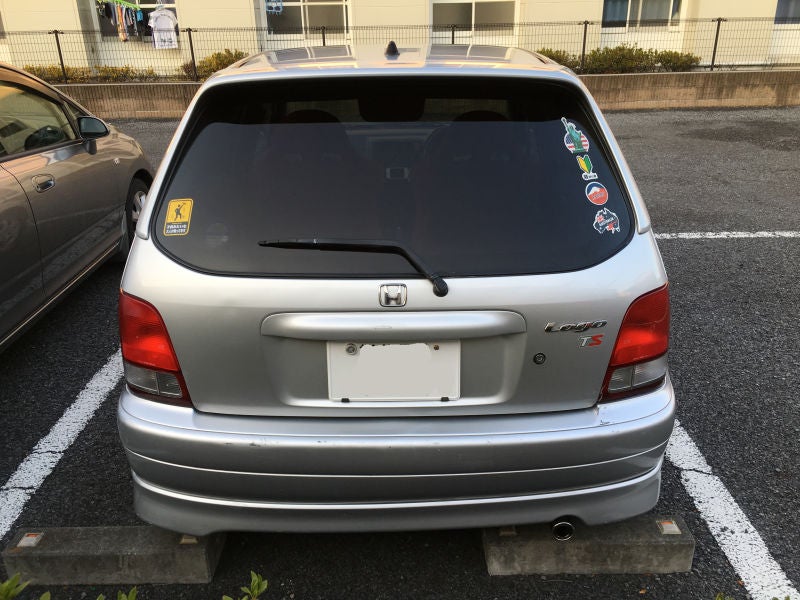 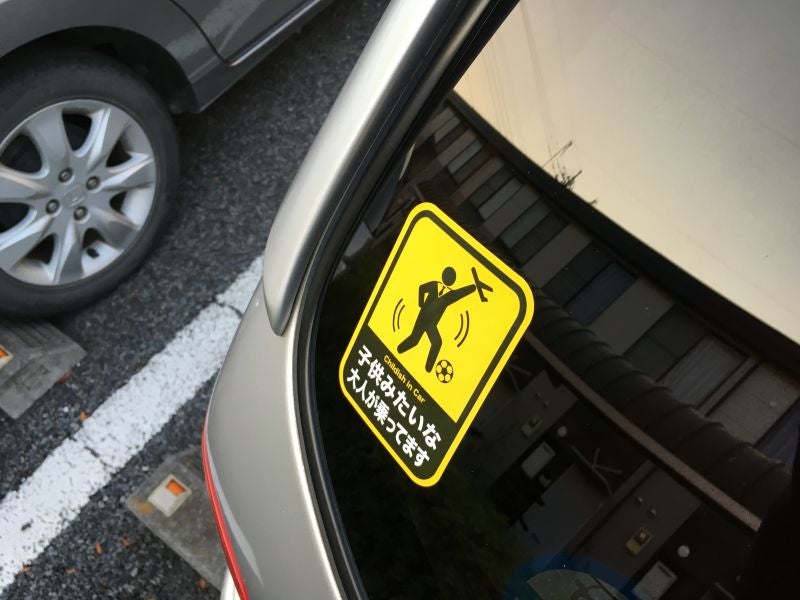 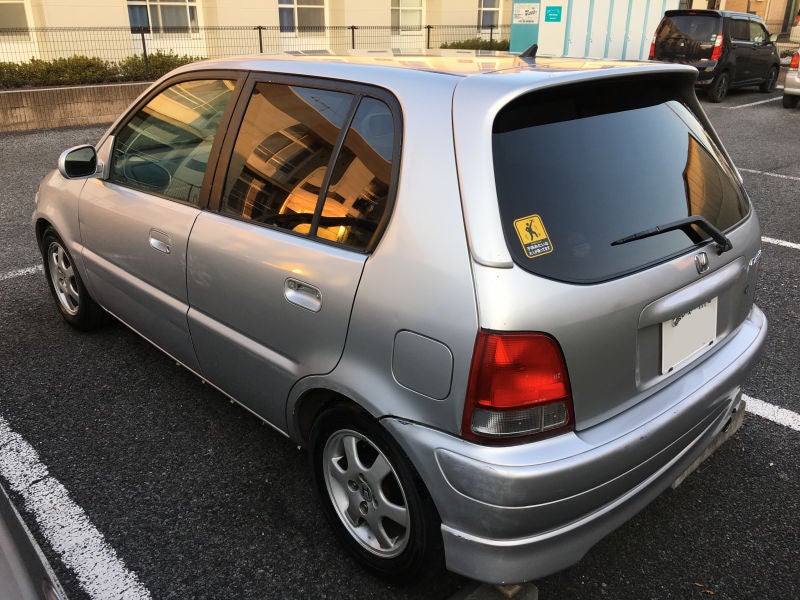 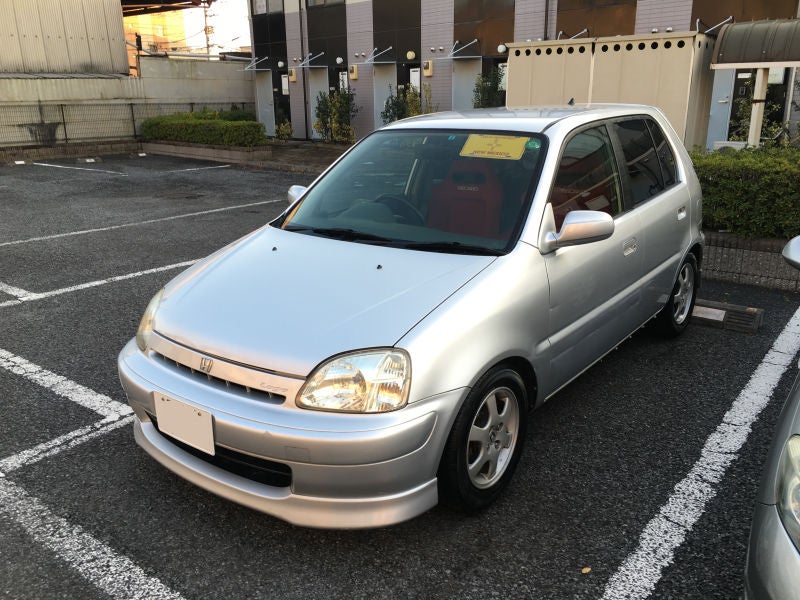 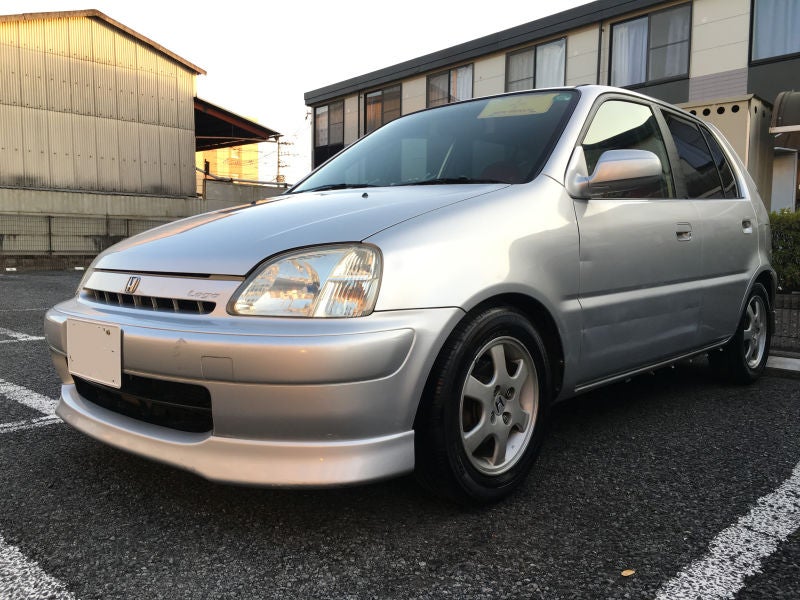 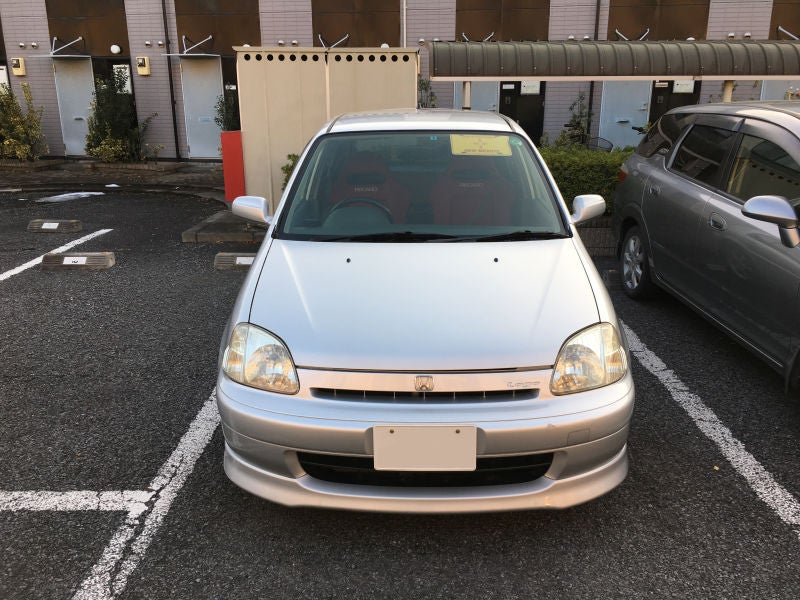 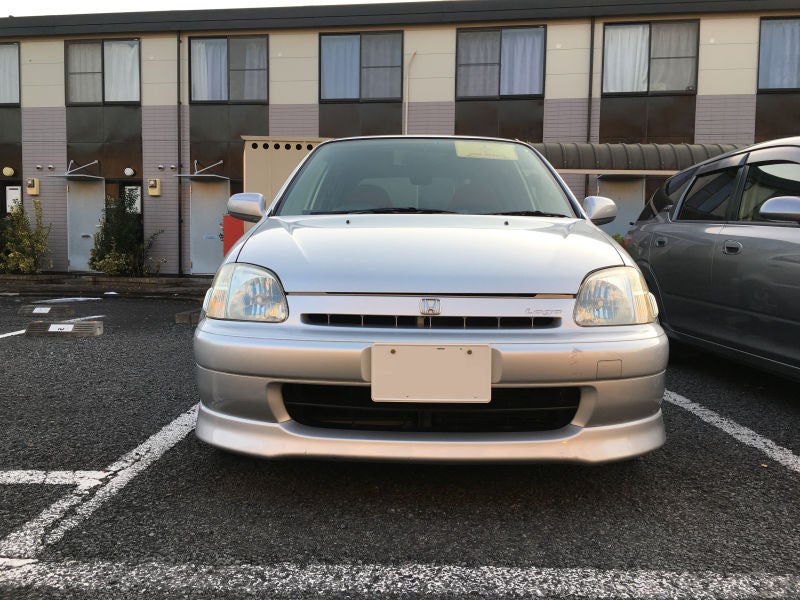 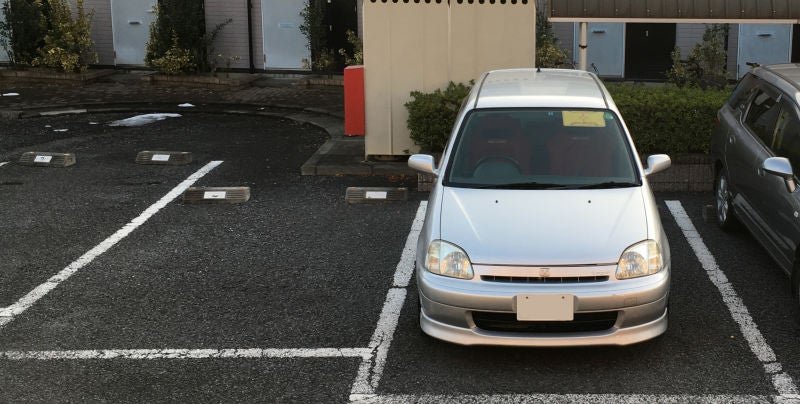 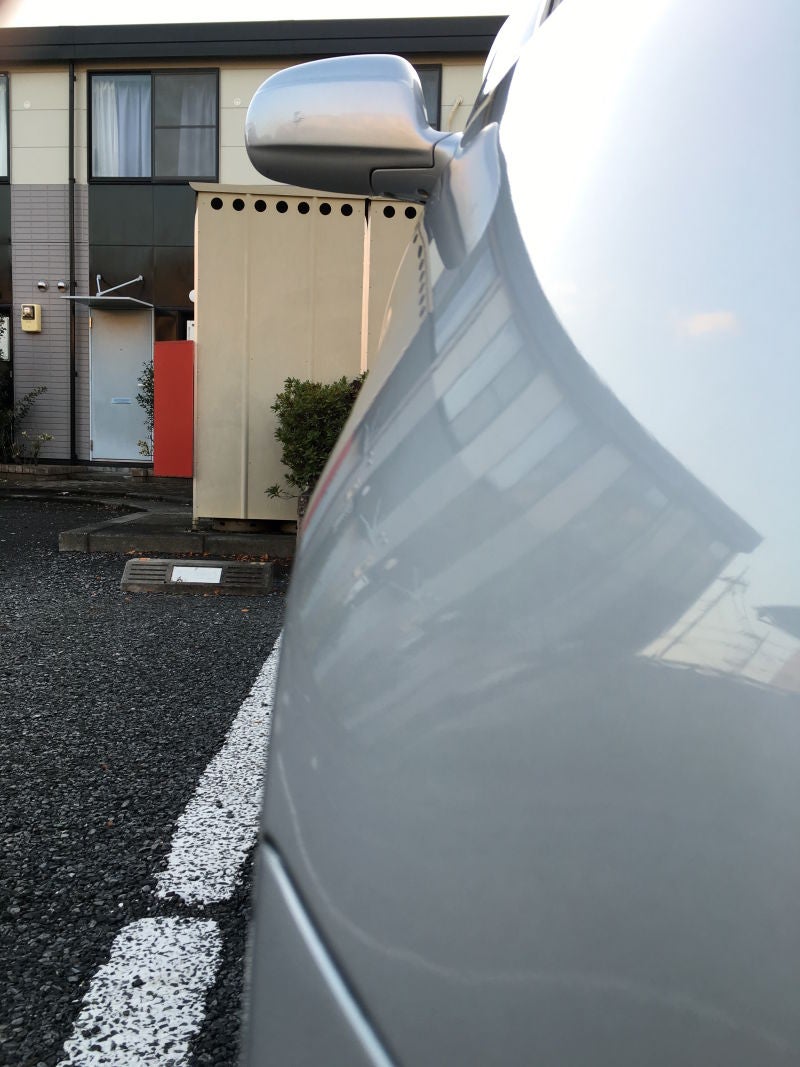 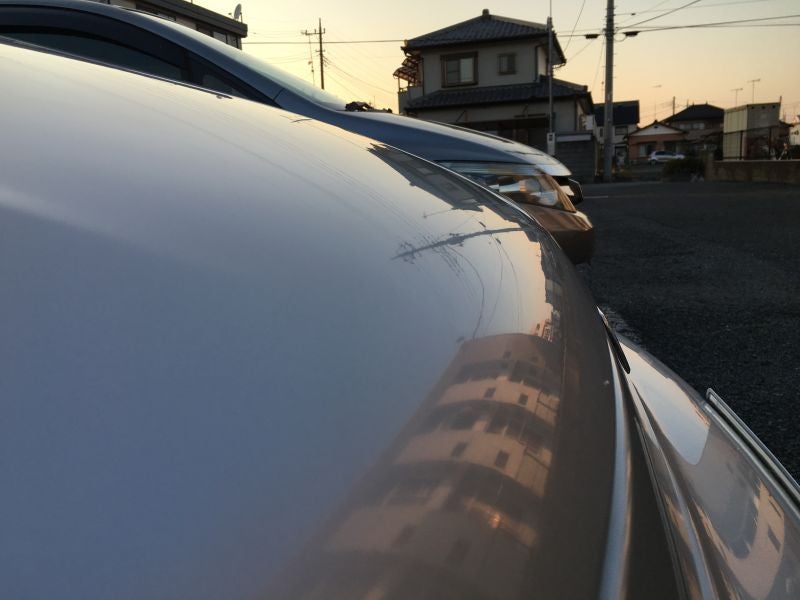 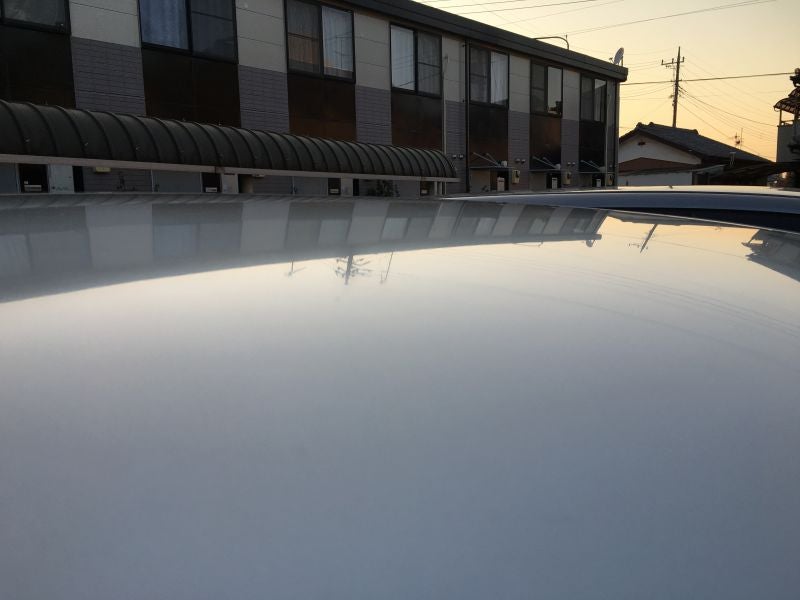 Finally, I reattached window visor on the passenger side door, although that door is up and being replaced as soon as I find one in silver on Amazon. After the experience I had with the side skirt, it would take me several days to even attempt to fix it. It would also best be done off of the car, and honestly, since the GA3 is both a project car and my daily driver, that’s not going to work. 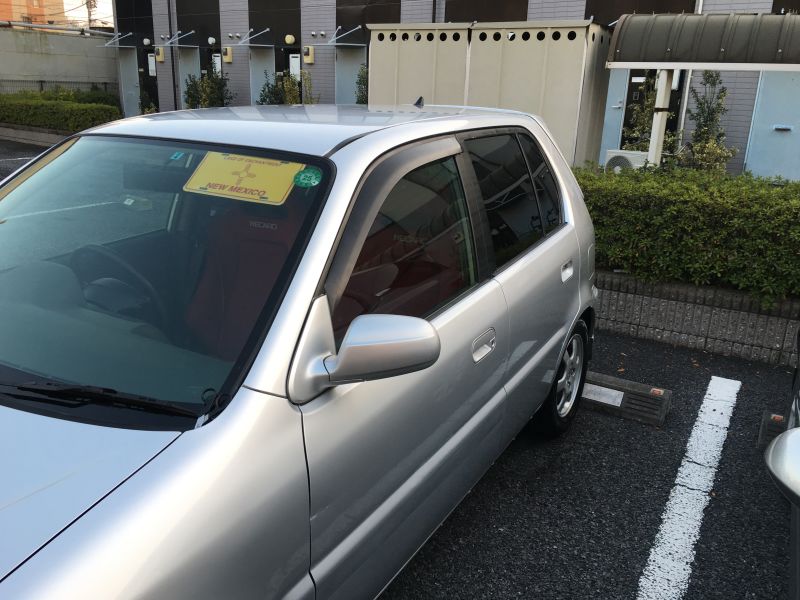 All in all, not too shabby for a week. Next up, probably redoing the back bumper, and painting the wheels gunmetal, as the current silver (same color as the car) is thoroughly shot, although you can’t see it so much in the pictures. The hub caps will be getting red Hs in lieu of the current black ones.