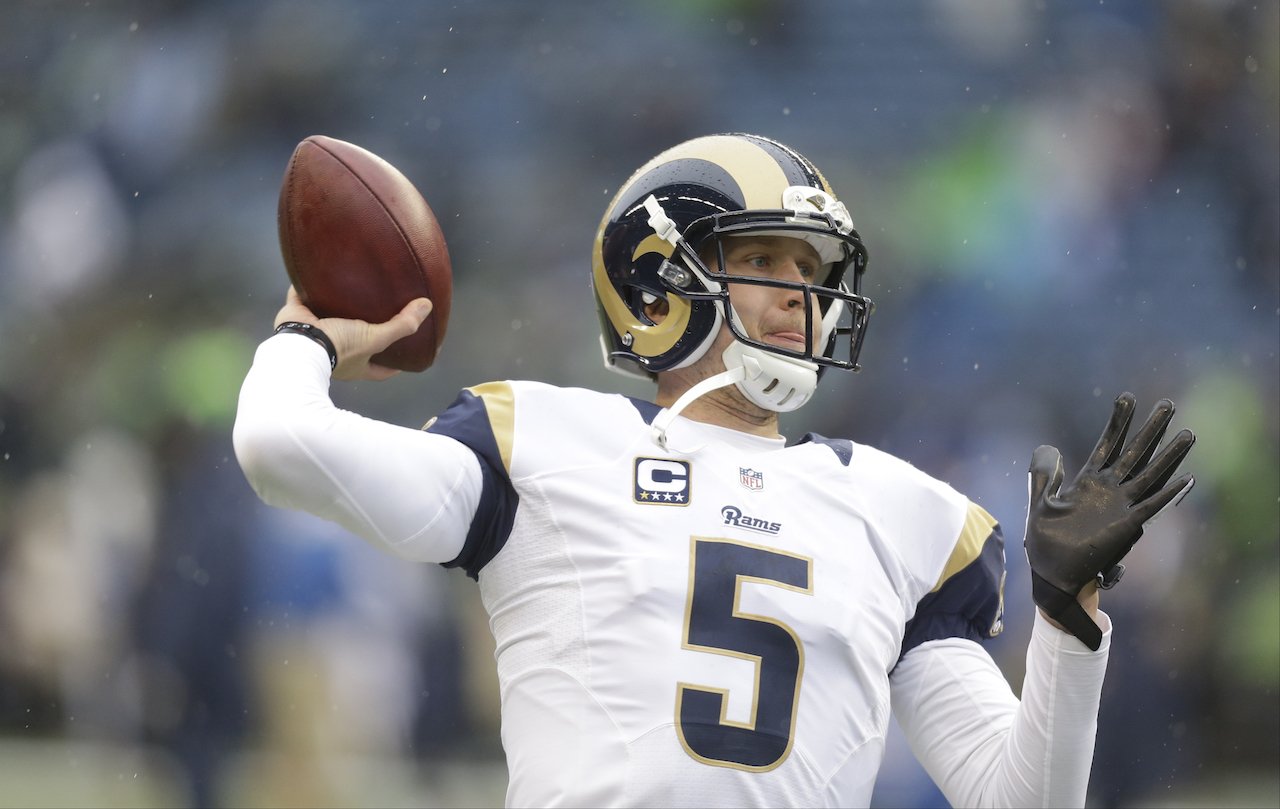 Veteran quarterback Nick Foles is reportedly not thrilled about the Los Angeles Rams’ decision to draft quarterback Jared Goff with the first overall pick at last month’s NFL Draft, and now he is skipping practices because of it.

On Tuesday, Foles did not show up to the start of team’s offseason workouts (OTAs), and sources told ESPN his absence had everything to do with Goff.

Foles, who in March earned $6 million as a roster bonus and is owed $8.7 million in guaranteed money this season, has not exactly gelled with the Rams franchise during his short stint. After the Eagles traded him in exchange for Sam Bradford before the start of last season, Foles quickly signed a $24.5 million contract extension despite not playing a single down for the team.

He then struggled during his first nine starts, going 4-5 with seven touchdowns, six interceptions, and five fumbles. Case Keenum took over as starter, and after finishing 7-9 the Rams traded up from the 10th overall pick to draft Goff first overall. Now, Foles is expected to be third on the quarterback depth chart.

Foles is clearly not happy, but the Rams are the ones who have him on their books through 2017. Next season he is owed $13.2 million, which is a lot of money for a third-string quarterback. It’s also more money than he’s worth, meaning it will be hard to find a team reasonably interested in trading for him.

This is not unlike the situation we saw last year in DC between the Redskins and Robert Griffin III (though injuries played a larger role in Griffin’s fall from grace). Griffin was cut before the franchise had to take on his $15 million cap hit. Expect the Rams to do the same.