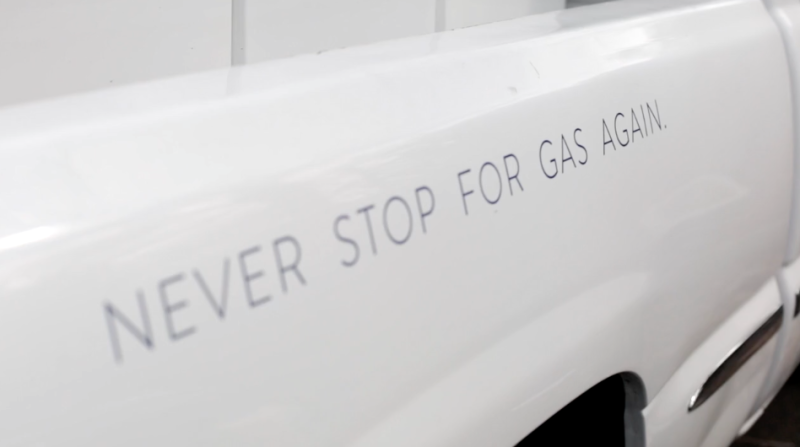 Driving your car can only destroy the planet at the typical standard planet-destroying rate. If you’d like to accelerate the demise of the Earth, there’s an app for that: Why not use extra fossil fuels to deliver fossil fuels to your fossil fuel-guzzling vehicle?

Yes, there are apps—several of themnow, in fact—where you can summon a car to fill your car with gasoline. Not just in an emergency situation when you run out of gas, AAA-style. But for those times when you are too busy using the gas you put in your car to actually stop that car and fill it with more gas. It’s like Uber for lazy pieces of shit.

The promotional video for one such service, Filld, is like a Saturday Night Live commercial. Right down to the friendly teen in the baseball cap and the henley who pops on over to fill up the tank for ya.

I’m not going to go into the myriad issues I see with leaving your gas cap unlocked while you give a random person your credit card info and license plate number and entrust they will fill your car with gas at a fair price (plus $5 delivery fee!) while you’re not around. It’s more about the part where we’re paying trucks to chase us around our neighborhoods attempting to stick spigots of future emissions into our car holes.

In an interview withNational Geographic, Filld’s founder Christopher Aubuchon attempts to make an environmental argument for their service, claiming that they might be preventing drivers from making extra trips to gas stations. But even if it might be somewhat detrimental to all the hard work that people are doing to fix decades of irreversible damage to the planet, rest assured, they are putting their best thinkers on the case:

If more people start getting gas from roaming trucks at a time when cutting greenhouse gases is key to fighting climate change, is that progress? Filld is commissioning research to answer the question, Aubuchon says: “It’s a very difficult problem to frame.”

But it isn’t really, though, is it?