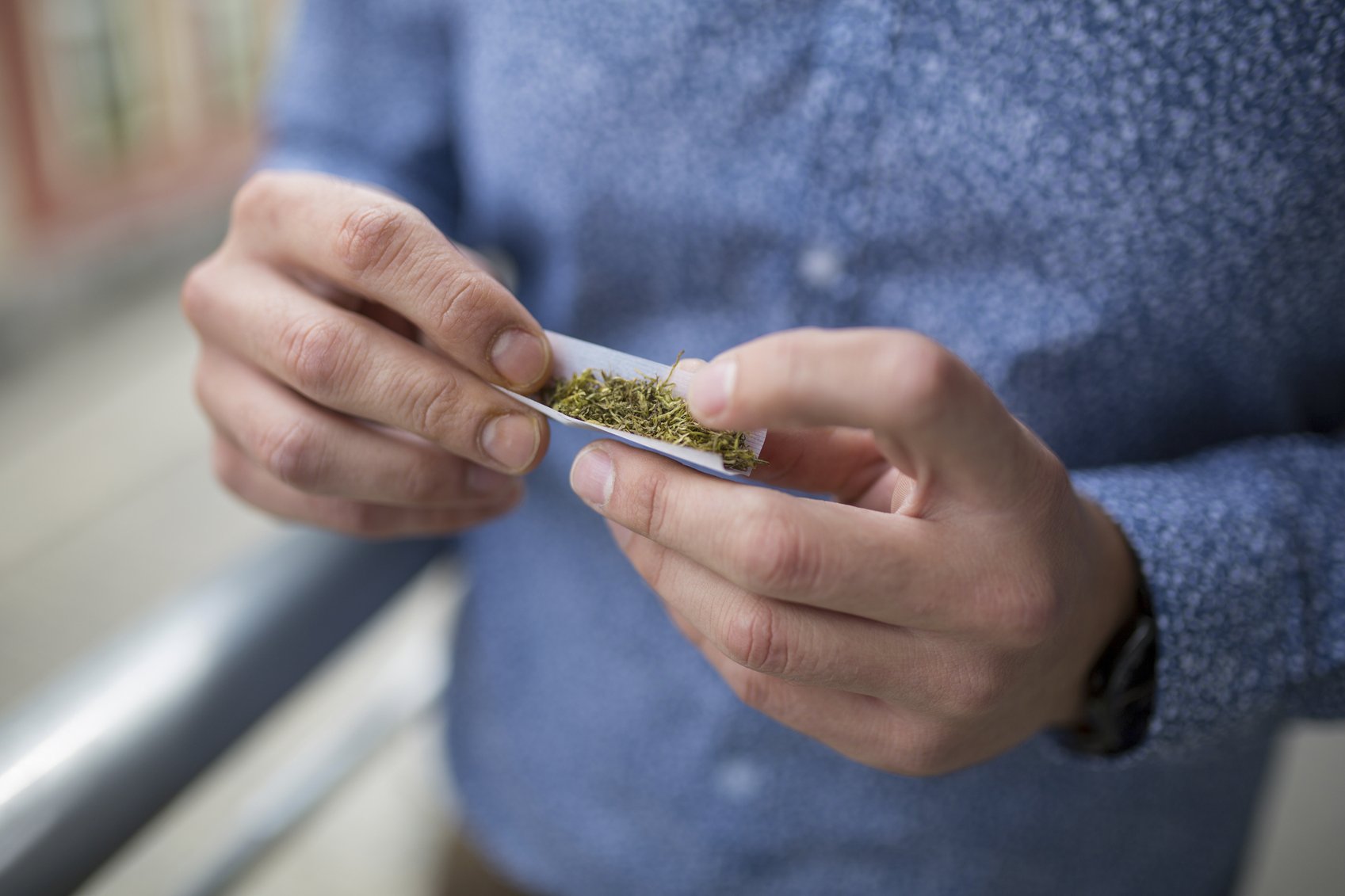 Voters in California passed a ballot initiative on Election Day to legalize marijuana for recreational use, ending the prohibition on pot.

Proposition 64 allows adults over the age of 21 to use, possess, and transport up to an ounce of marijuana for non-medical purposes, and grow as many as six plants at home.

The bill also imposes a 15% tax on sales of the drug, generating up to $1 billion in new tax revenue annually, according to the state’s nonpartisan Legislative Analyst’s Office.

Voters said yes to legal weed in a big way on Tuesday.

The decisive victory comes 20 years after California became the first state to legalize and regulate the medical use of marijuana under Proposition 215, a 1996 voter initiative.

Those in favor of the decision owe a big thanks to billionaire Silicon Valley fixture Sean Parker. The former Facebook president and founder of Napster contributed $8.5 million to the effort, making him the single biggest donor of the initiative, according to The Los Angeles Times.

All said, Proposition 64 raised close to $16 million, about four times the amount spent on a failed effort to legalize recreational weed in California in 2010.

The bill builds on its predecessor’s shortcomings by creating clearer standards around the sale and distribution of marijuana and disincentivizing black-market operators from continuing, according to Richard Miadich, a Sacramento attorney and a co-author of Proposition 64.

“If you accept the principle that what we’re doing today isn’t working [in the war on drugs] and you’re looking for an alternative, I feel very comfortable saying this is an alternative — this is more than a viable alternative, this is an outstanding alternative,” Miadich told Business Insider on Tuesday night, hours before the final tally was announced.

As the governor of Colorado said at the time his state legalized recreational marijuana in 2012, users shouldn’t “break out the Cheetos” just yet. Nonmedical sales are still a ways away. California marijuana consumers will not have a place to buy their bud legally until retailers are issue licenses to sell. The state has until January 1, 2018, to begin that process.

Californians are free to possess and grow marijuana immediately. “I don’t smoke weed or marijuana or nothing like that, but it’s better than alcohol,” said Jeffrey Chapman, an independent contractor who voted in favor of the bill. “It’s for helping people.”

Weiss, a California native, told Business Insider he followed the 2010 ballot initiative more closely than Proposition 64 and was disappointed when it failed to pass. But as the stigma against marijuana dropped, legalization in California was “only a matter of time.”

An immigration attorney, who asked to remain anonymous given marijuana’s federal status, hopes legalization puts a chokehold on the black market. Her clients come from outside the US and sometimes fall into situations where they become drug mules, she said.

“Bringing [marijuana] more to light, I feel, will hopefully decrease the drug trafficking and illegal markets for it,” she said, adding that regulation will make the drug safer for all involved.

There is a catch. Marijuana remains a Schedule 1 drug, which makes it illegal in the eyes of the federal government. But how will marijuana fare under a Trump or Clinton presidency? Clinton has said that she will support states that are “moving towards” both recreational and medical marijuana legalization, though her campaign hasn’t taken an official stance. She also called for moving marijuana from Schedule I to Schedule II to open up research on the drug.

Trump, on the other hand, has flip-flopped on the issue throughout his public life. His campaign hasn’t yet taken a definitive stance on the issue.

Many industry insiders hope California becomes a “tipping point” toward ending prohibition nationally. Ben Larson is cofounder and managing partner of the Oakland-based startup accelerator Gateway, one of the first incubators for pot-focused entrepreneurs.

“This will be a significant driving force in pushing legalization to other states, at the federal level, and beyond,” Larson said. “Tonightis the tipping point.”

Miadich, the bill’s co-author, spent a year drafting the bill while working as managing partner of law firm Olson Hagel & Fishburn LLP. He knows firsthand the work that went into it.

“I believe this is a good, comprehensive approach to a problem that everybody should acknowledge exists today,” Miadich said. “If other states look at this and they’re interested in [legalization], I think they ought to pay pretty close attention to what we do here in California.”

Experts within the industry stressed the “historic” nature of the vote.

“This is a historic day for the cannabis movement as California officially legalizes marijuana for the adult market,” Max Simon, of Green Flower Media told Business Insider. “Not only will this stop tens of thousands of people from getting arrested each year just for using an all-natural substance that’s much safer than alcohol, but it will also create hundreds of thousands of new jobs and give millions of people safe access to a medicine they desperately need.”

Kyle Sherman, the CEO of Flowhub, a seed-to-sale tracker for the marijuana industry reflected Simon’s thoughts.

“It’s fantastic news for the health of this country that California has legalized cannabis for adult-use,” Sherman told Business Insider. “Not only are tens of thousands of jobs going to be created but cannabis will be regulated in a system built to keep consumers safe from pesticides and other additives.”