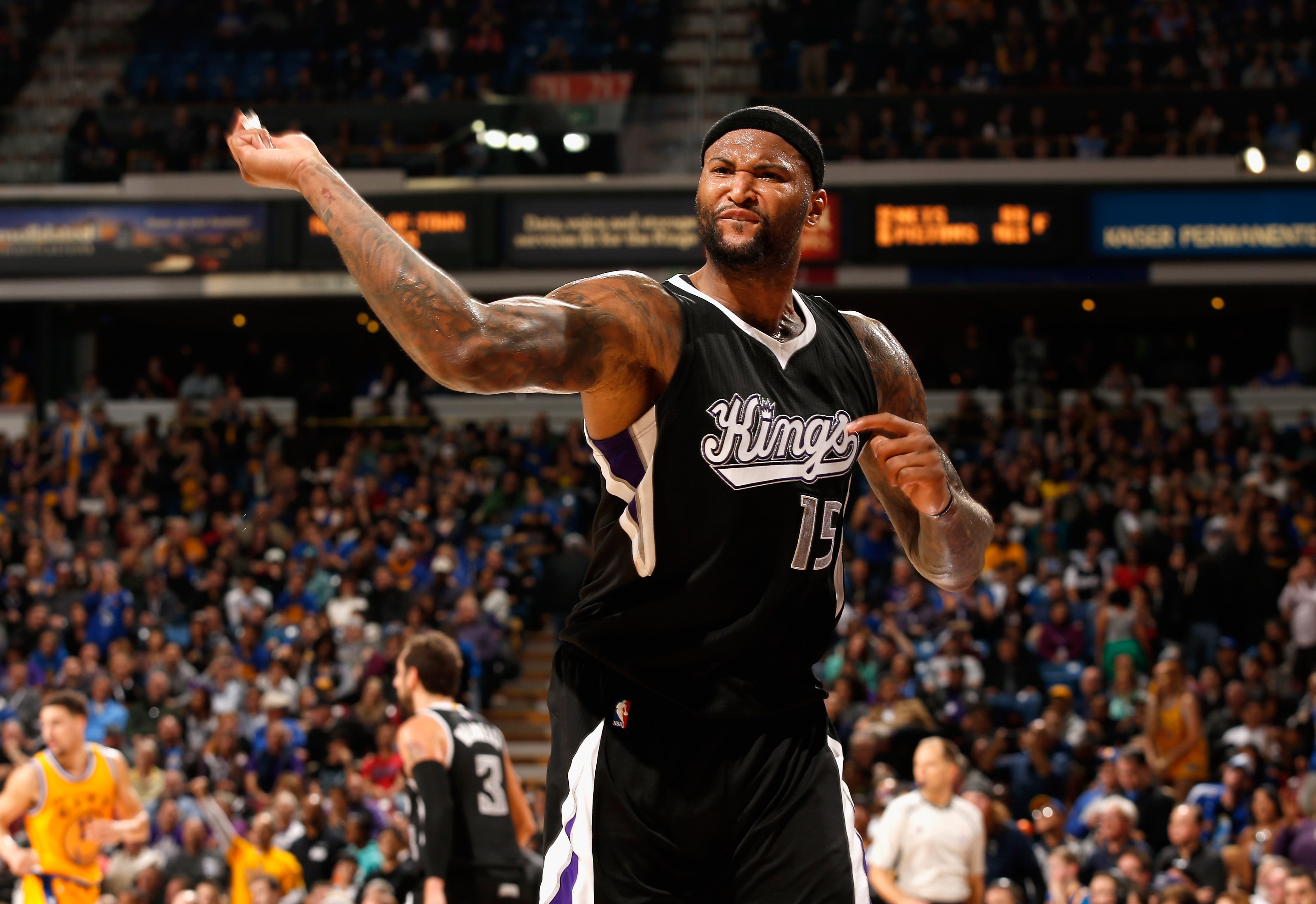 For a moment in January, it looked like the Sacramento Kings might actually have figured it out.

DeMarcus Cousins was an unstoppable force, scoring 104 points in two games to push the Kings into the playoff mix in the Western Conference. The Kings, long the most dysfunctional team in the NBA, looked like they might be approaching something like normalcy.

How wrong we were. The Kings have now lost seven of their last eight games, and conceded an almost unfathomable 256 points over their last two games. Head coach George Karl is a dead man walking, and knows it. He will be fired soon, most likely after the team’s game in Cleveland on Monday night. When he is fired, Karl will be the fourth Sacramento head coach to be fired since Vivek Ranadive bought the team in 2013.

No matter where you look, from the ownership and down through the front office, coaching staff, and players, the Sacramento Kings are a wreck. Just as they were when the Maloof family owned the team, an just as they will continue to be, it seems, so long as Ranadive is in charge. At best, Ranadive’s job as an owner has been terrible. At worst, it’s been an utter joke. Malcolm Gladwell introduced the world to Ranadivewhen he chronicled how Ranadive coached his daughter’s youth basketball team to a national championship simply by coaching the team to run the full-court press all game long. The decisionsRanadive hasmade as owner of the Kings seem more fitting for his daughter’s youth team than a team in the NBA.

He famously floated the idea of having the Kings play 4 vs. 5 on defenseso that they could always have a cherry-picker standing underneath the basket on the other end of the court. He set up an analytics competition for the general public, and the winner (a college student) helped the front office leading up to and during the 2014 NBA draft. The whole thing was filmed by ESPN, and that year they selected Nik Stauskas 8th overall. Stauskas was traded to the 76ers after one forgettable season forpractically nothing.

Chris Mannix took a long and damning look at the situation in Sacramento for The Vertical on Monday, and it may come as no surprise that Sacramento’s minority ownership group (which reportedly controls 35% of the team) wants Ranadive out as the majority owner. From Mannix:

Kings minority owners have quietly explored ways to seize controlling interest from Ranadive, sources told The Vertical, but on this there is little recourse. Owning an NBA team has become almost bulletproof, with an owner-friendly CBA redirecting the money and billions in television revenue set to flow into the league’s coffers in the coming year. Ranadive’s mismanagement has set the rebuilding Kings back years, but that alone won’t be enough for anyone to remove him.

The dysfunction starts with Ranadive, but by no means ends with him. Karl has lost the support of the front office, and of his players. It’s unclear if he ever had the support of his players, much less had a chance to earn it. When the Kings brought in Karl, he replaced Mike Malone — the one coach that seemed to click with Cousins, but who was fired by Ranadive simply because the team wasn’t playing the fast style of basketball Ranadive wanted.

Karl’s tenure has been a disaster, since the summer when he and Cousins started feuding. From Mannix:

Players have tuned out Karl, privately seething over inefficient practices and shootarounds, and ineffective in-game adjustments from the bench, league sources told The Vertical. The dysfunction may have originated with Karl and DeMarcus Cousins, but it has spread through the locker room like an infection. Indeed, barring a surprising turn of events, it’s more likely assistant coach Corliss Williamson finishes the season as the Kings head coach than Karl.

And then there is the fact that Ranadive hired Vlade Divac to be the Kings’ General Manager, despite the fact that Divac — a popular King in the ’90s — had zero prior front office experience. Divac’s inexperience as G.M. has shown, most notably over the summer when he traded away three players (including Stauskas) for nothing as part of a salary dump to clear cap space for Wesley Matthews, who then went on to sign with the Mavericks for less money.

Meanwhile, on the actually basketball court, the Kings are 21-30 and quickly falling out of the playoff race. Cousins is a deserving All-Star, but he remains temperamental and prone to throw tantrums when things aren’t going his way. The most memorable moment of Rajon Rondo’s season was an indefensible one — when he was ejected and suspended one game for yelling homophobic slurs at referee Bill Kennedy, who then came out as gay. Mannix reports that “players have been informed by their agents that the front office is actively shopping them” and this has led to listless, disengaged basketball.

Whoever takes over for Karl in Sacramento seems destined to fail, so long as Divac is G.M. and Ranadive is owner. Sadly for Sacramento fans, and NBA fans as a whole, it doesn’t sound like Ranadive is going away anytime soon.