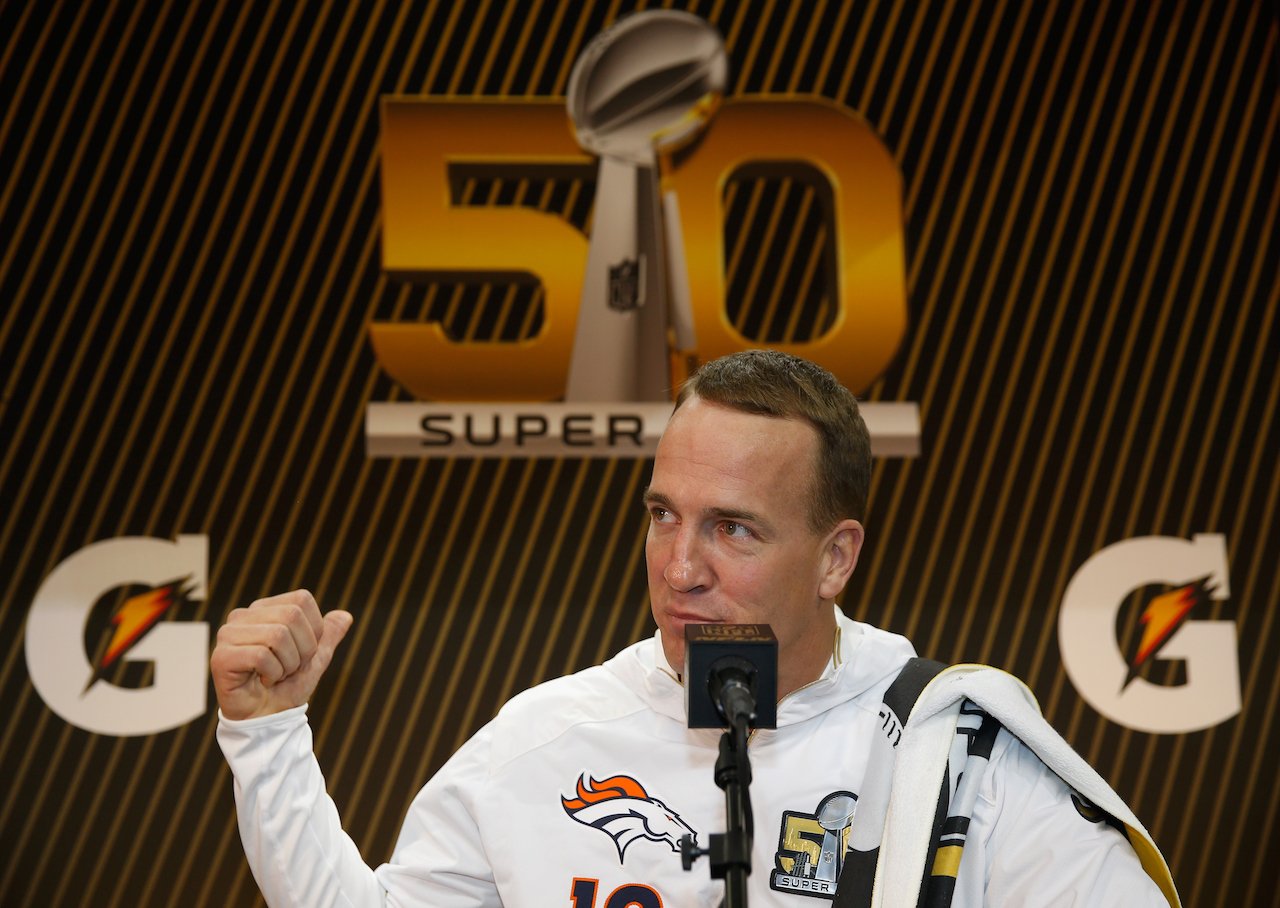 Peyton Manning leads the Broncos against the Panthers in Super Bowl 50 on Sunday in what is expected to be the last game of his career.

Manning hasn’t explicitly announced his retirement, but microphones at the AFC Championship Game did catch him telling Bill Belichick that the Super Bowl might be his “last rodeo”, and he reportedly told his friends he’s retiring after the Super Bowl.

Nevertheless, a report from ESPN’s Adam Schefter on Wednesday said that the Rams are interested in bringing Manning to Los Angeles if he decides he wants to keep playing.

The Rams have had internal discussions about bringing Peyton Manning to Los Angeles should he want to play another season, per a league source.

Manning still is under contract to the Broncos for another year, but most around the league do not expect him to return to Denver next season, if he returns at all.

Manning still must decide whether he wants to play after this season, and the Rams still are formulating their quarterback plans. But they are monitoring the Manning situation, per a source, which is a sign that the Broncos quarterback could have options next season.

It seems hard to imagine Manning signing with the Rams next year. He is 39 and coming off the worst season of his career. For the Rams, this is still apparently a better option than some combination of Nick Foles, Case Keenum, and Sean Mannion.