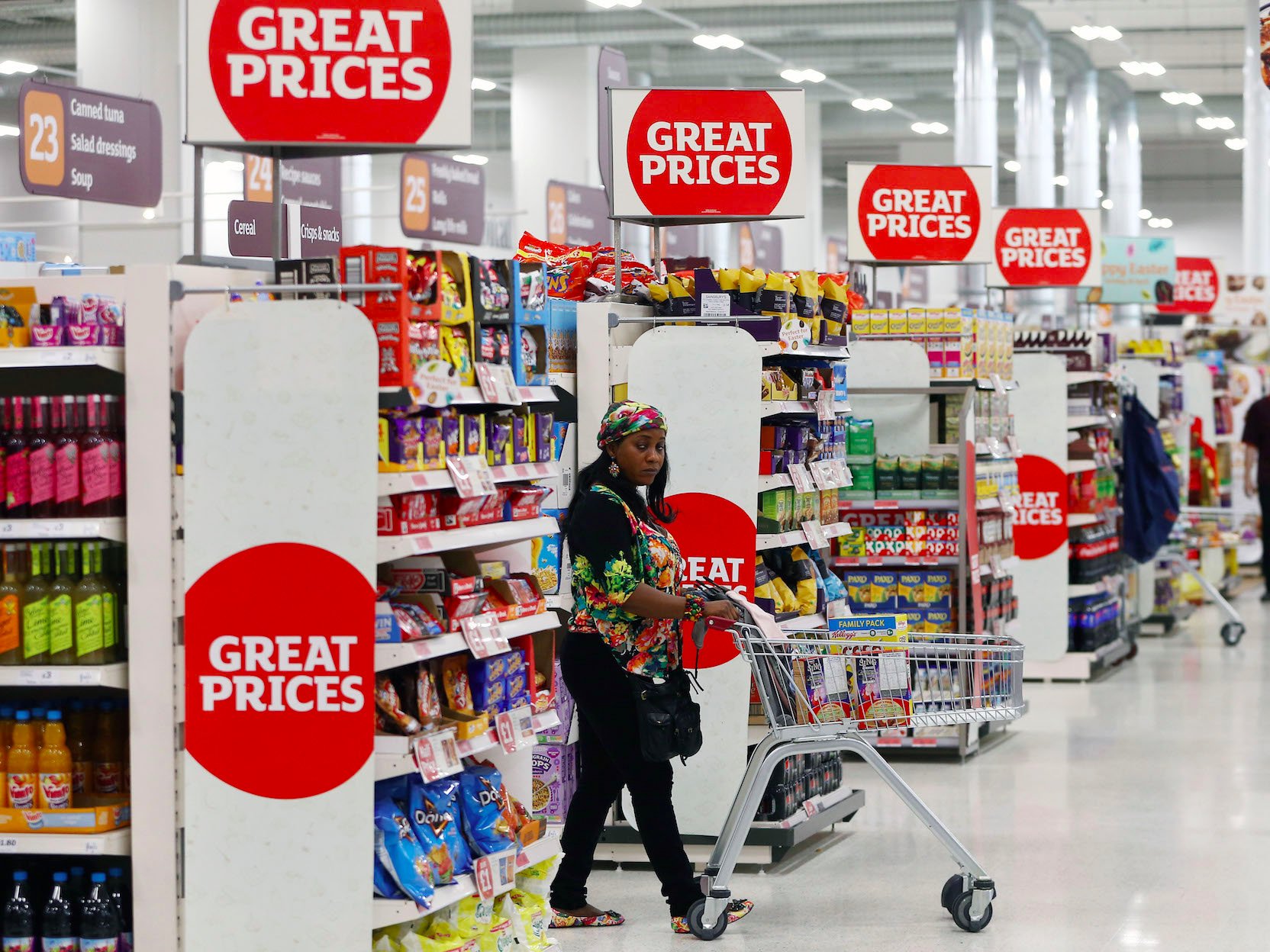 A shopper pushes a trolley in a supermarket in London, Britain April 11, 2017.REUTERS/Neil Hall

LONDON — UK retail sales had a terrible month in May, as the impact of inflation on the pocket of the average Brit begins to intensify, data from the Office for National Statistics out on Thursday shows.

Those numbers were both significantly lower than the forecasts of economists, who had predicted 1.7% annual growth, and a monthly fall of just 0.8%.

“The annual growth rate was last lower in April 2013,” the ONS said.

“The year-on-year growth in the quantity bought for retail sales in May 2017 was at 0.9%. We have not seen lower growth on the year since April 2013. Increased retail prices across all sectors seem to be a significant factor in slowing growth,” Ole Black, ONS senior statistician said in a comment released alongside the data.

On a three-month by three-month basis, which tends to be less volatile than one-month data, sales grew by 0.6%.q

The basic reasons behind the disappointing sales data are pretty straightforward. Inflation in the UK has shot up in recent months — hitting 2.9% in May — driven higher by the slump in the value of the pound since Britain voted to leave the EU.

Prices are rising across the board making the average trip to the shops much more expensive. As a consequence, Brits are spending less on non-essential items, which is reflected in the retail sales.

The sales numbers come just a day after the ONS showed that the amount the average Brit earns is dropping sharply as post-Brexit inflation pressures continue to squeeze.

“Households are being squeezed from both directions, with inflation rising faster than expected and wages rising more slowly. This doesn’t bode well for economic growth – the UK economy is heavily reliant on the consumer and falling real incomes will eventually translate into lower retail sales,” Ben Brettell, a senior economist at investments firm Hargreaves Lansdown said on the day.