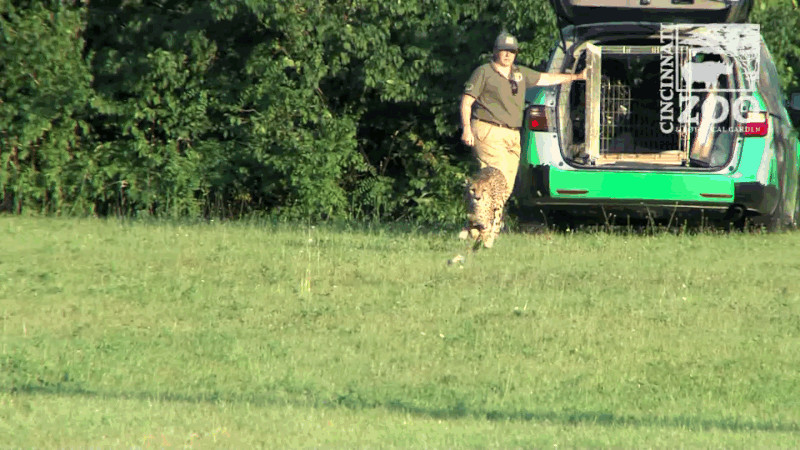 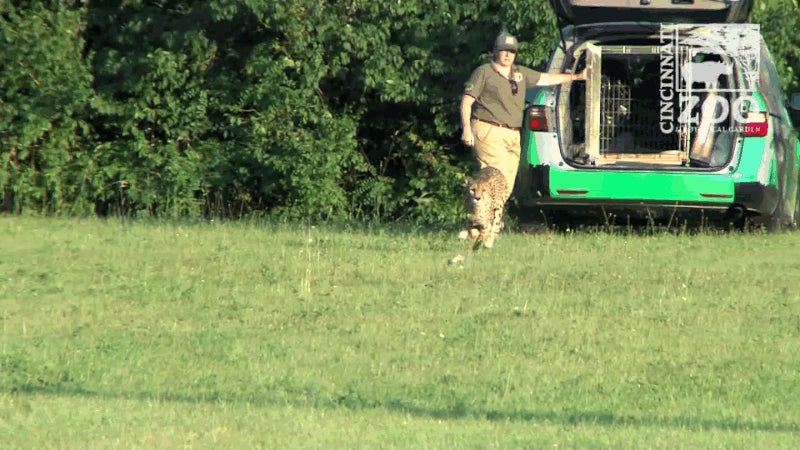 When you think “fastest land animal,” what do you think of? American Pharaoh? Usain Bolt? Nope, until today that title belonged to Sarah, a cheetah who lived at the Cincinnati Zoo. Sarah died today at age 15.

NPR reported on Sarah’s missile-like sprint, including breaking her own record as the fastest mammal on the planet. In 2012, Sarah ran 100 meters in 5.95 seconds, breaking her previous 2009 record of 6.13 seconds. That means she ran about 61 mph—at 11 years old. Most cheetahs don’t even live that long.

Sarah was also special because she was one of the big cats at the Cincinnati Zoo raised with a puppy, which zoos sometimes do because the domesticated dogs help keep the cheetahs calm. Lexi, an Anatolian shepherd, was her “lifelong companion,” according to the head of the Cat Ambassador program.

Dogs and cats, living together.