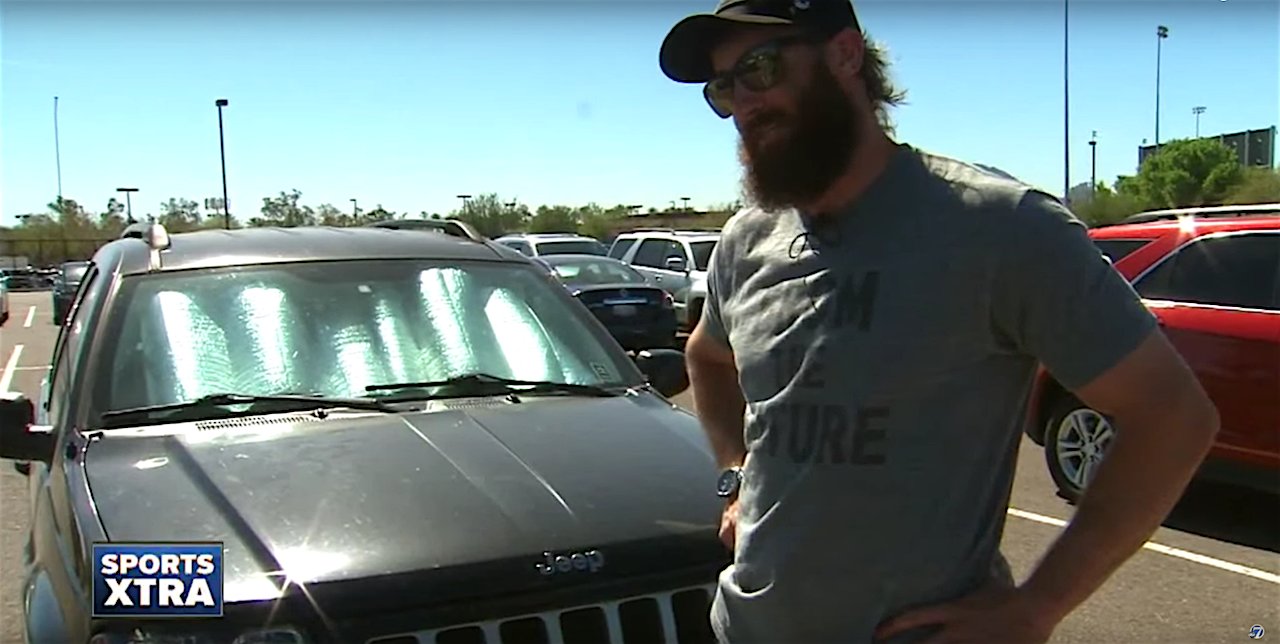 Spring Training is a time for baseball players everywhere to get in shape, work out the kinks in their swings, and, if you’re Yoenis Cespedes, show off your new $75 million contract by arriving at practice every day for a full week in a different swanky sports car.

On the other end of the Spring Training Automobile spectrum, meanwhile, is Rockies’ star outfielder Charlie Blackmon, who continues to drive a 2004 Jeep Laredo — the same car his parents gave him in high school.

“This is my car. Nobody else has this car,” Blackmon, who will make $3.5 million this season, proudly told a local Denver news station recently.

Blackmon’s car may not turn heads for the same reasons Cespedes’ flotilla of flashy whips will, but he did recently replace the headlights.

The car isn’t always reliable, though. Back in January, the 29-year-old ran out of gas on the highway and needed a teammate to pick him up:

Found this guy testing out the empty light in his car this morning. Didn’t quite make it @Chuck_Naztypic.twitter.com/infV8EW1me

Some of Blackmon’s teammates aren’t too fond of the trusty old Jeep. Fellow outfielder Carlos Gonzalez thinks it’s an eyesore.

“It’s not even fun to look at it,” Gonzalez said.

Like Redskins quarterback Kirk Cousins, who still drives a converted passenger van he received from his grandparents in college, Blackmon has no plans of upgrading. In his trunk, Blackmon keeps his finger-less weightlifting gloves, a Wiffle ball bat, and fishing gear.

Because really, what else do you need in life?

Watch the full video below (via Yahoo):