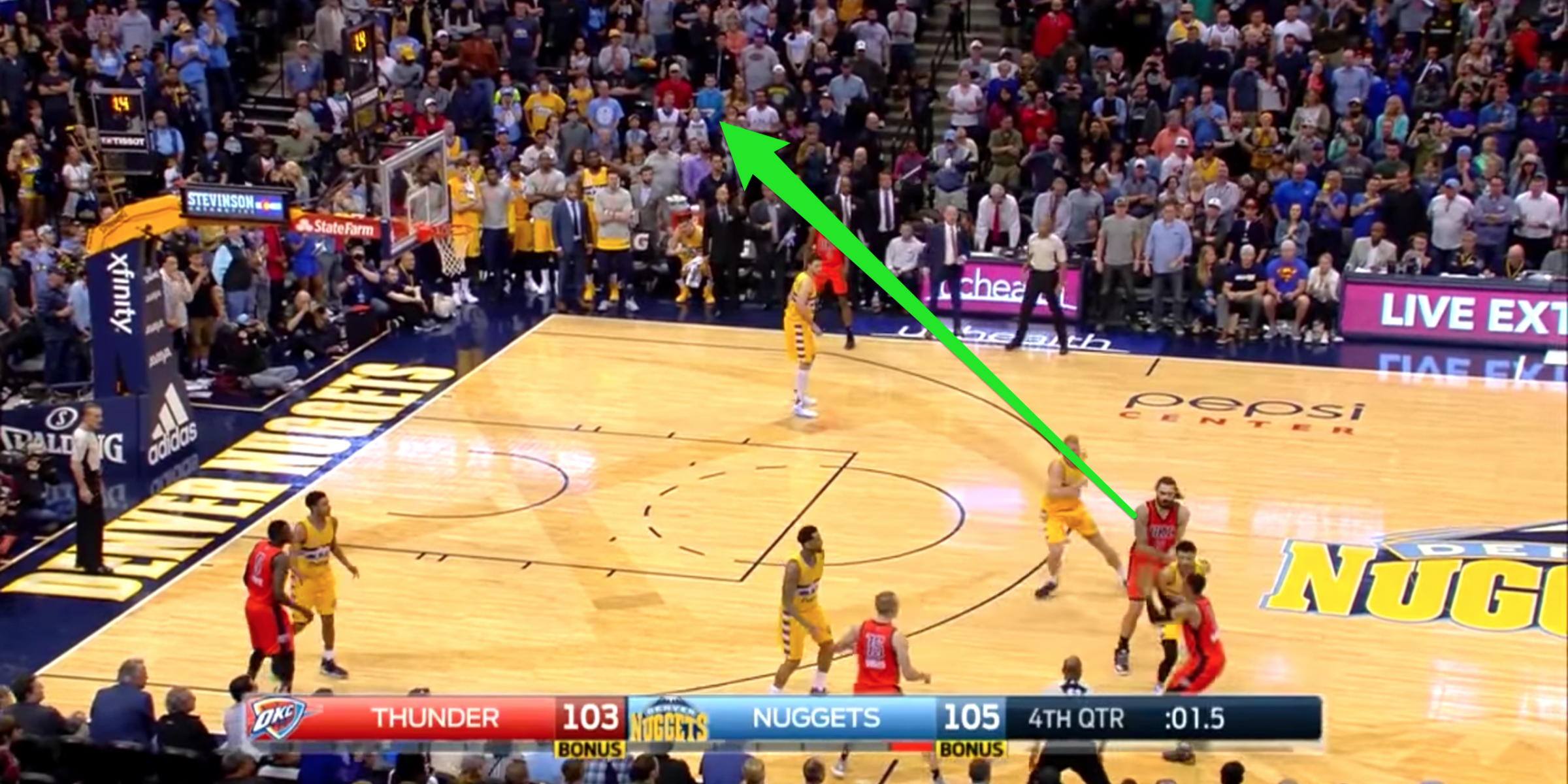 With two games to go in the regular season, Russell Westbrook may have cemented his case for MVP with an historic Sunday night.

After already guaranteeing he would average triple-double for the season over the weekend, Westbrook then put up a monster, record-breaking 42nd triple-double against the Denver Nuggets, scoring 50 points to go with 16 rebounds, 10 assists, and a deep buzzer-beating three-pointer to win the game.

The deep three was Stephen-Curry-esque, similar to Curry’s MVP-sealing 40-foot game-winning three-pointer last season against Westbrook’s Thunder. This time, Westbrook took a pass from center Steven Adams off the inbounds with 2.9 seconds to play, down two, before launching a deep three for the win.

wow russ. give that man the mvp.

Since mid-season, James Harden has seemed to be running away with the MVP in the NBA’s most exciting race in years, thanks to greater efficiency and team record than Westbrook. However, Westbrook’s recent onslaught of triple-doubles, plus Harden’s injury, seem to have turned the narrative back the other way.

There is no wrong vote for this season, with LeBron James and Kawhi Leonard also ranking as other worthy candidates. However, with Westbrook averaging a triple-double for the first time since 1961-62, breaking the single-season triple-double record, carrying the Thunder to the playoffs, and doing magnificent things like hitting otherworldly game-winners, the race may be his to lose.