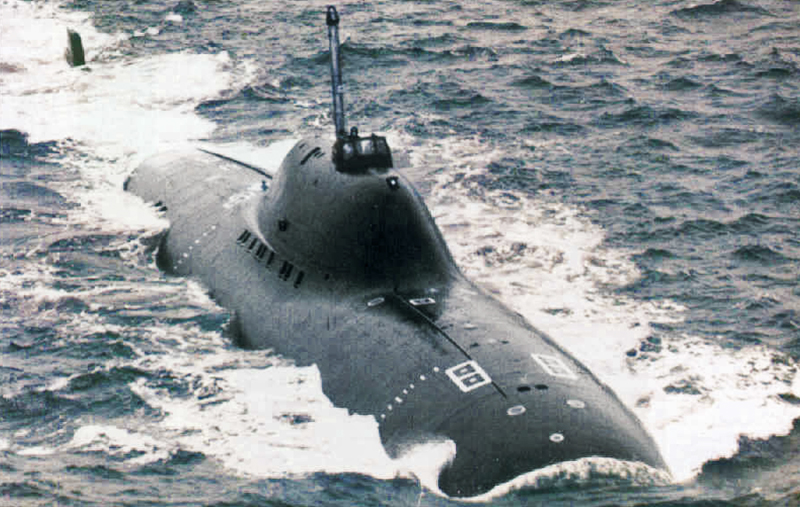 Russia’s Alfa Class fast attack submarine was the SR-71 of the undersea world during the Cold War. The Alfas were largely constructed of titanium, used a liquid-metal cooled nuclear powerplant to obtain extreme speeds, and could reach depths far deeper than their competitors. Now Russia is floating the idea of building a modernized version of the design, one that leverages 40 years in technological advancement to take combat submarine automation to a whole new level.

Make sure to read all about the Alfa Class in this past Foxtrot Alpha feature for full context:

Developed in the ‘60s at the height of the Cold War, it remains the fastest of its kind till this… Read more Read more

Russian news outlet RT reports that there is an imitative to build a new series of Alfa Class boats that are totally revamped, especially in the area of automation.

RT quotes a Russian military industrial complex insider as saying this potential modernized version of the Alfa Class could see the very best of all Russian submarine technologies funneled into one high-end class.

The source also posits that a new version could start with a crew of 55 which may be able to be paired down to around 35 once the new systems are vetted. This is the same size as the original Alfa class complement, although the goal would be to make this size of crew work with much more ease than the original and highly finicky version.

Despite that, in many ways the Alfa Class (also known in Russia as the Project 705 Lyra Class) pushed materials science, nuclear powerplant technology and automation to their very limits. They could outrun torpedoes and rip through the depths at nearly 50 mph. Once they found an enemy submarine, their high maneuverability and speed meant that prey would have a hard time breaking free from a tailing Alfa.

The seven original boats, which were built between the mid 1970s and early 1980s and served into the 1990s, were highly automated for their day, carrying a crew of just 31 to 35 officers, and no enlisted crewman. In comparison, a Los Angeles Class fast attack sub carries four times that today.

Russian fast attack subs usually carry about a quarter to a third less crew than their U.S. counterparts. That’s nowhere near the size of the skeleton crews aboard the Alfa Class boats.

The ambitious automation schemes that the original Alfa Class boats were built around proved to be unreliable and the small crews had trouble keeping up with the needs of the boat while underway. This is where Russian designers now think they can make good on the original Alfa class concept today by infusing it with modern technologies.

The idea of bringing back such a legendary and mysterious class of Cold War-era submarines sure sounds enticing, but exactly how such a weapon system would fit into Russia’s undersea arsenal remains unclear.

When it comes to news, anything related to the Russian military is hot right now—there are even… Read more Read more

Modern submarine technology is largely focused on being as undetectable as possible, and this especially means being as quiet as can be. The original Alfas were anything but quiet, at least when using speed to their advantage. They were so loud, they could be detected hundreds and even thousands of miles away by U.S. listening stations and submarines.

As such, Russia would have to have a new set of tactics in mind in order to give these surely expensive new underwater speed boats an upper hand over their ever more quiet potential rivals and even their stablemates within the Russian Navy. It is possible that way speed could overcome the need to stay silent during some parts of some missions, and it may be a way to undermine emerging submarine tracking technologies. But the moderate and slower speed sound signature of an updated Alfa Class design would have to compete with existing nuclear submarine designs in order to keep the type tactically relevant and flexible.

This includes the relatively new Yasen class of Russian nuclear fast attack submarines which takes a much more balanced approach to speed, armament, crew size, cost and silence than something as exotic as an automated and updated Alfa class boat. Seeing that Russia already is having trouble buying the super weapons it has already built and tested, it is debatable if they can put yet another nuclear submarine design into production.

Then again, submarine warfare is major focus of Russia’s naval revival plans, so it is possible. And seeing how the U.S. is having trouble keeping up with the exploding demand for their own limited nuclear fast attack submarine fleet, it may be a weakness that the Kremlin aims to exploit in the coming decade.