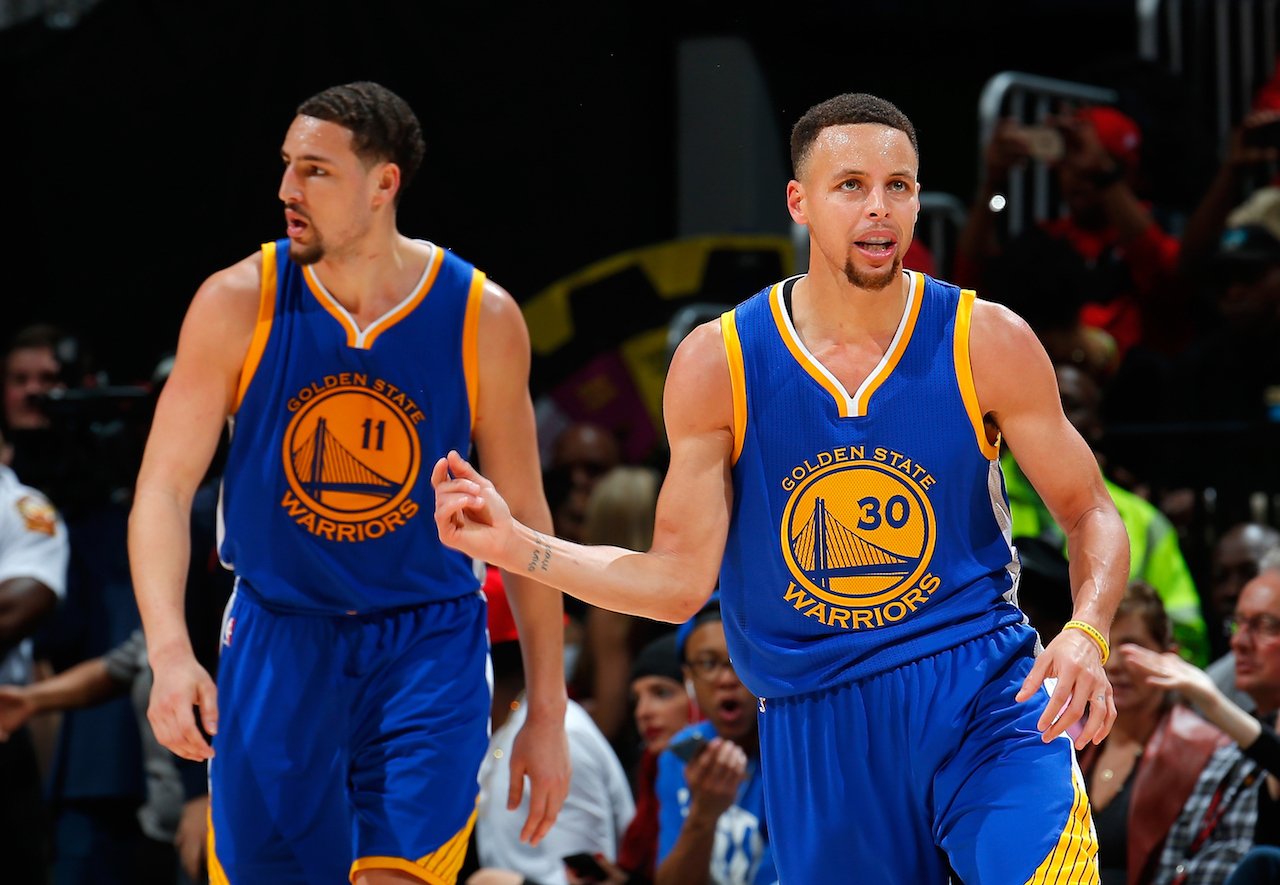 The Golden State Warriors, led by Stephen Curry and Klay Thompson, rallied past the Miami Heat on Wednesday night to improve their history-chasing record to 51-5 for the season.

Combined, the Splash Brothers — Curry and Thompson — made 10 three-pointers: Curry hit six from beyond the arc en route to a ho-hum 42 points, and Klay Thompson added 33 points, including four successful threes.

If and when the Warriors best the Chicago Bulls’ 1996 regular-season record of 72-10 and dethrone them as the best regular-season team of all time, they will be remembered as a team made up of lights-out shooters, as they should be.

But the Warriors are also a team made up of terrific passers, and passing has been chief among Steve Kerr’s priorities since taking over as the team’s head coach. As Andrew Bogut of the Warriors explained on Bill Simmons’ podcast on Wednesday, Kerr believed that upon taking over as coach that if the Warriors could simply cut down on turnovers, they’d be a championship-caliber team.

To do this, Kerr forced his players through rudimentary passing drills that sound better suited for grade-school children learning the fundamentals of basketball than for a team of professional athletes at the apex of the sport.

I still remember the first training camp we had undercoach Kerr. We were doing basic passing drills into the passing net, like left-handed passes, right-hand, overhead, and doing dribbling drills through cones,and a lot of guys were pissed because they were like, “Hey, we’re NBA guys, we don’t need to be doing this stuff.” But coach Kerr was like, “No, we’re going back to basics. You guys turn the ball over way too much. If we can limit our turnovers and just turn it over four or five times less per game, we’re going to win a championship.”

But it was more than just making solid passes. It was getting everyone to buy into a system of selflessness. Bogut continued:

Guys were kind of like, “Ugh, we don’t want to do these petty little drills,” but after a couple of weeks I think guys understood what he was trying to relay onto us. And it was genius in a way, because it’s just instilling the little things, like making the right pass, getting to a jump-stop, hitting your teammate on the chest so that he can get a nice rhythm into his jumper, and it just worked out perfectly.

Consider the following clip, from the Warriors’ November victory over the Detroit Pistons. The passing and ball movement on display here is done, to quote Bogut, perfectly. And it highlights everything Kerr instilled during training camp: making the right pass, hitting players in the chest, and passing up a good shot for a great shot.

It’s hard to imagine too many other teams in the NBA — except for perhaps the San Antonio Spurs — passing up so many decent looks so that Leandro Barbosa can hit a wide-open three.

But it’s precisely this sort of ball movement — yes, and also Curry — that separates the Warriors from everyone else.