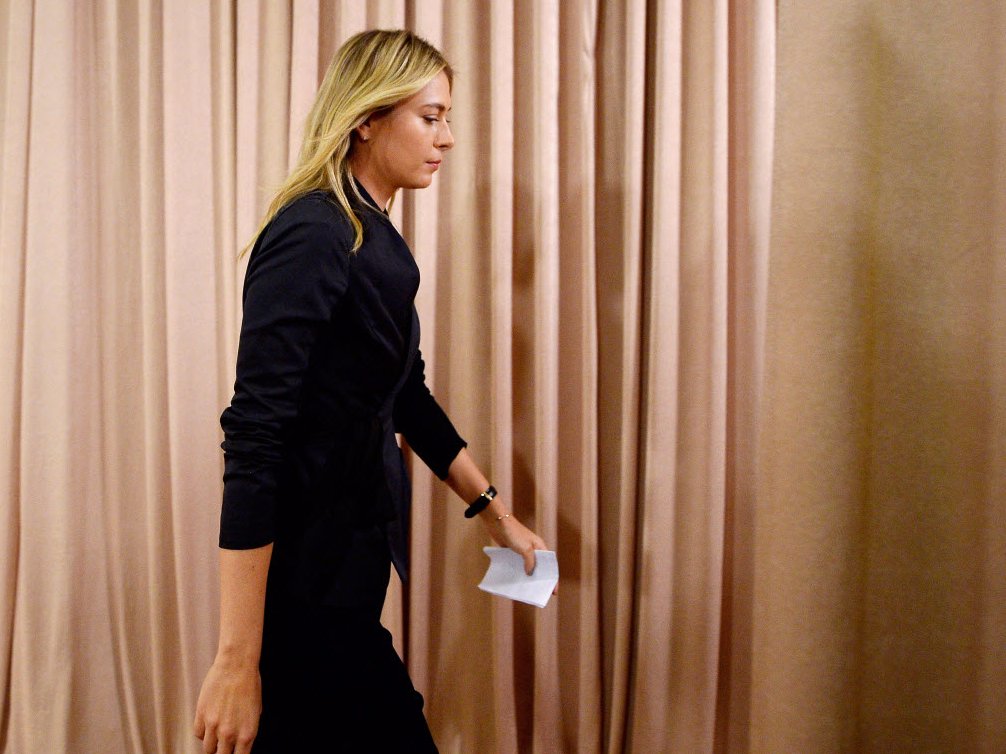 Maria Sharapova announced on Monday that she failed a drug test at the Australian Open, putting her future on the court in doubt.

She is facing a ban from international tennis of two to four years for the positive test. The five-time Grand Slam champion’s suspension will be four years if it can be proved that she took a substance to improve performance, but two years if it was not intentional.

In addition to the Grand Slams, Sharapova is also in danger of being banned from the Summer Olympics in Rio de Janeiro, Brazil. While Sharapova has been provisionally suspended, the head of the Russian Tennis Federation still feels that Sharapova will have a shot to win her first gold medal this summer, denouncing the controversy.

“I think this is just a load of nonsense,” Shamil Tarpishchev told the Tass news agency, according the UK Independent. “The sportsmen take what they are given by the physiotherapists and by the doctors. I think Sharapova will play at the Olympics.”

In other words, Tarpishchev is blaming Sharapova’s doctors and trainers for giving her a banned substance and he is absolving her of blame.

Sharapova tested positive for a substance called meldonium, something she admits that she has been taking since 2006. The substance was just added to the list of banned substances by the World Anti-Doping Agency (WADA) this year, and Sharapova says that she did not read the email with the updated list.

Sharapova won the silver medal at the 2012 Olympics in London.