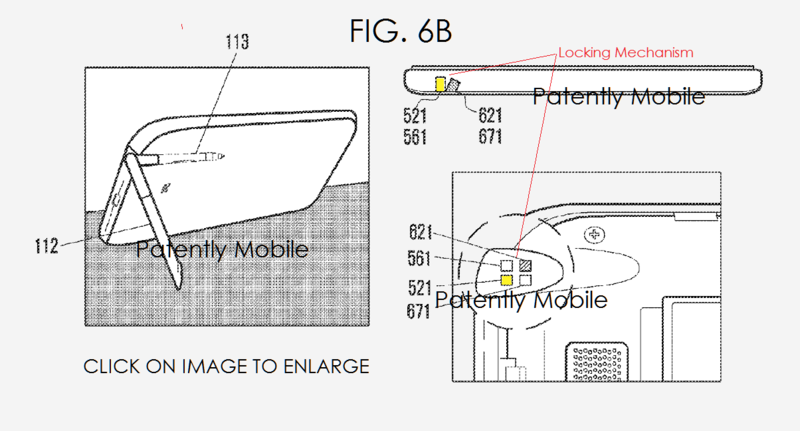 Samsung’s Galaxy Note S Pens have gradually gotten better over the years, but they’ve always had just one function — to be a stylus. That could be about to change. According to a new patent, Samsung is working on an S Pen that doubles as a smartphone stand.

Uncovered by Patently Mobile, the patent describes an S Pen with a small hinge in its center that allows it to be folded almost in half. By placing one end inside a Galaxy Note and allowing the other end to stick out at an angle, users can use it to prop up their device.

Kickstands for smartphones can be incredibly useful — especially for those who like to watch movies or do a lot of video calling on their device — and this is a novel way to have one built-in without it actually being fixed to the back of the handset.

The S Pen would have to be much sturdier than it is today to securely hold a Galaxy Note without snapping, though. And of course, doubling as a stand would mean you couldn’t use the stylus features while your Note is stood up.

This does seem like an S Pen improvement that many Galaxy Note fans would welcome — myself included. But like all patents, it isn’t a guarantee of things to come, so you probably shouldn’t expect to get a folding stylus with the Galaxy Note 6 this fall.