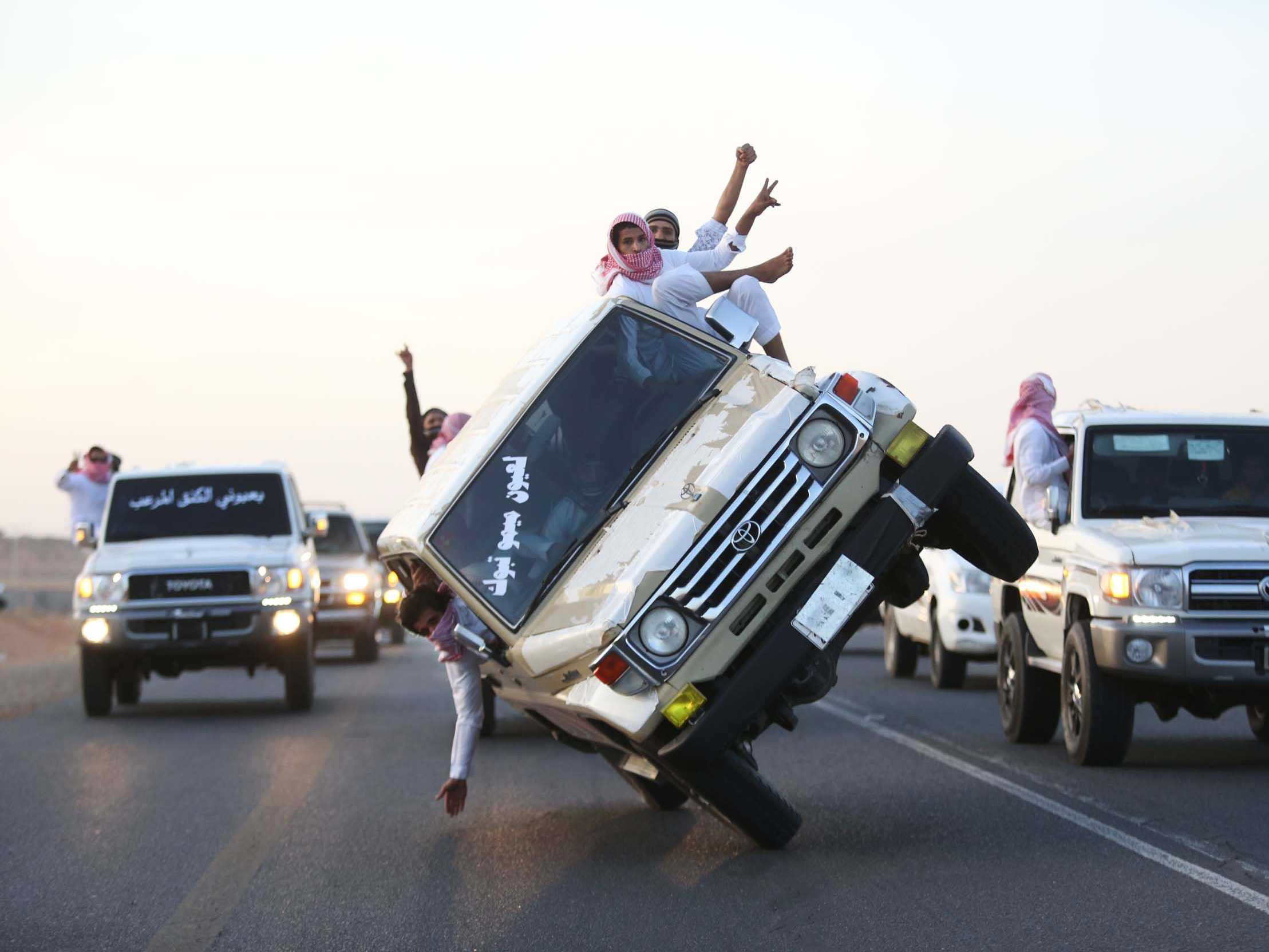 Saudi youths demonstrating a stunt known as “sidewall skiing” in the northern city of Tabuk, in Saudi Arabia, in 2014.Reuters/Mohamed Al Hwaity

Saudi Arabia has had a rough go of it of late.

The oil crash, which shaved about 75% off the price of oil between June 2014 and February 2016, has wreaked havoc on Saudi Arabia’s economy.

Saudi economic growth during the first quarter of 2016 took place at a 1.5% annualized rate, which was the country’s weakest since 2013. That growth slowed to 0.9% during the third quarter of the year before ticking back up to 1.2% in the fourth quarter.

The oil crash, and its aftermath, caused the kingdom to rethink its “addiction” to oil, leading to the introduction of the Vision 2030 plan, which aims to diversify the Saudi economy away from oil. The plan includes the initial public offering of the state oil giant Saudi Aramco, which is likely to be the world’s largest publicly traded company after its IPO. But more important, at least to the average Saudi, was the government’s announcement that it was slashing worker pay.

Back in September, the kingdom announced it was slashing ministers’ salaries by 20%; cutting salaries of the members of the Shura Council, which advises the monarchy, by 15%; and canceling bonus payments for state employees. That caused consumer confidence to tumble further from already depressed levels and promoted a backlash on social media. On Sunday, the Saudi government reversed at least some of that policy.

“The Saudi government’s decision to reinstate benefits for civil servants appears to be a U-turn on one of the more unpopular austerity measures,” Capital Economics Middle East economist Jason Turvey wrote.

The decision to reinstate bonuses comes after recent data showed the fiscal deficit in the first quarter was just half of what the kingdom had been anticipating as a result of bigger-than-expected cuts in government spending and improved revenue thanks to higher oil prices, Turvey says.

Back in September, Saudi Arabia, along with the other OPEC and non-OPEC producers, announced a plan to cut oil production for the first time since 2008. Speculation leading up to the production cut lifted the price of a barrel of oil from less than $40 to as high as $54.45.

Turvey warns that the steps taken by the Saudis are not “a wholesale reversal of recent belt tightening.”