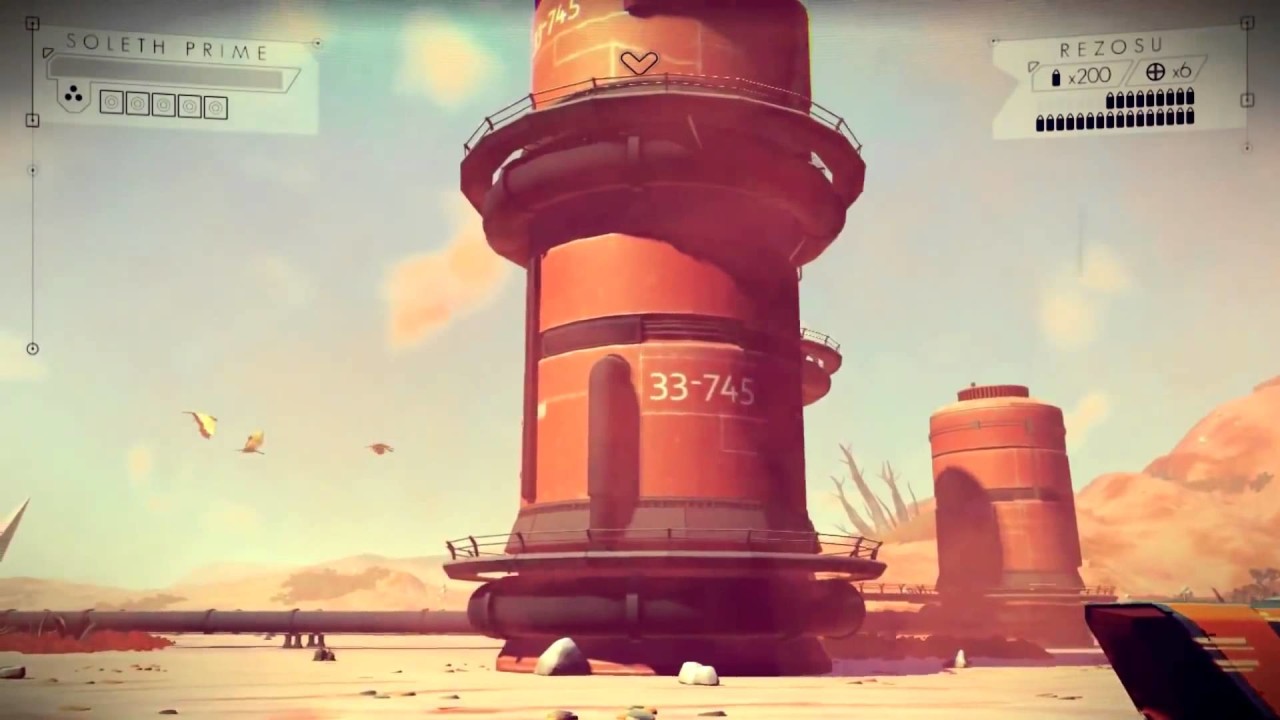 Like a diseased rat biting into the back of an unwilling host’s neck, Hello Games’ No Man’s Sky has been bugged by the ever looming question of “Yes, but what do you actually do?!”

“Well, you fly from planet to planet and explore places no other gamer has a statistical chance of finding,” answers the singular logical voice of the Internet.

“You shoot robots, research the universe’s life, find the center of the galaxy, and share your findings with the community?”

“You’re not listening to me! What do you DO?”

I’ll never understand this logic, this desire to be an absolute expert at a video game before the thing even comes out. Gamers are so afraid of “the unknown” these days, their brains hosting a subconscious desire to always be one step ahead of the curve and never once on the-outside-looking-in.

We’ve stumbled into a generation that will refuse to buy a video game unless it has been thoroughly picked apart and scrapped to pieces on YouTube channels and Let’s Plays. With the knowledge of how to do so, gamers then progress through a game on the path of least resistance, make a notch on their belt when finished, and move onto the next game, probably the same one they were watching while absentmindedly fumbling through the game they just played. Multitasking!

This is a demographic who decries the lack of multi-million dollar risks that major publisher take in video games anymore, and yet refuses to take their own $60 risk on something that might surprise them. You mean… I might actually have to figure out how this works on my own?

Of course, this broad generalization gets us nowhere. The term “gamer” now expands into countless philosophies, and those decrying the lack of information on No Man’s Sky are merely more vocal about their concerns than those who would rather just see what lies in wait. I’ve fallen into the latter category and am eagerly awaiting the video game I know very little about, hoping that it will be as mind-blowing as my imagination makes it out to be.

And this naivety comes as the result of a choice I’ve made, not by the lack of information that is already available. I know there are previews out there that further detail what this game is going to entail, and I know exactly where to find them. However, I am choosing not to. I’ve made it this long avoiding information on the game, so I might as well just see it through.

The mystery behind this game is half of the appeal.

Some would call me ignorant and ask why I would drop $60 on a video game I know nothing about, but I would simply answer that I’ve dropped $60 on games I’ve had to thoroughly research for my job, and on many occasions, they’ve been disappointing anyway. Knowledge and foresight won’t always help you.

That’s my case, at least. I don’t want to know any more than I have to, but to those that want all the information up front, can I genuinely ask why? Is it to make sure you drop $60 on an investment worthy of your money, or is it just because a video game you can’t fathom makes you uncomfortable?