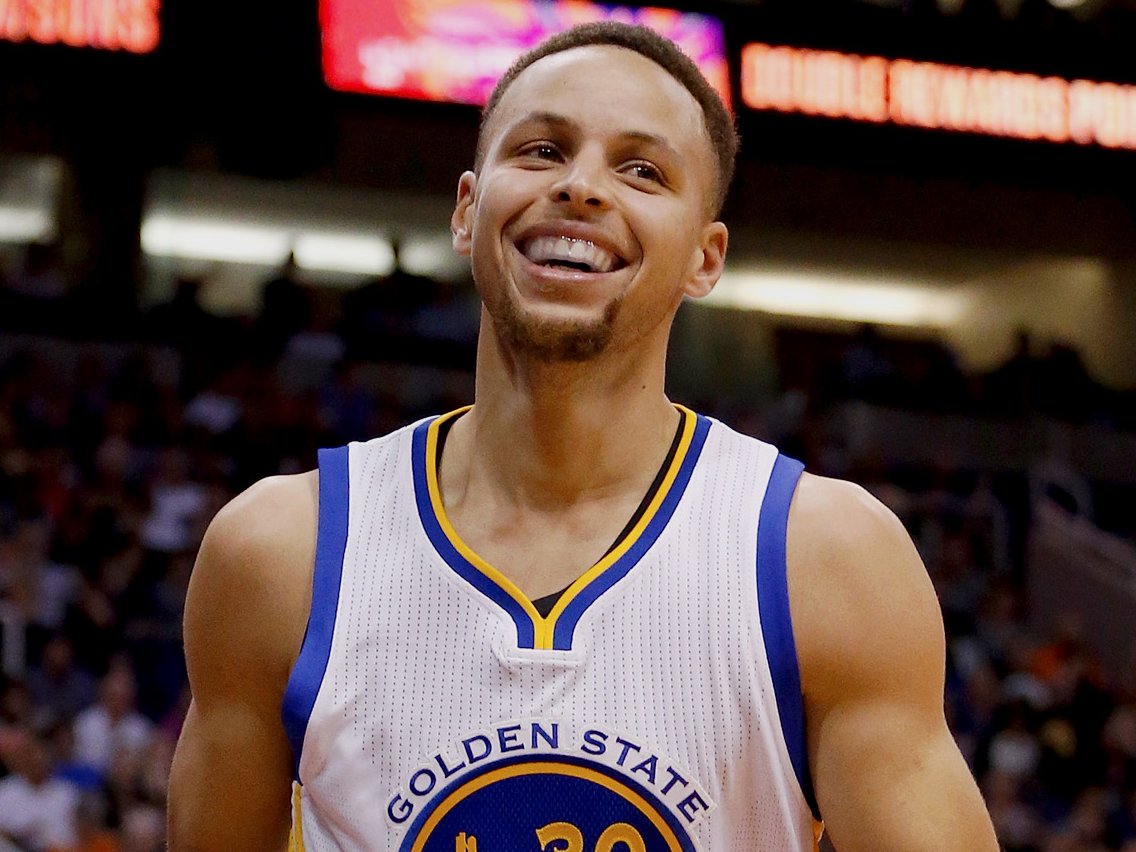 No matter how often it happens, it’s dazzling every time.

Give him several feet or even a few too many inches, and Stephen Curry, at the drop of a dime, will uncork a three-pointer from an impossible distance, stunning the crowd and his opponents.

For anyone else, this type of shot selection would be criticized, particularly in a half-court setting when there are plays to be run. But for the Warriors, it’s a built-in game plan on sorts.

“We let him improvise,” Warriors assistant coach Luke Walton told Business Insider in an interview. “We want our whole team improvising, to be honest.

“We believe in giving them the freedom and responsibility of making the right play, even if a play call is on. If something else is open before we get to the end of that play, we want our guys to attack. We don’t want our guys to be like robots out there.”

While the Warriors play a loose, uptempo style of offense as a whole, nobody else embraces it like Curry, whose seemingly reckless abandon has made him must-watch TV. It’s not unusual for NBA teams to hand the reins to their superstars, but there’s a difference between letting LeBron James bull-doze to the basket or letting Kevin Durant face-up from the high post. Curry’s autonomy on the court comes with pull-up 28-foot shots or series of dazzling dribbles as he worms his way to the basket. At times, these plays come at the expense of a more formal play call.

Walton, who coached the team through the first 43 games while head coach Steve Kerr recovered from back surgery, says it’s fine if Curry lets one fly from distance only a couple of seconds into the shot clock, even if that’s not the play call.

“It happens a lot throughout the game, and it’s not always the right decision, but he has that freedom and green light that if he sees an opening, he can take it,” Walton said. “And we know that even if he doesn’t make that shot, the fact that defenses have to worry about that and cover that throughout the game, it’s gonna get other people wide open, knowing at any time he can raise up and shoot a three-pointer.”

In a 119-113 win over the Orlando Magic on Monday, Curry strengthened his MVP campaign by pouring in 41 points on 14-24 shooting, 7-13 from three. And in what’s become a nightly occurrence, Curry hit more jaw-dropping shots.

As Walton notes, the very threat of Curry making those types of shots changes a defense. So, there’s never any frustration with those shots — even if he misses. “No. Because we know it’s a big picture thing. It’s not about that one play. Most of the time he makes the right decision.” Walton did admit that the only time Curry can frustrate the coaching staff is with turnovers, which has proven to be the the Warriors’ Achilles’ heel. After 24 turnovers nearly cost them the game against the Magic, Kerr admitted that same frustration. Still, Walton knows that Curry’s occasional sloppiness doesn’t mean they should pull him in, either.

“Even that’s a fine line because that’s how he plays and it’s the freedom that he plays with that makes him so great,” Walton said. “So, if we were to get on him every time he made a fancy pass or crazy pass, I think that would take away some of his creativity and that’s what one of his biggest strengths is, making plays out of nothing.”

Curry isn’t perfect, of course, and the Warriors’ coaching staff knows it. But he’s coming as close as the NBA has seen to perfection of late. Since the All-Star break, Curry is averaging 35.7 points per game on 53% shooting, 49% from downtown, 89% from the free throw line — for a 69.7% True Shooting mark. That’s an efficiency rate that would make big men who primarily score around the basket blush.

So, the Warriors have no plans to shorten Curry’s leash.

“[Curry] knows that he has the green light to pull and be a gunslinger whenever he wants,” Walton said. “And we just ask him to manage the game and know the score and the time and make those choices — make smart choices of when he does that.”