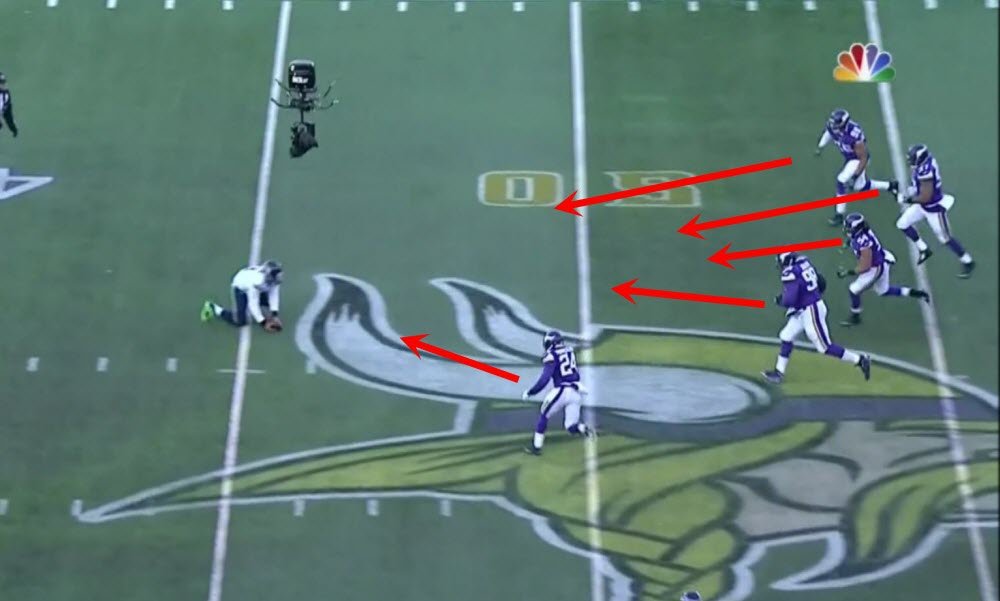 More specifically, Wilson somehow managed to turn what looked to be a broken play into a massive completion that got the Seahawks into the Red Zone for the first time all game.

With the Seahawks trailing 9-0 in the fourth quarter, the snap slipped through Wilson’s hands and ended up 15 yards into the backfield. As Wilson is scooping up the ball, five Vikings defenders were closing in on him. But as Wilson tends to do, he stayed cool, and eventually found a receiver wide open downfield, setting up their first touchdown of the game.

Prior to the play, the Seahawks offense had been as cold as the Minneapolis weather. But the Seahawks subsequently scored a touchdown two plays later, forced a fumble on the next Vikings possession, and then turned the turnover into a field goal. They currently lead 10-9 down the stretch in the 4th.