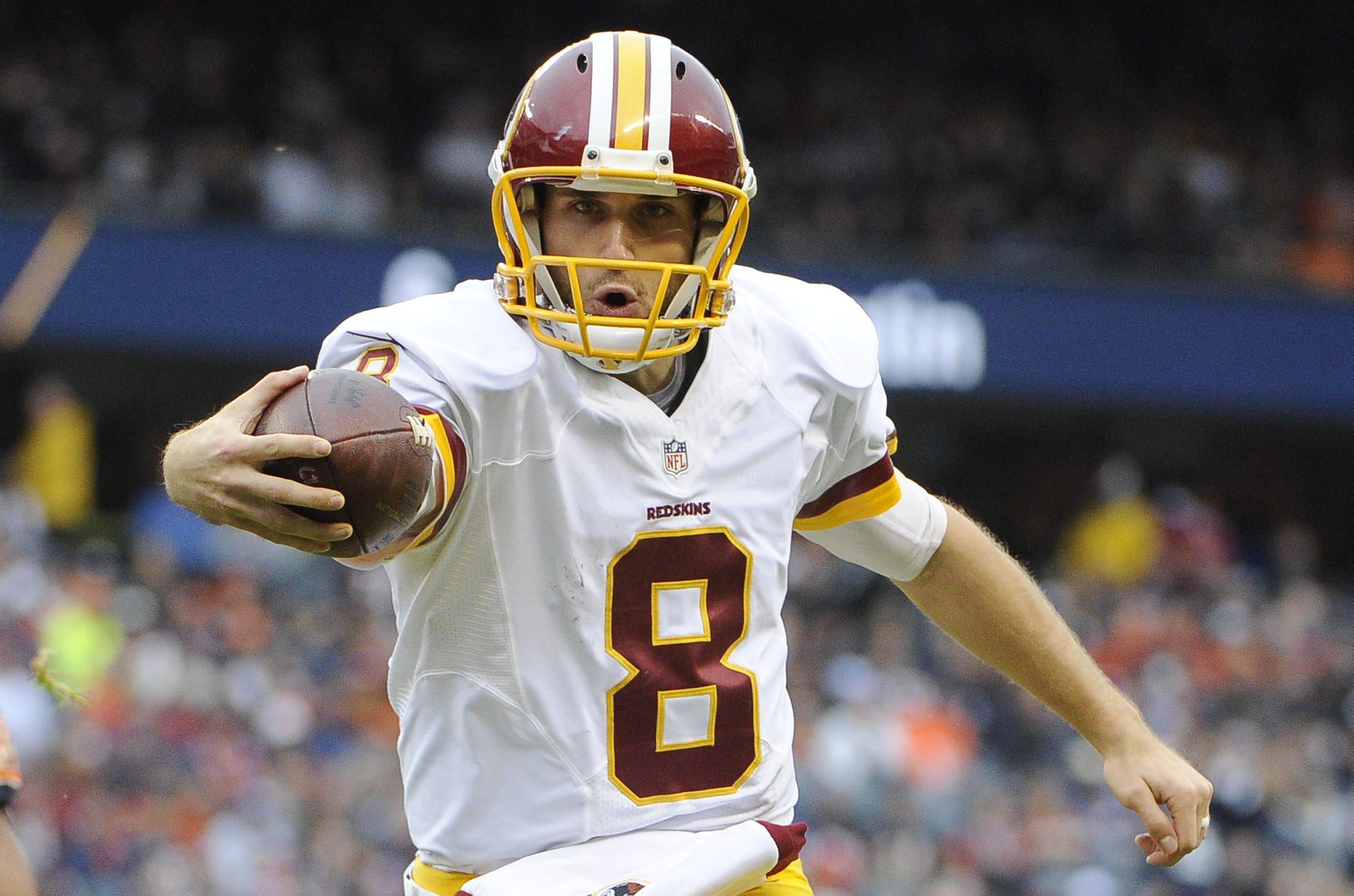 It wasn’t long ago that the name Kirk Cousins called to mind ill-advised throws and multi-interception games for a laughably bad Washington team.

But over the course of the 2015 season, Cousins has transformed from a liability into a legitimate threat, helping the typically terrible Redskins win the NFC East.

A free agent this off-season, Cousins is expected to sign a hefty new contract to remain in Washington. Sources close to the organization have said there’s no way the ‘Skins will let him go.

But if you pulled up next to Cousins at a red light as he drove to practice, you wouldn’t exactly guess that this was an athlete on the verge sizeable payday. In fact, you’d be more likely to think that this was a 27-year-old living out of his car.

As Kevin Clark explained in his terrific piece on Tuesday in the WSJ, Cousins shows up to the Redskins’ practice facility each day in a dented 2000 GMC Savana passenger van that originally belonged to his grandparents.

Cousins’s conversion van initially belonged to his grandparents. He said he liked it for its sentimental value, but also its practicality. The 2000 Savana sat high enough for his 6-feet-3 frame and was comfortable on the inside. “I figured I’d have more fun driving this than a Toyota Corolla, so I might as well just stick with the van,” Cousins said. And Cousins isn’t the only big-name Redskins player who has adopted this economical lifestyle. Many of his thrifty teammates make even more money than Cousins.

Alfred Morris, who earned $1.5 million this season, typically commutes to practice on a road bike that he docks in his reserved parking space. When it’s too cold to bike, the Redskins’ leading rusher opts for what he calls his “Bentley”, a 1991 Mazda 626 that he drove up from Florida prior to his rookie season.

Ryan Kerrigan, who signed a five-year, $57.5 million contract prior to the season and is arguably the ‘Skins best player, lives in a humble apartment in suburban Virginia with his best childhood friend and “splurges” on Chipotle and Potbelly. Kerrigan drives a Chevy Tahoe that Clark noted looks like a Lamborghini compared to some of his teammates’ whips.

So why the frugal lifestyles? Clark surmises that it has at least something to do with the fact that many of these players were later-round draft picks. Cousins, Morris, and Jordan Reed, the team’s receptions leader, were all drafted in the third round or later.

According to Clark, Cousins’ thriftiness dates back to his days at Michigan State, when he saved money by picking up golf balls for minimum wage.

Still, when Cousins does cash in this off-season (and don’t write the ‘Skins off so quickly this weekend; they opened as one-point favorites over the Packers), he might opt for a better ride.

“Maybe someday I’ll have enough saved and I’ll see what I can get,” Cousins told Clark on Tuesday. “But it’s better to buy appreciating assets than depreciating. No yachts, no sports cars.”