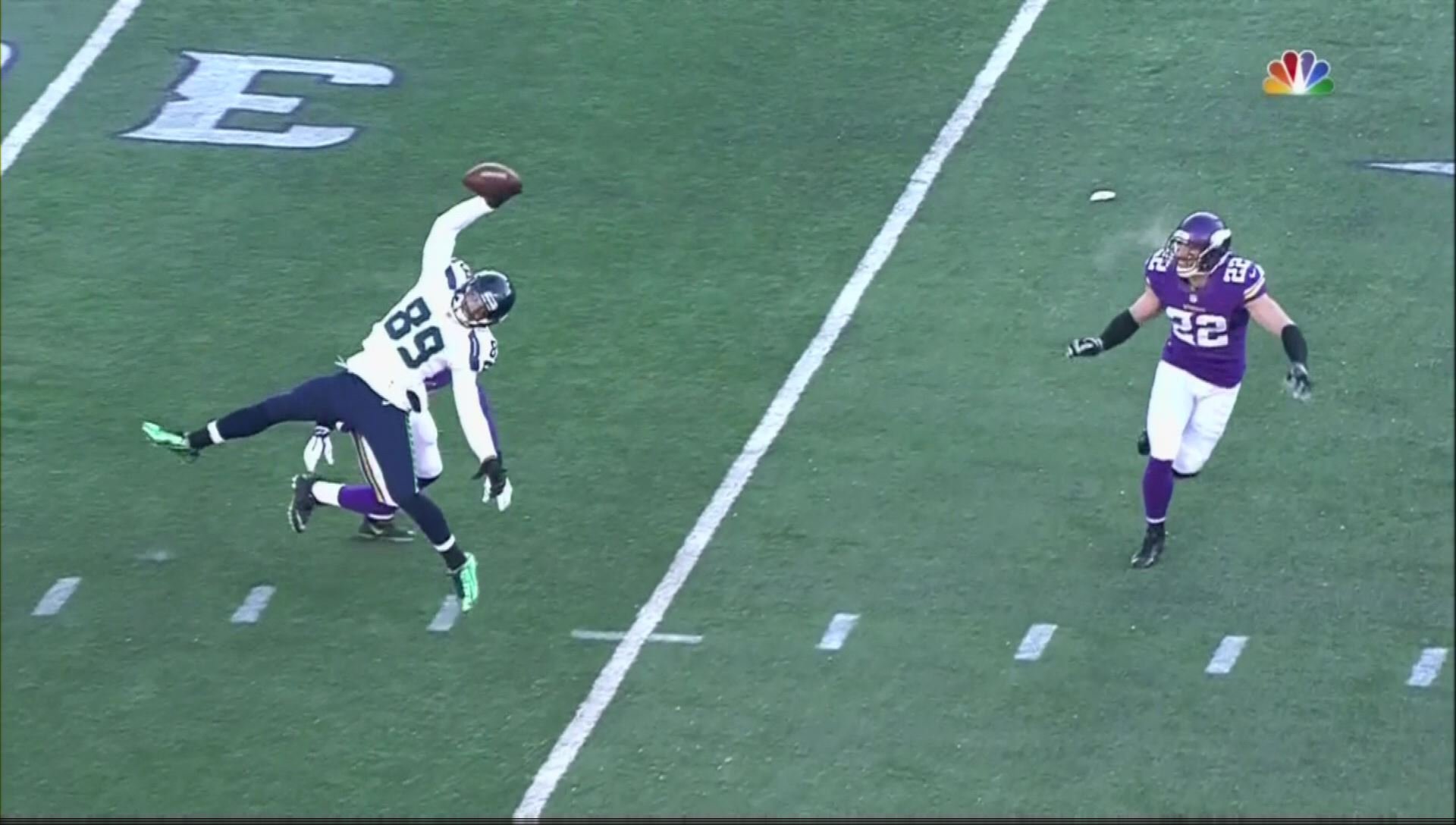 Freezing weather conditions in Minnesota have made for a low-scoring Wild Card game between the Vikings and Seahawks. The Vikings led 3-0 at halftime, though neither team had over 100 yards of total offense in the first half or managed to complete big passes down the field.

All of which makes Doug Baldwin’s one-handed catch early in the second half especially impressive. Russell Wilson hit Baldwin up the seam, though as the ball left Wilson’s hand it appeared to have been overthrown. Baldwin somehow managed to pluck the ball out of the air with one hand, while falling over, in sub-zero conditions.

Odell Beckham Jr., wherever he’s watching the game, had to have liked this one:

And here are the replays: