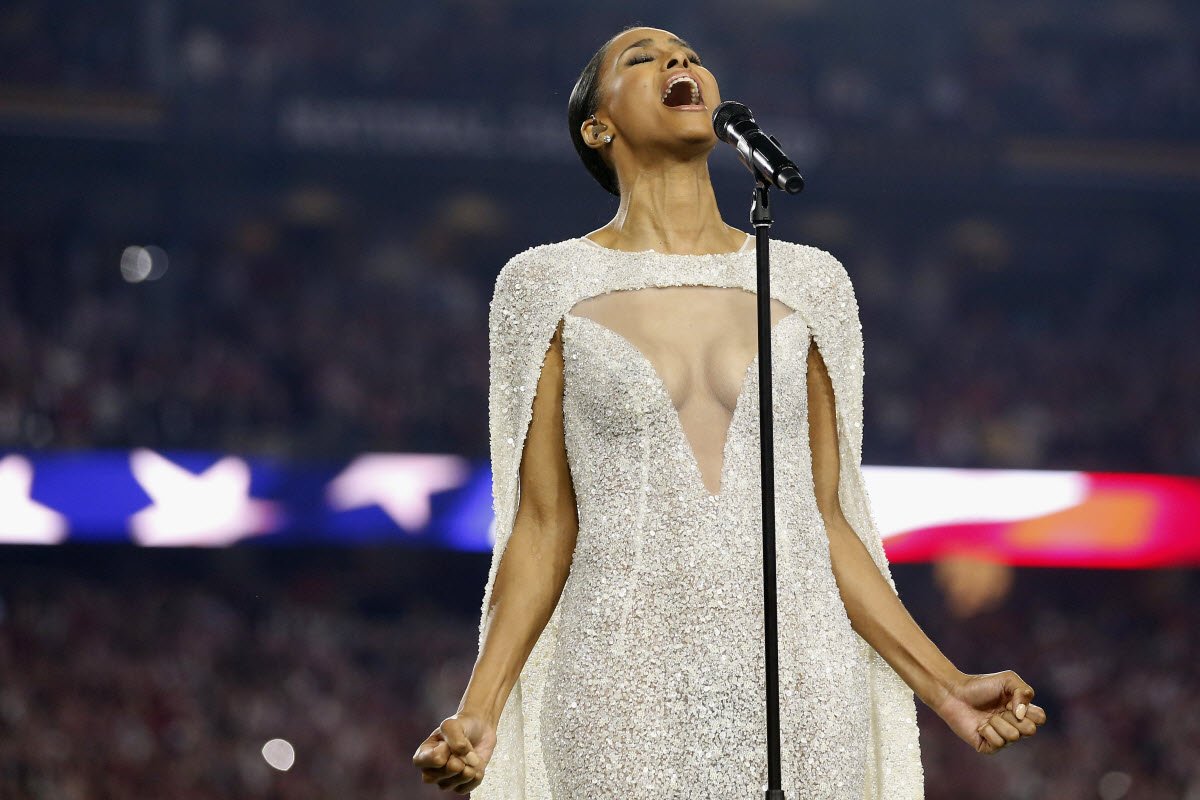 Ciara has caused a stir with the dress she wore (above) to sing the national anthem before the College Football Playoffs championship game.

The feeling was that the dress was too revealing.

Bonnie Bernstein, who worked at ESPN for many years, was the most vocal at first, pointing out that children are watching and that Ciara should “cover up.”

Dear Ciara. You’re stunning. But this is a National Championship Game. Kids are watching. Cover up.

Another former ESPNer, Jason Whitlock, then supported Bernstein, calling the dress “inappropriate” and that the game was not the right venue for “nudity.”

Appropriate, fair tweet. The dress was inappropriate. Her voice was more than enough. Why distract w/nudity? https://t.co/Fv93ioO7TM

Here is another view of the dress: NOW WATCH: How Rory McIlroy makes and spends his millions