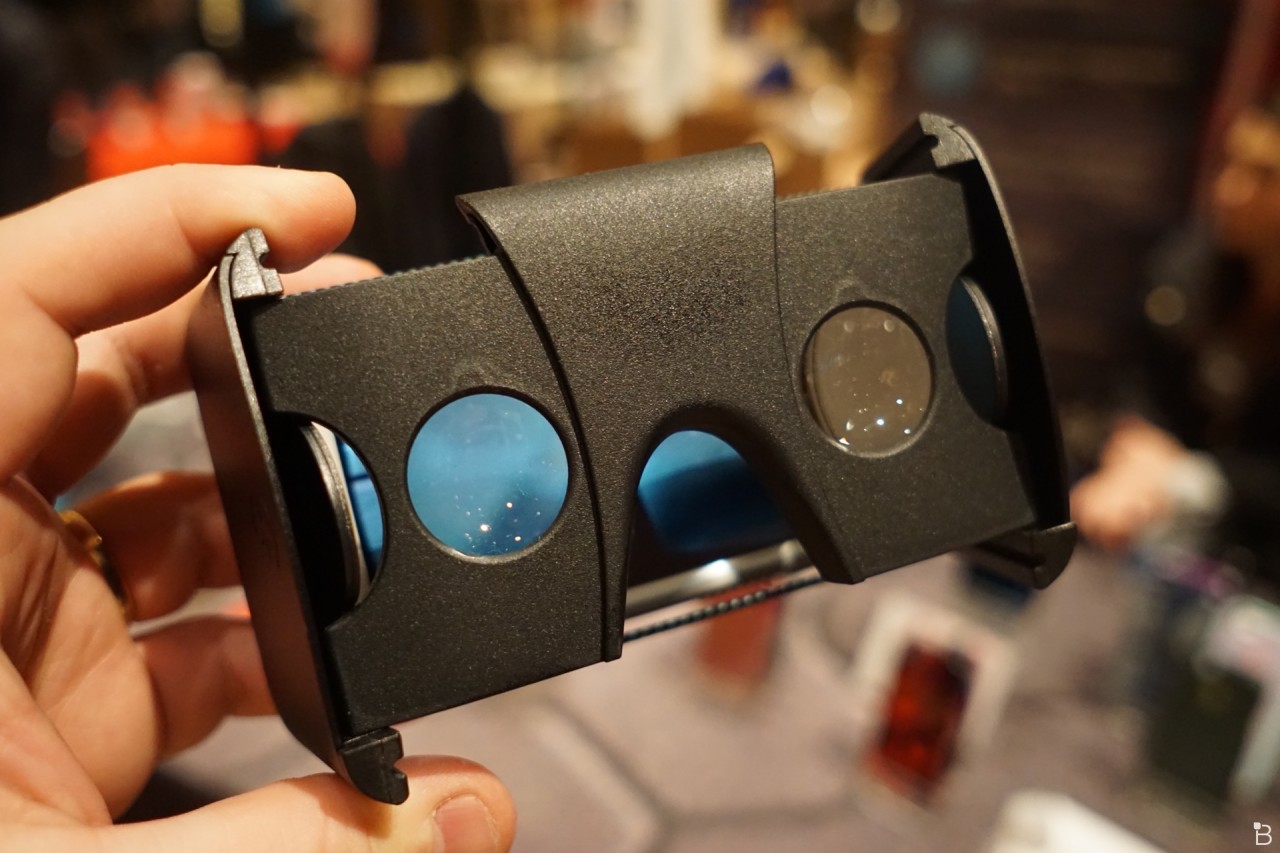 Speck recently announced a new Galaxy S6 and iPhone 6 accessory that turns your smartphone into a virtual reality headset. It’s simple, almost like Google Cardboard but plastic, and highly portable. In fact, it easily slides right into your pocket so you can take virtual reality wherever you go.

We met with Speck to get a quick look at how the “Pocket VR” works. Everything starts out folded up in a small rectangle and easily pops out to create a viewer. Then, on one side, you simply snap in your iPhone 6 or Galaxy S6 and you’re all set. The whole process takes just seconds to setup.

It’s a pretty impressive gadget, but it’s also just meant for casual VR — your eyes aren’t completely covered in the dark, so viewing isn’t as good as it is on other devices like the Gear VR. And considering this only costs $30 less than that, Galaxy S6 fans are probably much better off with the Gear VR. Still, for portability and pure fun — showing VR to friends who haven’t experienced it, for example — the Speck Pocket VR is pretty compelling.