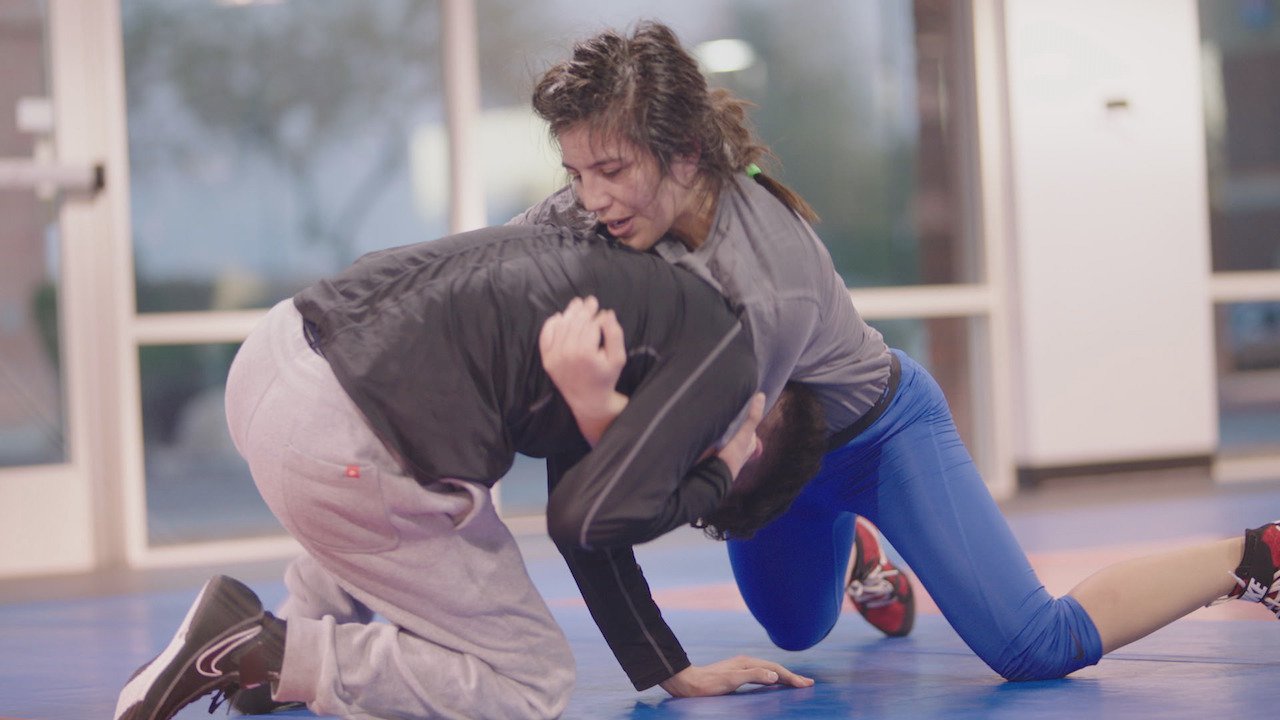 “I worked at a taco shop for almost a year,” Jessica Medina, the third-ranked American women’s wrestler in the 117-pound weight class told me over the phone between training sessions in Tempe, Arizona last week.

“Last year I was coaching at a high school, and the boys were my training partners and I would coach them at competitions on the weekends. Before that I worked at a Cracker Barrel for a while, serving food I don’t even eat.”

Such is the famously un-glamorous lifestyle of the vast majority of U.S. Olympic hopefuls, athletes who work humdrum part-time jobs in order to support themselves and their lofty Olympic dreams. Unlike in many other countries, Team USA athletes are not financially supported by the U.S. government, and outside a handful of superstars able to cash in on endorsement deals or pro leagues, most American Olympians and Olympic hopefuls make nearly nothing. As CNN reported in 2012, 50% of American track and field athletes earned under $12,000 per year.

Chances are, you know this already. In some capacity, anyway. The narrative of the Team USA athlete working a mundane job in order to also Go For Gold is the most reliable (and, I think, reliably American) Olympic narrative out there. Even our most sports-allergic countrymen know this through and through.

From 1992 to 2009, Home Depot employed more aspiring American Olympians than any other company in the country. However, in 2009, Home Depot ended its partnership with the U.S. Olympic Committee, citing financial hardships. Between ’09-’15, no company partnered with Team USA in this capacity.

Enter Dick’s Sporting Goods. In 2015, Dick’s established the Contender’s Program with Team USA — a partnership with the USOC that is a lot like the Home Depot program from years past. (Their newly released commercial — “The Contenders” — has a similar feel to a Home Depot commercial, and it’s pretty great.) With the 2016 Summer Olympics in Rio now under five months away, Dick’s currently employs around 200 Team USA hopefuls competing in 35 different Olympic and Paralympic sports, across 89 stores in 32 states.

“We wanted to create a program that sponsored those who need it the most, and thus we worked with the U.S. Olympic Committee to create our Contenders Program,” said Lauren Hobart, the company’s Executive Vice President & Chief Marketing Officer. “The Program offers flexible work schedules with a competitive wage to athletes training to be part of Team USA.”

“We want to celebrate and support the grit and determination of these athletes and provide them with a program that allows them to focus on their training — and not how they are going to put food on the table or pay next month’s rent.”

Medina is one of these athletes. One day each week, you won’t find her doing circuits on the Arizona State mats (she works out with the university’s wrestling team), or sparring with the top high school wrestlers in the state at a nearby MMA gym (for her weight class, she needs high schoolers as wrestling partners); instead you’ll find her working in the footwear department at the Tempe store location. “I’m used to dealing with customers, so it’s been pretty easy,” she said. “At my other job I’d be stressed out all the time about getting someone’s food order wrong, so this is great. This is a lot less stressful for me.”

Since she graduated from college in 2009, Medina has worked a slew of odd jobs to support her wrestling career. The stint at the taco shop, she said, ranks among the best food-industry jobs she’s had. And not only does she feel that Dick’s is perhaps the most reliable jobs she’s worked, she also values that it is an activity removed from the all-encompassing nature of training for the Olympics.

“You have your teammates, you have your coaches, your wrestling community and the people you see everyday, so it’s nice to have people that are not training for the Olympics,” she said. “My coworkers are just normal people. It’s nice.”

Medina failed to qualify for the 2012 Olympics, and she faces an arduous road to qualify in her weight class this summer. The nature of Olympic wrestling is such that even if she wins the 117-pound class at next month’s Olympic Trials (she is ranked third), she will then still need to win an international event in Mongolia this summer to officially qualify for Rio. And this, maybe, is something to keep in mind in the coming months. Because for every Team USA athlete who reaches the podium at Rio and currently works a part-time job at a Dick’s, or at a high school, or even at a taco shop, there are many more Olympic hopefuls who work these jobs and who will fail to reach the Olympics at all.

Medina, for her part, is confident.