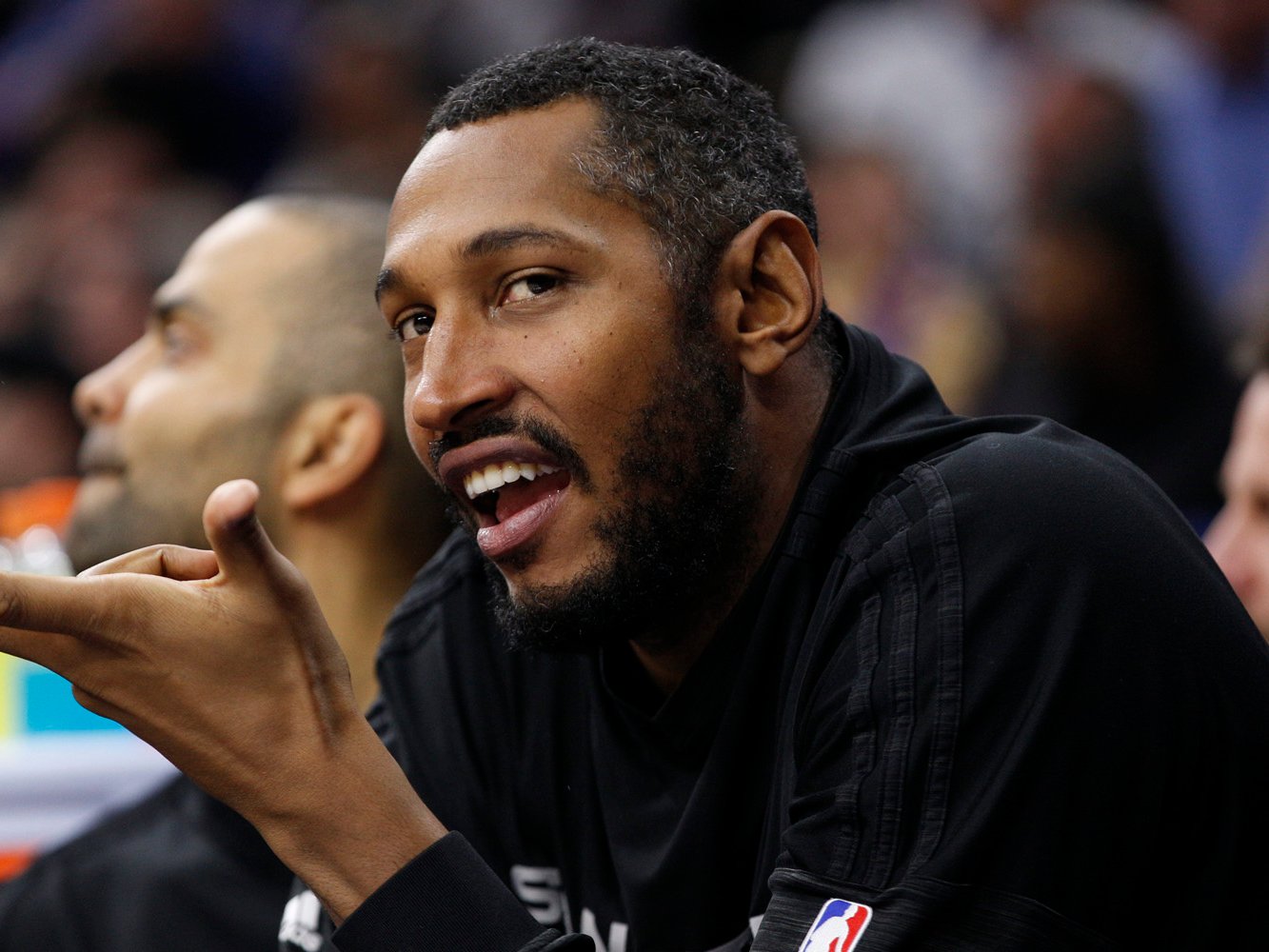 San Antonio Spurs forward Boris Diaw is one of the most unique personalities in the NBA.

The 33-year-old Frenchman is renowned for his laid-back style on and off the court and for his numerous cultural interests, from food to travel to wildlife.

According to Jeff McDonald of the San Antonio Express-News, Diaw has taken that cultural lifestyle to a new height this season by installing an espresso machine in his locker.

McDonald says Diaw grew tired of the arena coffee, so he bought an espresso machine, complete with saucers and teacups, for his locker to get his caffeine fix before games.

Diaw put up an Instagram of his new toy:

Still undefeated at home and an espresso, What else ? #nespresso #coffeetime #borista

As best as we can tell, the machine looks like a Nespresso Inissia, which goes for $150 on Nespresso’s website.

“I still get the same amount of caffeine,” Diaw told McDonald. “I just enjoy drinking it now.”

The recent purchase is part of a long history of Diaw’s love affair with coffee. McDonald notes that Diaw often walks into shootaround holding a Starbucks cup. He also took a trip to Colombia in the off-season to taste some of the world’s freshest coffee.

New science of coffee!! Just tried one of the best coffee in the world…. #buenissimo

As McDonald notes, Diaw’s “laissez-faire” lifestyle has earned him the nickname “Tea Tie” by teammate LaMarcus Aldridge, but Diaw seems to have coined “Borista” for himself.

This is all part of Boris’ casual demeanor. Despite his laid-back style, he can still turn it on when he wants to, even with a coffee in hand.

In a profile of Diaw from ESPN’s Marc Stein, Cavaliers GM David Griffin shared an incredible anecdote in which Diaw, at predraft workouts when he was with the Suns, walked in in flip-flops with a “customary” cappuccino in hand. Diaw saw the Vertec machine, which measures players’ verticals, and asked what it was and who had the highest jump — Amar’e Stoudemire cleared the whole rack. Diaw kicked off his shoes, put down the cappuccino, cleared the rack, and said, “That was not difficult.”

So, while Diaw may have decided to treat himself with an extra dose of caffeine before games, it clearly isn’t going to affect his performance as a key member of the Spurs.