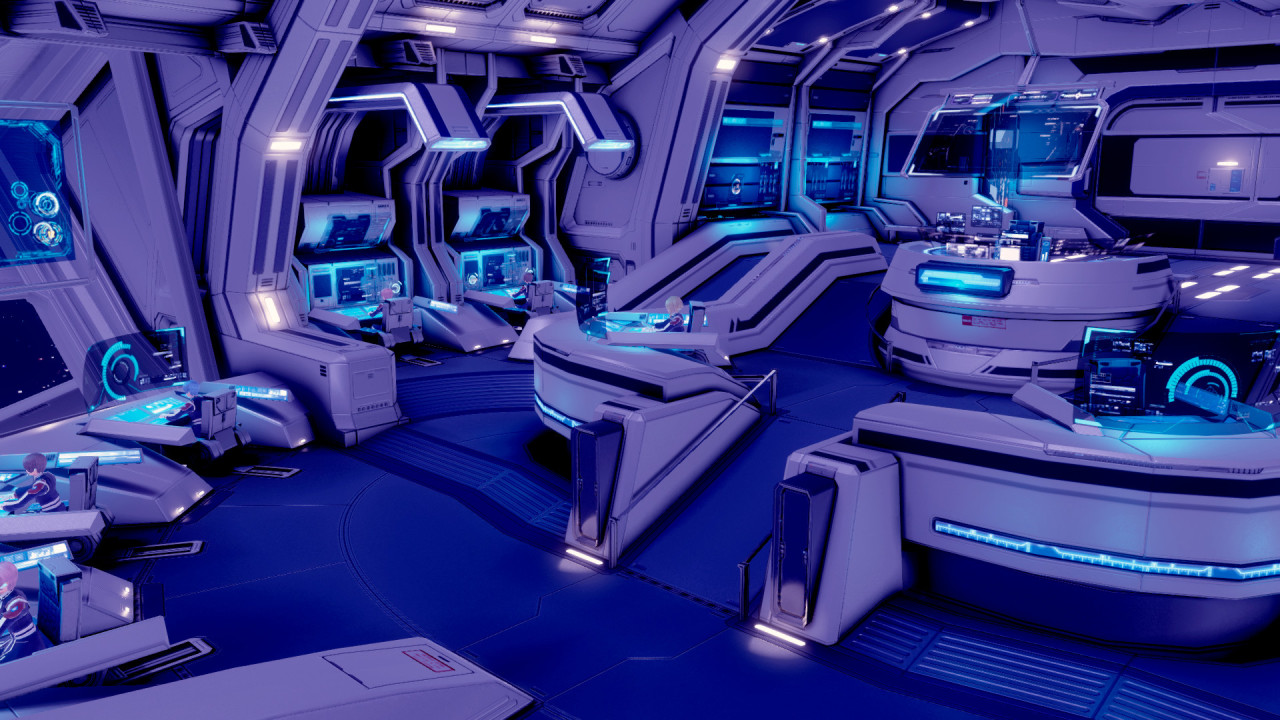 Star Ocean: Integrity and Faithlessness isn’t immune to Japan’s tendencies for crazy names. While our cast of characters has been spared catastrophic duds like “Hope” or “Snow,” the bunch cruise across the galaxy in a ship called the Charles D. Goal F.

And this just in! When not blasting across the stars, the team takes some much needed R and R on the Sloop John B. Watch out for the cook, guys! He’ll steal your corn.

The Charles D. Goal F is owned by the Pangalactic Federation, and its powerful navy props it up as a state of the art vessel equipped with the latest engines, medical research labs, shields, and weapons. tri-Ace has provided a little glimpse of spacecraft heaven in the latest batch of Star Ocean: Integrity and Faithlessness screenshots.

The gallery also gives more looks into the game’s battle system, private actions around town, and some fun character art of the gang acting casually in their everyday lives.

Star Ocean: Integrity and Faithlessness launches for the PlayStation 4 in 2016.