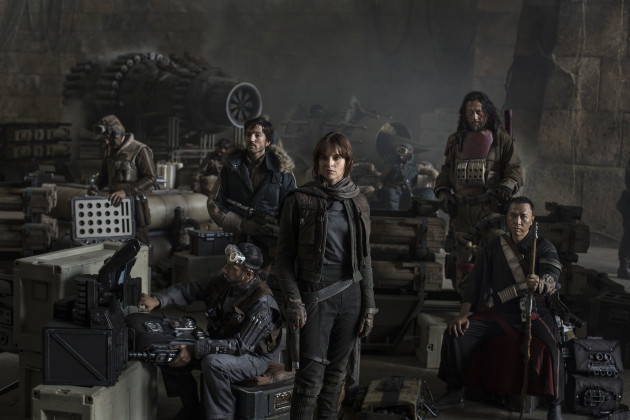 After releasing a photo for Rogue One last summer, Disney hasn’t said a solitary word about the upcoming spinoff. Should we be worried? Probably not. But Disney certainly has a lot of work to do when it comes time to educate the public, because at this point, we know pretty much next to nothing about the film—except for the fact that it takes place before Episode IV.

That said, possible new details about the film have popped up, framing what could be the most daring Star Wars film we’ve ever seen.

According to Making Star Wars, Disney will use the story of J. Robert Oppenheimer as the inspiration for Rogue One, with Mads Mikkelsen in the Oppenheimer role. Apparently his character, rumored to be named Galen, is the scientist who took over the Geonosian Death Star Project, solving several key flaws the Empire couldn’t.

His contributions lead to the Death Star’s creation, essentially making him responsible for any destruction the weapon causes. (In Episode IV, the Death Star eventually destroys Alderaan, along with millions of people on it.) For those who don’t know, Oppenheimer uttered the phrase, “Now, I am become Death, the destroyer of Worlds,” after he helped design the atomic bomb.

Under immense guilt, Galen defects from the Empire and turns to his daughter (played by Felicity Jones), who then has to undo the devastation brought on by her father. Apparently the character Jones plays is somehow involved in the world of bounty hunting, though she’s not a bounty hunter herself. Instead, the crew she leads might consist of bounty hunters, which means those in the above photo might have complicated, nefarious pasts.

Disney hasn’t confirmed any of these details, and seeing as we’re still 12 long months away from Rogue One’s release, chances are we won’t learn anything new for a while. Rogue One details have been pretty difficult to come by thus far, but if the film is anything like what Making Star Wars says it is, it’s going to be a great way for Disney to break out of the main Skywalker story.