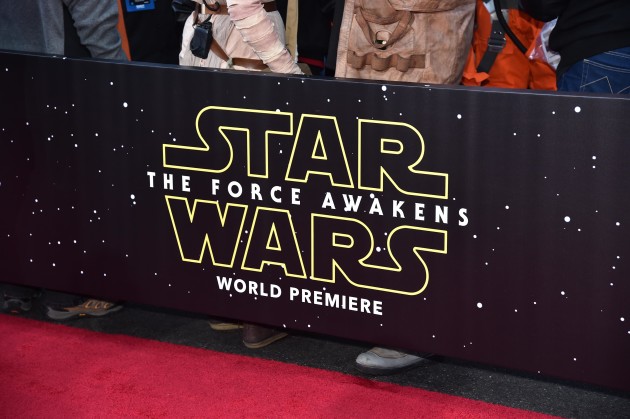 The Force has truly awakened at the box office since Star Wars hit theaters in December, to the point where Disney’s mega-hit is going to pass James Cameron’s Avatar. As of today, Disney says the newest Star Wars is on track to beat Avatar as the highest grossing film here in the U.S.—an impressive milestone achieved in only 20 days.

Disney said The Force Awakens had earned a total of $758.2 million domestically, putting it just shy of Avatar’s all-time U.S. record of $760.5 million. So by the time you’re reading this, there’s a good chance the new Star Wars will have passed Avatar’s domestic dominance; Disney said The Force Awakens pulls in about $8 million per weekday, and there are no signs of slowing down.

The Force Awakens has pulled in about $1.56 billion globally, so it still hasn’t quite matched Avatar’s whopping $2.7 billion total. Also sitting ahead of The Force Awakens (for now) is Jurassic World at $1.6 billion, and Titanic at $2.1 billion. Having only been in theaters for less than a month, however, it will probably be a different story when Star Wars eventually ends its theatrical run.

Star Wars has been breaking records left and right, and it appears as though the Force will be strong enough to make Disney’s new blockbuster the king of the box office when all is said and done.