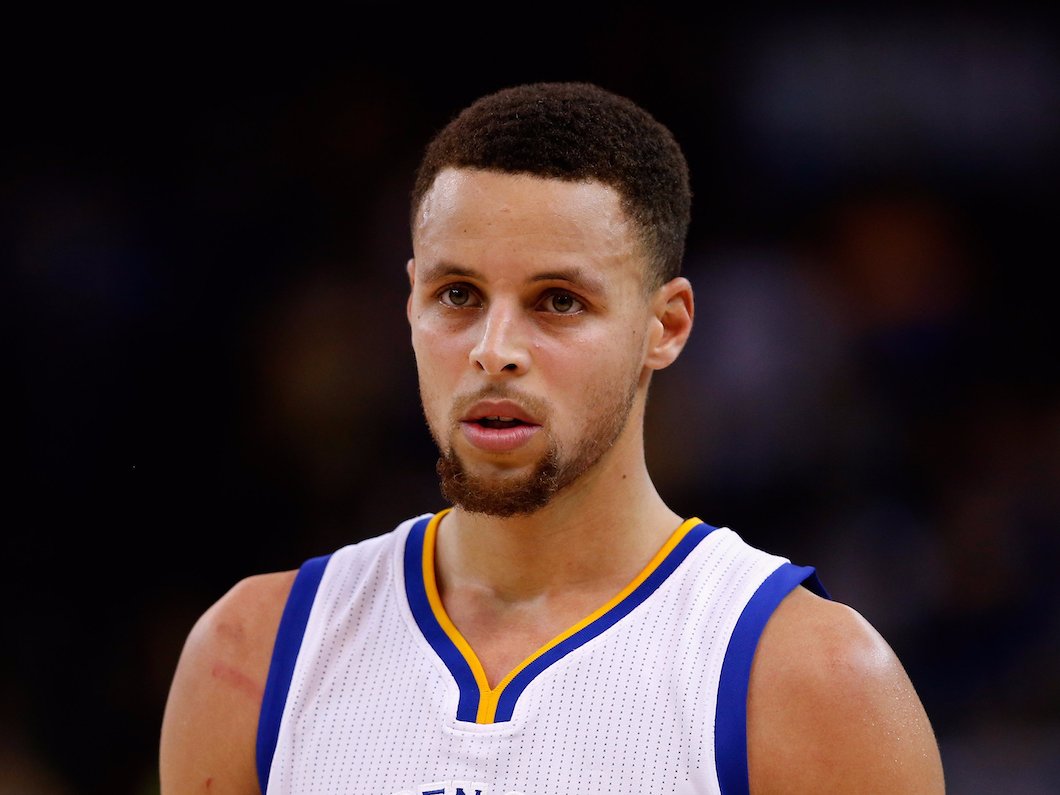 Warriors assistant coach Luke Walton can’t put his finger on one thing that Stephen Curry has improved upon the most this year.

The 2014-2015 MVP and reigning champion has somehow found a way to improve upon his incredible year — he’s now leading the NBA in scoring, he’s practically locked up MVP already, and the Warriors have gotten even better.

“I don’t know if there’s one thing,” Walton told Business Insider in an interview.

“He’s a better floor general. He’s shooting the ball at even a higher level. His understanding of the offense that was put in last year is obviously better. … Every aspect of his game has improved.”

What may stand out as Curry’s biggest improvement, however, has been his performance in the clutch. Because of Golden State’s dominance, Curry isn’t asked to play too many fourth-quarter minutes — he usually gets to enjoy them from the bench. However, when he has played, he’s been one of the best players in the NBA, statistically, a big jump from last season.

NBA.com/Stats measures “clutch” as moments in the last five minutes, with the score within five points or less between two teams. Curry is second in the NBA in points a game in the clutch, averaging over five points a game in those moments. However, as mentioned, it can be misleading because of Curry’s lack of playing time in these situations.

What’s eye-popping is 100 players have played more minutes in the clutch than Curry, yet Curry is 11th in total points scored. Perhaps even more impressive, only seven players in the top 50 of points scored in the clutch shoot 50% or better in those moments. Curry is one of them and five of the other players are big men or players who primarily score near the basket. As we all know, Curry is not a player who primarily scores from close distances.

In clutch moments, Curry is shooting 50% from both the field and from 3-point range. No other player who’s taken 25 or more 3-pointers in the clutch is shooting better from three than Curry.

Last season, Curry was 20th in total points scored in the clutch, and his shooting percentages were considerably worse, hitting 44% of his shots and just 22% of his threes.

“I agree that it’s remarkable that he never seems to get tired with how much he plays, with how much he’s constantly moving, normally defending the other team’s point guard,” Walton said. “The saying goes, ‘Fatigue makes cowards of us all’ — it doesn’t seem to really apply to him.

“Whether he’s tired or not, it doesn’t really show. He kind of always plays at that high level.”

Curry’s big moments feel bigger than other players. His 46-point performance in an overtime win over the Thunder in February was the stuff of legend, as he hit ridiculous shots like this:

And, of course, his wild game-winner:

“We play a fast-tempo game, and he’ll play the entire first quarter, normally the entire third quarter, and if it’s a close game, he’s finishing it out,” said Walton. “I don’t know if he did anything different in the offseason or not, but he’s in as good, if not better, shape anyone else in the league.”

If there’s bad news for the rest of the NBA, it’s that the new king of the league hasn’t just gotten better as a whole — he’s become even better in the biggest moments.