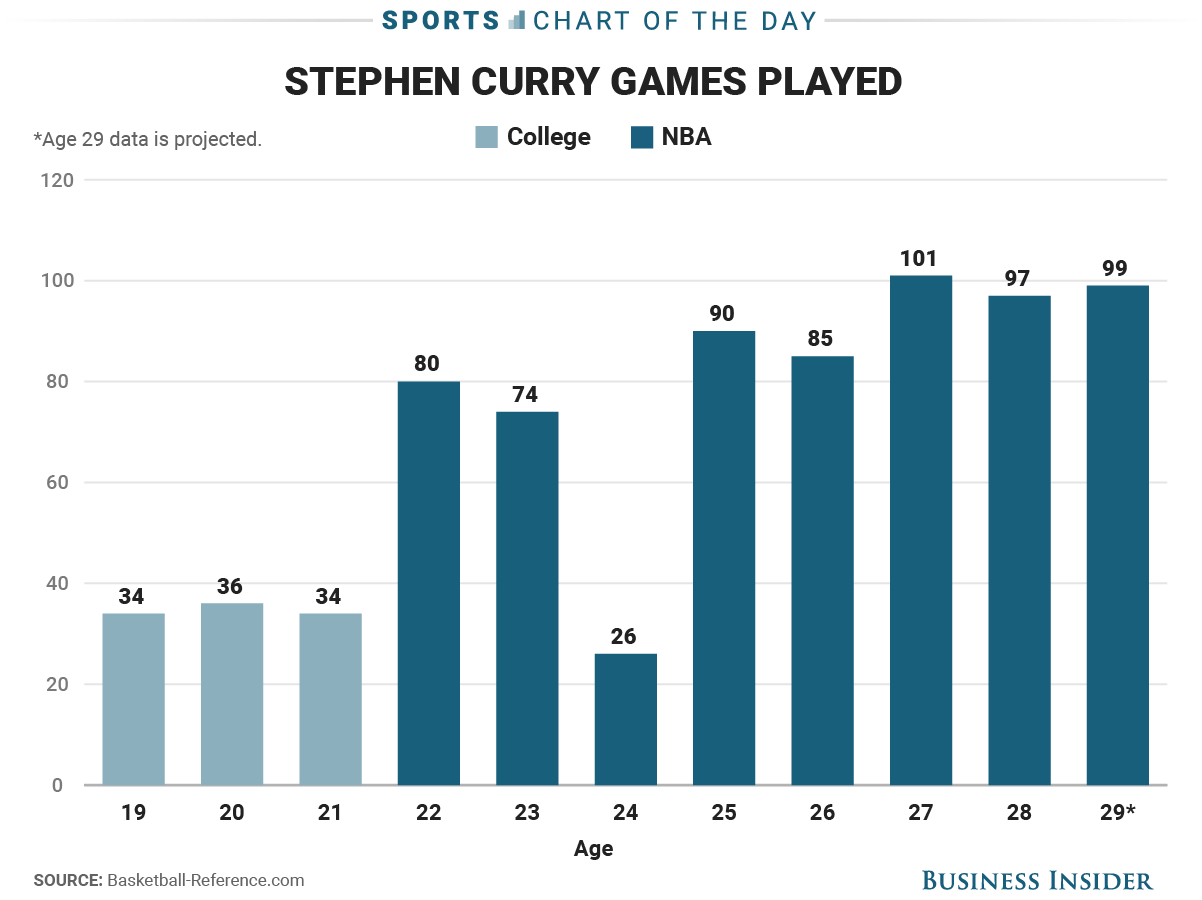 A lot has been made of the number of games and minutes LeBron James has played over the last six years, and yet he is built like a tank. Meanwhile, Stephen Curry’s mileage is starting to add up on a much smaller frame and a body that has already dealt with leg injuries.

Curry certainly keeps himself in phenomenal shape. But research has shown that the production of guards falls off quickly once they hit their 30s. Curry will turn 30 next season, and he is entering his 30s with more games under his belt than most guards play in their late 20s. That is a worrisome sign for a team will almost certainly give Curry a contract worth more than $200 million this offseason. SEE ALSO:The rise and fall of Aaron Hernandez: How he went from a rising star to a convicted murderer in the blink of an eye