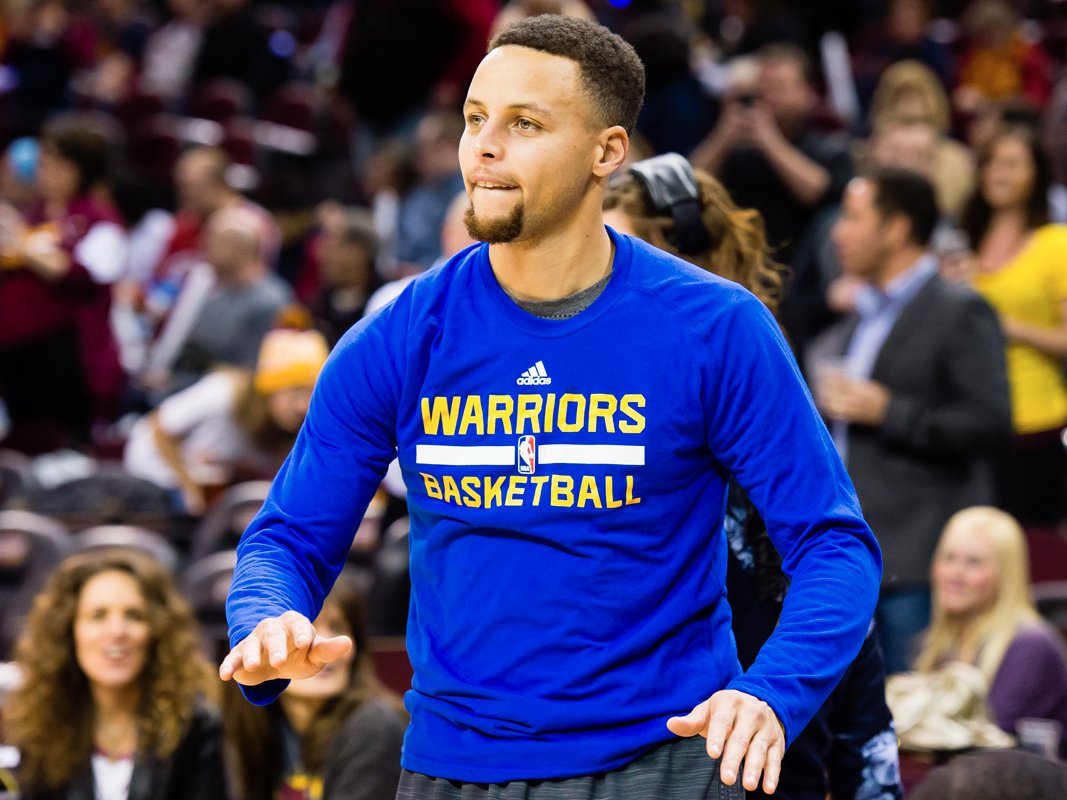 Here’s a look at the gorgeous, $1.8 billion stadium the Rams and Chargers would call home in Los Angeles

It wasn’t that long ago when Stephen Curry’s NBA future seemed in doubt, as he was constantly plagued by ankle issues.

In the 2011-2012 season, Curry managed only 26 games and had sprained his ankle five times. And this was after he had undergone surgery to rebuild two ligaments in his ankle.

However, Curry has managed to stay healthy since those early ankle problems, and, as a result, he’s become the best player in the NBA.

As ESPN’s Pablo S. Torre wrote in a fascinating piece, Curry’s rise has been the result, in part, from a training routine a Warriors medical staffer named Keke Lyles developed during Curry’s early seasons. Lyles found Curry was relying far too much on his ankles for his speed and change of direction, so he developed a routine to strengthen Curry’s core and lower body.

“Shiftiness is an ankle strategy, but power comes from the hips,” Lyles told Torre. “We wanted to teach Steph how to load his hips to help unload his ankles.”

Torre described the routine that Lyles developed for Curry — and how quickly Curry mastered it:

Curry swiftly perfected a yoga pose called the single-leg hip airplane, designed to build balance and core strength. He conquered the hip hinge, the fundamental movement of explosive lower-body exercises, in 10 minutes. He even mastered textbook trap-bar dead lifts, which amplify glutes and hamstrings, during his introductory session with Lyles. Other players typically need a week.

At first, a willowy Curry could deadlift a pitiable 200 to 225 pounds … By Curry’s second year in the program, his dead lifts could touch 400 pounds — more than twice his body weight and second most on the Warriors behind 6-foot-11, 265-pound center Festus Ezeli.

Curry’s backcourt partner, Klay Thompson, told Torre, “The man was always in the gym. Steph just stuck with the routine. He works on his body just as much as he works on his jump shot.”

Payne said Curry’s core strength is “second to none.”

Curry’s athleticism is unique — he’s thin, wiry, and not an explosive leaper like LeBron James, Russell Westbrook, or some of his other elite peers. Instead, Curry, who is still obviously chiseled, is shifty, lightning quick in all aspects, and incredibly coordinated.

Plays like these speak to his athleticism as much as his skill:

As Warriors assistant GM Kirk Lacob told Torre, “The way Steph moves, 98 percent of the world would hurt themselves trying to run like that. I think people would pay to watch Steph work out.”

Torre reports that fears of injury still run deep throughout the Warriors, but Curry has been mostly healthy for four years now and has gotten smarter about taking care of his body.

In a strange way, his early ankle issues may have benefited him and the Warriors, as they helped turn Curry into the beast he is today.