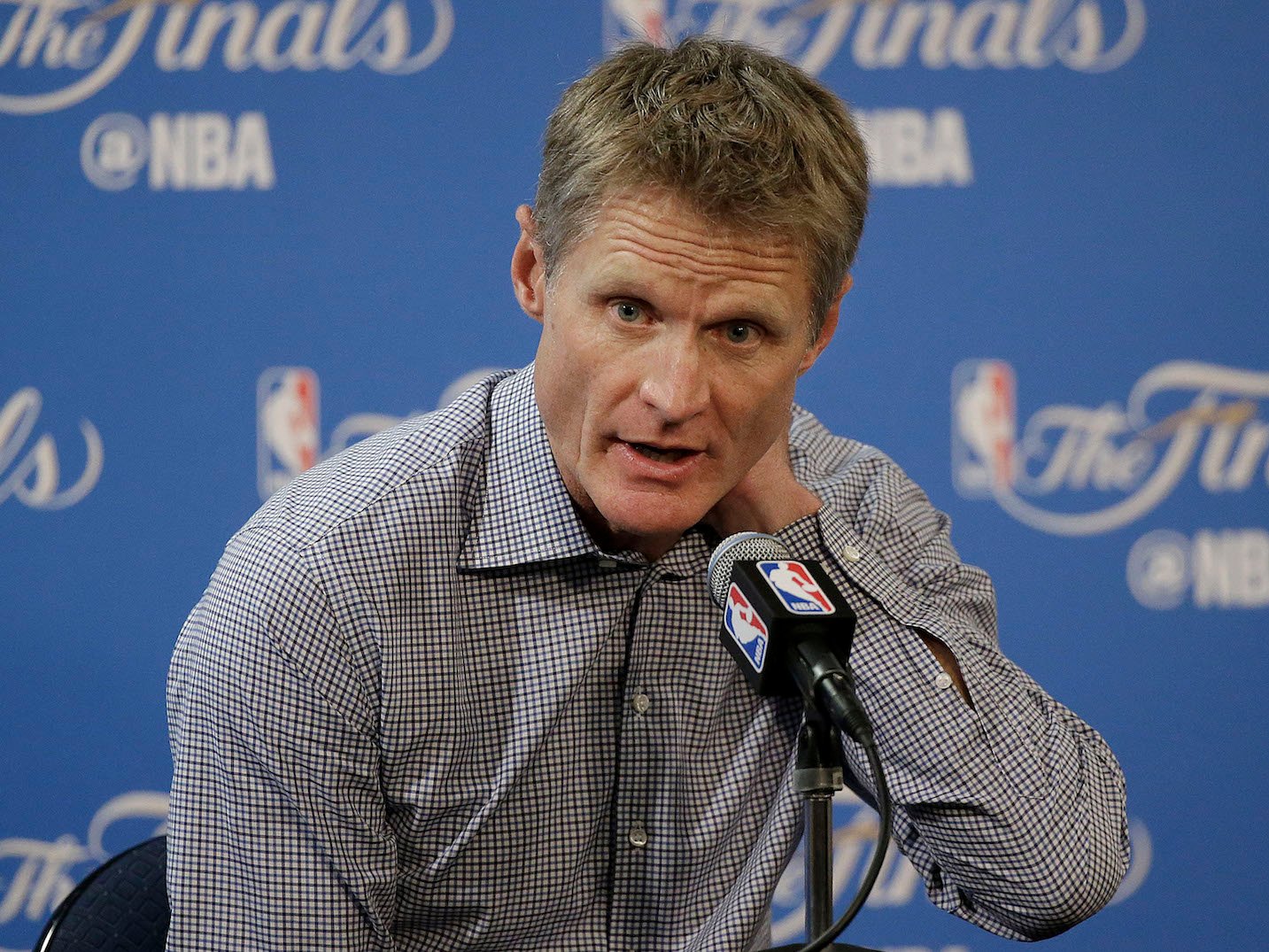 Kerr missed the Warriors’ Game 3 win over the Portland Trail Blazers on Saturday, with assistant coach Mike Brown coaching the team in his absence.

On Sunday, Kerr announced his absence was related to lasting pain from back surgery he had in 2015, shortly after the Warriors’ championship win over the Cleveland Cavaliers.

“This past week, for whatever reason, things got worse, my symptoms got worse, and I was not able to coach” said Kerr, who missed the start of the 2015-16 season due to chronic pain as a result of the surgery. “The last few days have been difficult … I was uncomfortable at practice the other day, and with things getting worse, I just made the decision I couldn’t coach.”

Kerr said he’s consulting doctors and hoping for improvement, but said he will not return to the sidelines unless he’s feeling better.

“If I can get some improvement, I’ll get back on the sidelines, but I’m not gonna do that unless I know I can help the team,” Kerr said. He will not coach Game 4, he added.

While Kerr wouldn’t specify the recent afflictions, saying only that he felt “discomfort and pain,” he did say that he would tell anyone suffering from back pain not to get back surgery.

Kerr has only briefly opened up about the aftermath of his surgery in the past. ESPN’s Ramona Shelbourne reported in 2016 that Kerr was suffering from debilitating head aches after the surgery, which held him out of the beginning of last season. Kerr made headlines late in 2016 when he said he experimented with medicinal marijuana to try to relieve the pain.

For now, the Warriors may be without their head coach for the remainder of the season, which could matter down the line if they continue to advance deep into the postseason.

Steve Kerr updates his health status, says symptoms have worsened, he will not coach tomorrow and status unknown beyond pic.twitter.com/qtQRAYYHvq